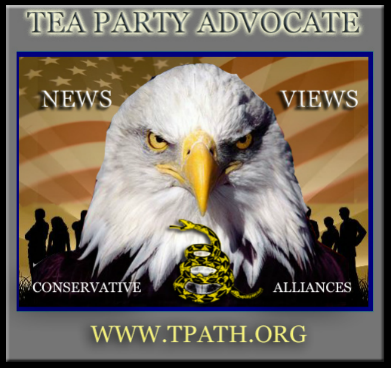 (Aug. 18, 2013) — This week Mark Levin provided a lightening rod to movement Conservative by lending credibility to the “alternate” amendment process.  While this issue is not new, it has been a point of contention among Constitutionalists who realize that our Republican form of government has gone down the tubes.  There have been factions that argue both for and against the amendment process.  One faction, led by a myriad of well-respected Conservative voices, vehemently argues against it claiming that it can lead to a run-away Convention (known as a Con-Con) that will result in the total dismantling of our Constitution.  The other faction, with equally well-informed voices but less of them, argue that there is another process provided in Article V of our Constitution that hands the process over to the states rather than Congress and will not risk a run-away Convention since it is a single issue process. Mark Levin has joined the ranks of the latter faction.

The faction arguing against the amendment process has been winning the debate – partially out of fear.  Those who may respect both factions have decided that the risk outweighed the advantage – and so nothing along these lines has been done.  Then enter “The Liberty Amendments” book by Mark Levin, well-respected talk show host and President of Landmark Legal Foundation.  Levin articulately argues that Article V, along with Federalist Paperi No. 85, make it clear that there is an alternate route to the amendment process that by-passes Congress and requires ratification by ¾ of the states, which is a substantial number.  Federalist #85, written by Alexander Hamilton, also makes it clear that this route is a single-issue route, which indemnifies the process against turning into a Con-Con.

In his book, Levin suggests several amendments that, if implemented, would restore the liberties our run-away government has usurped.  While all the amendments make sense, some more than others, it is the first that is the subject of this writing:  Term Limits. Recently on Hannity’s show, Levin briefly went through each of his proposed amendments but he failed to explain the practical reasons why Term Limits would serve the public’s best interest.  Therefore, I will attempt to explain my reasoning for favoring this particular amendment.

What happens when a candidate is elected?

1. They become an incumbent in the next election.  This gives them the advantage of name recognition.

2. Once they are in office, they are barraged by special interest groups, which pressure them and make them rich. Research any congressman’s or senator’s net worth statements before they are elected and compare that to their net worth after they are elected.  Some can be attributed to their absurd salaries, which they have voted for themselves and their Cadillac benefit packages, but not all.

3. They become indebted to the special interest groups that they have developed a “relationship” with, many of which have donated to their campaigns and war chests.  This translates into them representing the special interests in lieu of their constituents who have elected them.

4. They receive the benefit of media exposure whenever they so deem.  Challengers do not have such an advantage, which puts them at a significant disadvantage.  Oftimes challengers cannot even get their Press Releases published.

5. They receive endorsements by those whom they have done favors for while in office, or those to whom they promise favors to in the future.

6. They become party-hacks who fall into the party-line, being taught that they must “play-along-to-get-along.”  This opens them up to compromise and negatively impacts any leadership qualities they may possess. If they go against the “Party” they know that they will not receive Party support in their next election.

7. Re-election becomes their obsession and they have learned that giving away favors or freebees translates into votes. Effectively, they buy the votes of many by giving away or compromising either what is right or what is ours, and they are in a position to give away much.

9. They create the illusion that they know better than the rest of us and have placed themselves in Ivory Towers that it is nearly impossible for the average citizen to breech.  Their Party protects them, the media protects them, special interests with deep pockets protect them, and the entire system is designed to protect them.

As Levin pointed out and many understand, our Founders never intended that our system of government would be usurped by career politicians.  They were supposed to do their civic duty, serve their constituents, and return home to work in the communities they represented and live under the laws they created. But as cited above, there is more to the argument.

Once in office, these elitists are nearly impossible to throw out.  The longer they are in office, the more impossible it becomes.  Case in point: Charlie Rangel, the lovable tax cheater who should have been ousted out on his charms but was amazingly re-elected even after exposed for tax fraud.  And I can only guess that Senator Menendez’s sexual exploits will not offer any contest for the incumbent predator in his bid for re-election.  After all, the charismatic Barack Obama with his disgraceful record and numerous scandals managed to win another term – thank God we have term limits for presidents.

As I had said in a previous article, these politicians may wear fancy clothes, they may sound good, they may photograph well, and they may convince us that they are our best friends, but they are bums nonetheless, and it is high time we find a way to throw the bums out!

I say we fight while we still can. Winston Churchill once said:

Still, if you will not fight for the right when you can easily win without bloodshed; if you will not fight when your victory will be sure and not too costly; you may come to the moment when you will have to fight with all the odds against you and only a precarious chance of survival. There may even be a worse case. You may have to fight when there is no hope of victory, because it is better to perish than live as slaves.

Article V of the Constitution gives us a weapon to fight with.
It’s time we pick it up and use it while we still can.

The Federalist Papers were written under the pen name of Publius by our Founding Fathers, John Jay, Alexander Hamilton and James Madison.  They were a series of articles printed in newspapers after the Constitutional Convention that explained the details of the Constitution to the populace.  This was done prior to the ratification of the Constitution in order for citizens to be well informed about the document that they were being asked to ratify and which would become their instrument of government.

One Response to "Throw the Bums Out! pb"