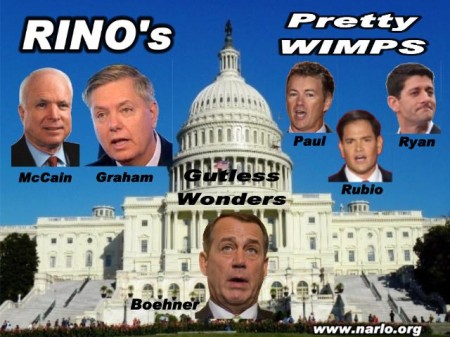 (Jul. 28, 2013) — “Men make history and not the other way around.  In periods where there is no leadership, society stands still.  Progress occurs when courageous, skillful leaders seize the opportunity to change things for the better.” — President Harry S. Truman

“A true leader has the confidence to stand alone, the courage to make tough decisions, and the compassion to listen to the needs of others.  He does not set out to be a leader, but becomes one by the equality of his actions and the integrity of his intent.”  — General Douglas MacArthur

What is interesting about these two quotes, even though both men were possessed with great wisdom and leadership, the former fired the latter.

“Gorbachev, tear down this wall.”  This was the conclusion to a famous speech given by President Reagan in Germany at the Brandenburg Gate on June 12, 1987.  The Brandenburg Gate was embedded in the Berlin wall and separated free West Germany from dictatorial and Soviet puppet East Germany.

Many in Reagan’s administration thought that the phrase was “too extreme,” “un-presidential,” or might increase East-West tensions.  The wimps in Reagan’s administration, like Howard Baker and General Colin Powell, advised Reagan against using the phrase.  Reagan, being the true, confident leader that he was, liked the phrase and kept it in the speech.  The wall came down and the Union of Soviet Socialist Republics began to disintegrate.  The rest, as they say, is history.  Reagan “seized the opportunity to change things for the better” and had the “courage to stand alone and make the tough decision.”

We submit that no such man exists today in the known field of those men who have the stated ambition to lead this nation in the spirit of its founders.  We have a plethora of RINOs (Republican in Name Only) such as U. S. Senators John McCain (AZ) and Lindsey Graham (SC) who have considerable difficulty with their oath to preserve, protect and defend the U. S. Constitution.  They are always anxious to join the other side in the spirit of compromise when compromise means forsaking their sacred oath.  They seem to be perplexingly on the wrong side of the issues as they relate to conservative values.  Unfortunately, there are a lot of McCains and Grahams in the U.S. Senate and in the U.S. House and even in state legislatures all around the country.

To prove the point about McCain, a White House aide told the Politico on July 23rd, 2013 that: “We have been looking literally for years for someone we can cut deals with, and finally someone has stepped up.”  West Wing aides say they now talk with McCain roughly every other day.”  Guess who is backing McCain in his “cutting” deals with the White House ….. Lindsey Graham, another RINO?

Then we have the newcomers on the scene that have shown an interest in becoming the top conservative dog.  Representative Paul Ryan, VP Nominee to the losing Presidential conservative candidate, Mitt Romney, showed a little fire in the belly during the 2012 campaign, but in our opinion, lacks the aura and the personal power, much less the experience to lead America.  Maybe one day.

Mitt Romney could have defeated Barack Obama in the 2012 campaign, but he chose to lie back and be the nice guy instead of being willing to use all of the weapons he had in his arsenal that would have exposed Obama for the charlatan and the fraud that he is.  As the old adage tells us, ” …. he that does not give his all to the battle will most likely lose the war.”

U.S. Senator Marco Rubio, son of Cuban immigrants, has suddenly risen above the din to join the Gang of Eight in drafting an Immigration Reform Bill, along with RINOs McCain and Graham.  He talks a good line about immigration reform but ignores the history and the reality of the illegal immigration problem.  Reagan tried to solve the problem by granting amnesty to 3,000,000 illegal aliens and by signing legislation that would tighten up immigration enforcement.  As just about everyone knows, the illegals got amnesty but the enforcement needed to stop the flood didn’t happen.  That decision by Reagan, although many think noble at the time, ended up being just one more magnet for the illegals to risk crossing our borders and entering American society from the shadows and gaming the system for free handouts.  Now the Gang of Eight and most of the Democrats want us to do the same thing for 11,000,000 illegal aliens (it’s way more than that for sure) with the promise of closing the borders and tightening up immigration enforcement.  For anyone who believes that closing the borders and tightening up immigration enforcement will happen, we have a bridge in New York we will gladly sell you, and we don’t even own the bridge.

So Rubio now has two strikes against him to becoming the conservative leader of America.  He has joined the RINOs in questionable legislation and actually believes that the government will do what it is required to do under the new law (if it passes and that is in doubt).  That is naive at best and negligent at worst.  An imperial president like Barack Obama can write some vague executive order and undo what the Congress did in a second, as Obama has done on numerous occasions.

Some say Rubio has a third strike against him, in that his parents were not legal citizens of the United States when he was born in America, which could allegedly disqualify him from becoming president.  We are not going to take sides on that issue one way or the other, as it has been debated ad nauseam.  But more than that, Rubio has not shown the true qualities of independent, courageous leadership that could lead this nation into prosperity and have the guts to tell a foreign leader to “tear down this wall.”

Rand Paul, son of the fringe libertarian candidate Ron Paul, has shown signs that he would like to take up the mantle of leadership where his father left off.  He has projected some independence and the willingness to go out on a limb for a principle, but that in and of itself does not necessarily qualify him to lead America in the direction its Founding Fathers intended.  He has yet to be fully tested and it remains to be seen where he will drift under the continuing pressures he will endure in the U.S. Senate.  He is still young and will perhaps mature over time.

In our category of gutless wonders, House Speaker John Boehner comes to mind.  John is a nice guy, there is no doubt.  But he seems to be looking for his other shoe most of the time.  He’s not leading; he is like a cottonwood seed floating on the wind.  Every now and then he issues what appears to be a strong statement, but there is no power and no will of commitment behind the statement.  Hopefully, he will not run for president.  We have had too many nice guys running as the conservative nominee of the Republican Party.  There have been too many Doles, McCains, Huckabees, Cains, Pauls, Perrys and Romneys, either running for, or being elected to, the position of standard-bearer for conservative values.

Are there other conservatives out there today who have the courage, knowledge, skill, experience and wisdom to become president?  If there are, they have not presented themselves as yet.

Back in the early 1980’s we decided to join a large city chamber of commerce to boost our business exposure.  Several committee assignments were available at the time, but having a significant interest in politics we decided to join the Governmental Affairs committee.   Within a few months we were nominated to be the chairman of the committee and led it for a couple of years.  Later, we were appointed as a Vice President, having jurisdiction over several committees.  Shortly after that we were appointed to become a director of the entire chamber and sat on the board for at least two more years.

One day one of the officers of the chamber invited us to lunch to discuss the issue of leadership.  He questioned our rather quick rise to the top and how it happened.  He wanted to know what were the qualities that pushed us in the direction to become a leader, because the chamber wanted to attract more leaders.  The only meaningful answer we could give was that we were pushed there by our own ambition and the desire to become better known in the community.

Some are good at it and others fail miserably.  When leaders succeed, people tend to be better off.  When they fail, the people suffer the consequences, as we are suffering now under the leadership disaster of Barack Obama.

The highly educated idiot professionals will tell you that you can create a leader through training and education.  They are only partly right.  Leaders are born by virtue of their own ambition.  Training and education MAY help them to become better leaders but it is not always true.

So once again, ladies and gentlemen, we ask, where are the leaders like George Washington, Thomas Jefferson, Abraham Lincoln and Ronald Reagan?  Where are the men of vision for noble purposes?  Where are those men who believe unwaveringly in the natural, God-given rights of the individual and who cannot be corrupted by moneyed interests or the party elite?   Where are the conservative men who are not RINOs, pretty wimps, or gutless wonders? Or, are we naive in believing that there are now, or ever have been, such men?

NOTE: In this article, we have focused on the “men,” even knowing that there have been many successful, strong and resourceful women who have been elected to the position of leader of a country.  Margaret Thatcher (England) and Golda Meir (Israel) come to mind.  Nevertheless, we have some doubt as to whether there is an American woman leader today who will rise to the top and become President of the United States at this time.  It is possible that Hillary Clinton could be that person, but she hardly qualifies as a leader of conservative values.  We can only hope that if she does run, she is soundly trounced and both Clintons fade away into obscurity.

Ron Ewart, a nationally known author and speaker on freedom and property issues and author of his weekly column, “In Defense of Rural America,” is the President of the National Association of Rural Landowners, (NARLO) (http://www.narlo.org) a non-profit corporation headquartered in Washington State and dedicated to restoring, maintaining and defending property rights for urban and rural landowners. Mr. Ewart can be reached for comment at ron@www.narlo.org or by ‘phone at 1-800 682-7848.