WHY A DOMESTIC WEAPONS ARSENAL?

Over 240 years later, then-candidate Barack Obama said: ““We cannot continue to rely only on our military in order to achieve the national security objectives that we’ve set. We’ve gotta (sic) have a civilian national security force that’s just as powerful, just as strong, just as well funded [as the United States military]”

By deliberately defunding, overextending, and hollowing the Department of Defense, the only legitimate agency of the U.S. government with a war mission, and instead building a national security force that may soon to be just as powerful, the Obama administration has, in effect, declared war against our Nation’s citizens – in direct violation of the terms and conditions of the citizen’s contract with them, the Constitution for the United States.

By now it would appear obvious to all that the only way to end this war before any violent confrontations occur would be for our elected officials to disarm, disband, dissolve, and disestablish this ‘national security force’ – the DHS – immediately.

Here’s where you can help.

A few weeks ago, a retired Army Officer forwarded a letter to his elected Congressional representatives demanding the disestablishment of the DHS and the turning over of their weaponry to the rightful Constitutional organization, the Department of Defense (DoD). That letter appears below, – simplified so that all you need to do is change the names and fax numbers for your 2 Senators and Representative, and your /s/ signature line, city and State.

Your mission, should you choose to accept it, is to take 5 minutes to enter the names and fax numbers of your Senators and Representative (find their names & fax numbers here) and your /s/ signature line on a copy of this letter, and fax it in to them in D.C. (If necessary, just print out the letter as is, white-out the appropriate names and details and hand-write yours, and fax).

“With the privilege and honor of living under and/or swearing to our Constitution,
comes the responsibility and duty of defending, maintaining and adhering to it.”

Neil B. Turner
Citizens for the Constitution
NBTurner@RoadRunner.com

Re: Department of Homeland Security (DHS) and that agency’s preparation for war against citizens of the United States of America

It is with gravest concern that I write to you today concerning the recent appropriation of weapons by the Department of Homeland Security (DHS) that can only be understood as a bold threat of war by that agency, and the Obama administration, against the citizens of the United States of America. To date, DHS has been unwilling to provide to you, the elected representatives of the People, justification for recent purchases of more than 7,000 mine-resistant ambush-protected (MRAP) armored personnel carriers, 1.6 billion rounds of ammunition (with associated weapons), and other weapons, when, in fact, the DHS has no war mission or war making authority within the limits of the United States of America.

“We cannot continue to rely only on our military in order to achieve the national security objectives that we’ve set. We’ve gotta (sic) have a civilian national security force that’s just as powerful, just as strong, just as well funded [as the United States military]” — Candidate Barack Obama, 2008.

The Obama administration is deliberately defunding, overextending, and hollowing the Department of Defense; the only legitimate agency of the U.S. government with a war mission.

This act of the Obama administration as a glaring threat of war against our nation’s citizens! This act of the Obama administration can only be understood as a tyrannical threat against the Constitution of the United States of America! If left unresolved, the peace-loving citizens who have sworn to defend the United States Constitution “against all enemies, both foreign and domestic”, are left no except to prepare to defend themselves, and the U.S. Constitution, against this Administration’s “coup” against the People and the foundations of liberty fought for and defended for the past 238 years. We have no choice if we honor our oaths and/or allegiances to the Constitution.

The only proper response to this threat against the American people is for the representatives of the People, the members of the U.S. House and Senate, to demand in clear terms that the Administration cannot ignore, that the Department of Homeland Security immediately surrender their newly appropriated weapons of war to the Department of Defense (DoD). Further, since the DHS has assumed a position in the Administration to enforce the tyrannical acts of this president against the People of the United States against the limits of the United States Constitution, it remains for the United States Congress to exercise its limiting power in the balancing of powers established by our founding fathers, to disestablish and dissolve the DHS as soon as possible. One needs only to look to the rise of Adolf Hitler, and his associated DHS organizations, the SA and the SS, of 1932-1934, to see the outcome of allowing an agency of government this kind of control over the free citizens of a nation. The people of Germany could not have imagined, until it was too late, the danger of allowing a tyrant this kind of power. We must not be so naïve as to think it will not happen to us as well if we remain passive toward this power grab by the Marxist Obama administration!

Finally, for more than two centuries the nation has lived in peace at home because of the protections of our legitimate military and the many appropriate state and federal law enforcement agencies, supported by Constitutional courts. We today at a cross-road. Will we allow this present Administration to overthrow our United States Constitution and its legal processes to amend injustices, or, will we honor our obligations to defend the Constitution against a “domestic” enemy?

Our Constitution lays out the proper methods of resolving our differences; and it does not include its overthrow by a rogue agency of a Marxist leadership at home. You, Congress-member, are our constitutionally elected agent to defend our Constitution at home. We are counting upon you. We remain aware, however, of this present threat and will not expose ourselves as an easy prey to the authors of the destruction of our nation.

I know that this letter demands much of you. We elected you because we, the citizens of your State, believe that you are up to the task at hand and will, against all threats, honor your oath and office. We are also writing to your fellow members of the House and Senate to stand in integrity with the Constitution and against this present threat by the Obama administration and his DHS.

We refuse to surrender our Constitution for the United States of America, or our Nation! 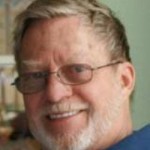 Neil B. Turner graduated from the University of Rhode Island in 1957 with a Bachelor’s degree in Civil Engineering. He served his country for 7 years as an Army Aviation Officer, then lived internationally in such diverse countries as Germany, The Philippines, Hong Kong, and Australia. In 2008, he was a CA Elector for the Constitution Party’s presidential candidate, Dr. Chuck Baldwin, and has been involved in the Article II, Section 1 constitutional requirements for the Office of President ever since.

He can be reached at: NBTurner@RoadRunner.com

Arming the DHS is an Act of WAR Against the Citizens of America! pb added on Thursday, April 11, 2013

2 Responses to "Arming the DHS is an Act of WAR Against the Citizens of America! pb"