OBAMA APPOINTEES SEEK TO IMPOSE IDEOLOGICAL CONTROL OVER OUR ENERGY, ECONOMY AND PROPERTY 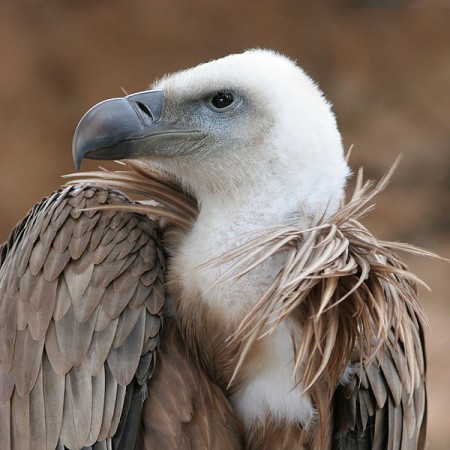 (Mar. 24, 2013) — Gina McCarthy, Obama’s choice to replace Lisa Jackson at the Environmental Protection Agency, has been chastised for having lied to Congress, in claiming that EPA did not use “dangerous manmade climate change” to justify new 54.5 mpg standards for cars and light trucks. She’s also been implicated in the agency’s practice of using fake emails to hide questionable dealings and activities.

These issues highlight attitudes toward ethics, law and public policy that prevail at EPA and too many other government agencies. However, that attention should not distract from other important matters.

Ms. McCarthy may be the worst of the new nominees. In addition to her dishonesty, she helped devise onerous mercury and soot rules that employed junk science to shutter coal-fired power plants and kill thousands of jobs – and those vehicle mileage standards, which will force people to drive less safe cars that will cause millions more serious injuries and thousands more needless deaths every year.

However, she, Ernest Moniz for Energy and Sally Jewell for Interior are all team players for the Obama White House; they all share ideologies and agendas that bode ill for America’s and the world’s energy, economic, health and environmental future. They represent a rapidly expanding, increasingly powerful government class that is determined to control what we eat, say, do and buy.

In the environmental arena, these would-be czars and czarinas want to regulate what kinds of energy we can produce and use, cars we can drive, and jobs and living standards we can have. They are the vanguard of a dangerous alliance of eco-imperialism and vulture environmentalism.

Driven by utopian, Deep Ecology and global governance ideologies, elected and unelected ruling elites pass laws, promulgate regulations and issue edicts, based on faulty to fraudulent science and unsupported proclamations about dangerous manmade global warming, resource depletion and sustainable development. They seek to radically and fundamentally transform the energy, economic and social fabric of our nation and world – in the name of “social justice” and “saving the planet.”

They operate with little or no transparency or debate, often with vague or minimal legislative or constitutional authority, and with virtually no accountability for the false pretexts they use to justify their intrusive actions, or the harm they cause to people and wildlife. Their attitudes and actions often reflect a callous disregard for environmental values and people’s property, civil rights, jobs, health and even lives.

Our courts give them almost limitless discretion to impose laws and regulations, select pseudo-scientific “facts” to justify them, and ignore both the imaginary benefits and substantive harm they cause. They allow and encourage sweetheart “sue and settle” legal actions between regulatory agencies and activist groups, capricious agency inaction on mineral leases and permits, and arbitrary bureaucratic waivers of endangered species and other environmental laws for gigantic wind and solar projects.

Nameless, unelected, unaccountable bureaucrats effectively control the lands and resources of federal lands that constitute 30-86% of the acreage in Alaska and our eleven westernmost states. America’s federal, state and private lands are rich in energy, mineral, timber and other resources that offer vast job and revenue opportunities. We could easily have drilling, mining, forestry and ranching, along with recreation, wildlife, parks and wilderness – and for decades government regulators emphasized this “multiple use” approach. But today, environmentalists and bureaucrats block these uses and vigorously promote preservation.

Today their motto seems to be: If it creates real energy, jobs and revenues – pillory, ban, delay and regulate it out of existence. If it can be labeled “renewable” – mandate it, subsidize it, waive endangered species laws, and ignore the policies’ impacts on wildlife and on people’s health and well-being. Instead of ensuring that resource development activities are conducted properly, don’t permit them at all.

Under their agenda, US domestic oil and gas production climbed during Mr. Obama’s tenure – but the increase was all on state and private lands, mostly because of fracking and despite Team Obama, which is trying to limit and control this game-changing technology even there. On federal lands, oil production fell 23% and gas production plummeted 33% from fiscal-2010 to FY-2012 – dragging jobs, living standards, and federal bonus, royalty and tax revenues downward with them.

The eco-imperialists profess concern for human health and lives, wildlife and environmental quality. They demand pristine air quality to reduce risks that exist only in EPA computer models. But then they issue lethal vehicle mileage regulations, corn ethanol standards that increase global food prices and harm nutrition, and myriad rules that kill jobs and cause foreclosures, stress, and more heart attacks and strokes. They blame deadly wildfires on global warming, instead of on Deep Ecology policies that prohibit forest thinning, prevent treating insect infestations, and require substandard fire suppressants.

Nearly 700 million people in Sub-Saharan Africa rarely or never have electricity. As a result, pollution from open fires causes asthma and other lung infections that kill a million African women and children annually; countless more die from intestinal diseases due to eating spoiled, unrefrigerated food. And yet, during a speech in Ghana, Mr.natural  Obama said hungry Africa should rely on its “bountiful” wind, solar and biofuel energy, while his administration refused to provide or support loans for gas or coal-fired generating plants, because he believes Earth is “threatened” by global warming.

Eco-imperialist politicians, regulators and environmentalists demand heavy penalties for birds and other wildlife killed by petroleum-related accidents. They delay or ban drilling, fracking and mining because these activities might “disturb” sage grouse. But when millions of birds and bats are exterminated year after year by wind turbines, they turn a blind eye and actively help hide the horrific slaughter, while ignoring evidence that turbines impair the health of people living near them.

Radical greens used imagined threats to the western spotted owl to eliminate logging jobs and a way of life in western states, to create playgrounds for the green 1 percent. Now the feds plan to shoot formerly eastern barred owls, to keep them from breeding their spotted cousins out of existence – before their habitats are incinerated in fiery conflagrations brought on by other ignorant eco-imperialist policies.

In states and communities all over the USA, the Endangered Species Act, Agenda 21, critical habitat areas and buffer zones, endless regulation and litigation, advisory panels stacked with eco-activists but nearly devoid of private property owners, lowball appraisals of lands and water rights, climate change scare stories and other tactics are used repeatedly to seize title or control over property, without payment of just (or any) compensation. The abuses are endless, and are occurring over the planet.

In just one example, over 20,000 Ugandans were evicted, impoverished and left homeless by the New Forest Company and government authorities, to make way for foreign investors promoting “clean development mechanisms” and carbon-trading credits, as solutions to “runaway global warming.”

We went to war with England over far less than this, back in 1776. It’s high time that our environmental laws were again used to address real air, water and wildlife problems – instead advancing what Greenpeace cofounder Patrick Moore has called the “anti-science, anti-technology, anti-human” agenda of eco-imperialists and vulture environmentalists.