TRIAL REGARDING ADOPTION TO BE CONTINUED

(Feb. 28, 2013) — The Henderson family was reunited briefly for two hours during visitation on Wednesday following an incomplete trial on February 21.

Jeffrey and Erica Henderson have been attempting to regain custody of their children, who are in DCFS foster care, for almost three years.  In July, their seventh child was born, and because Erica refused to sign a Voluntary Care Plan admitting that she could have abused him, DCFS workers and Los Angeles police officers seized him from her on August 31.  The Post & Email learned of the story shortly thereafter and began investigating it.

Judge Marguerite Downing has been presiding over the many hearings in the case and was informed months ago that the paperwork ordering the confiscation of the baby was never completed properly.  The parents have been shut out of several hearings, thrown out of the courtroom on several occasions, and have reported being followed while in the courthouse and while departing the parking lot.

Last Thursday’s trial was adjourned because some of the witnesses did not make an appearance.  Mrs. Henderson was called to the stand when Downing announced that the matter would be continued to another date not yet announced. The results of the trial will determine whether or not the children will be placed for adoption.

Our last letter to supervising Judge Michael Nash written in October asking to see the Henderson file has gone unanswered.  Despite DCFS’s declared goal of reunifying family members, reunification has never been tried with the Henderson family.  Their scheduled Sunday visits have been suspended because of the lack of a fully-screened monitor ordered by Downing.

A confidential report leaked to The Los Angeles Times cites 16 cases in which children in the DCFS system died as a result of poorly-trained social workers.  The Hendersons have reported several injuries to their children while they have been in foster care, including an instance of sexual abuse after which no corrective action was taken.

The DCFS Public Affairs Officer and his assistant have been provided access to The Post & Email’s coverage of the Henderson case.

Jeffrey Henderson has been interviewed on internet radio on several occasions about the family’s ordeal, which began in May 2010 after someone in their former neighborhood placed an anonymous call to the DCFS hotline claiming that Jeffrey had slapped his daughter, something he denies.  The Los Angeles police used a battering ram to break down the door of the parents’ home without a search warrant, which the parents had demanded to see.

Mrs. Henderson is making plans for when, not if, the children are returned to her.  On Wednesday evening, she reported a generous donor “from the other side of the world” who has assisted in the reunification effort.  Erica also posted the following last night:

“Our dear friend XXXXXXXXXX has graced us with her presence once again today. She drove up from San Diego to bring us presents, gifts, snacks, and a large portion of our children’s things that we have been storing in her garage since over two years ago when this first started. Her husband XXXX is the luckiest man alive to enjoy the company of this wonderful lady. She drove us to our visit and back and we got to have her there to share in the joy of our children. We didnt have to ride the bus for six hours round trip.

“Last week she drove up for court and supported us there and fed us. Most importantly she has been a constant support of encouragement this past week. I have been struggling with seeing the end game and she has kept me positive. She told me the tides have changed, she can feel it. She has reminded me to relax and let things fall into their rightful place. She is beautiful, wise, and the most wonderful friend. I love you XXXX.” 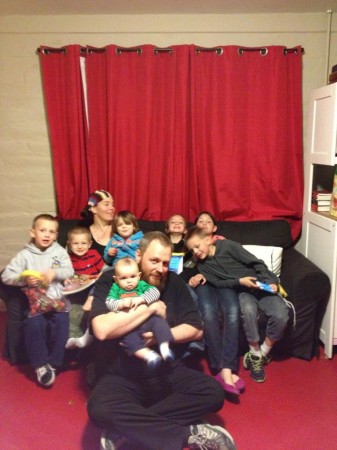 Update, February 28, 2013, 4:05 p.m. EST: An online fundraiser has been launched to raise money for the housing needs of the Hendersons, as Erica’s housemate is moving to the East Coast for professional reasons.  An update from Erica on their Facebook page reads:

I just got some awesome news. A wonderful family has offered to match donations today dollar for dollar for up to four hundred dollars. If we could make this happen we would have the remainder of the money needed to take the property manager the entire rent tomorrow by 11AM. We are almost there!!! 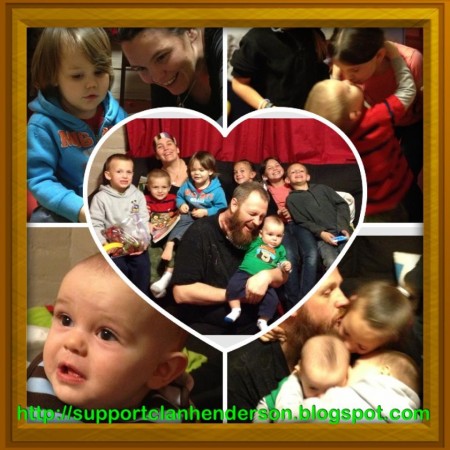 One Response to "Update: Lots of Smiles at Henderson Visit Wednesday pb"