THEN WHERE DID IT COME FROM?

(Oct. 20, 2012) — Earlier this evening, major news services, including The New York Times and The Chicago Tribune, released a report stating that the U.S. and Iran had “agreed to one-on-one talks” regarding Iran’s nuclear capabilities.

Approximately one hour later, the story was refuted by Tommy Vietor, Obama’s National Security Council spokesman.  Because of the backtracking on the original report, news services are changing the titles of their stories faster than they can alter the urls.

Where did The New York Times get its information, and why has the initial story been denied?

The National Security Council, established in 1947, is chaired by the President and comprises the Vice President, Secretary of State and other cabinet members.  Other agency heads are invited to attend when appropriate.

The New York Times had cited “unnamed Obama administration officials” as the source of the original information.

Was this issue discussed between Obama and his National Security Council?  Who else would have been engaged in such high-level negotiations, if they occurred?

The third and last presidential debate will take place on Monday in Florida focused on foreign policy. 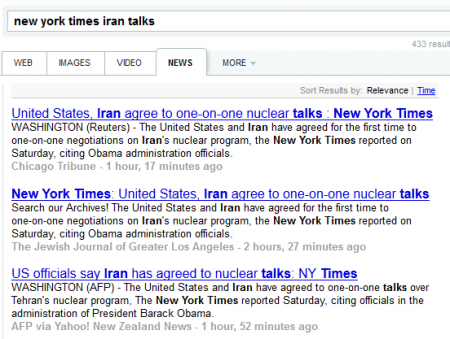 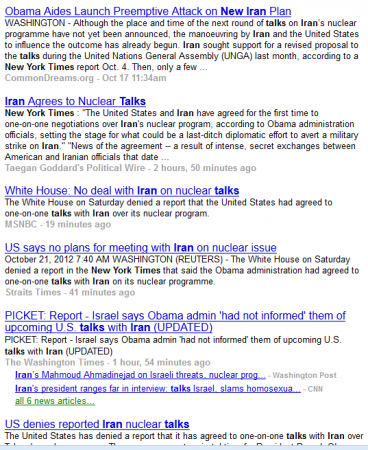