HEAVY-HANDED POLICE TACTICS ARE USED IN REGIMES, NOT FREE REPUBLICS 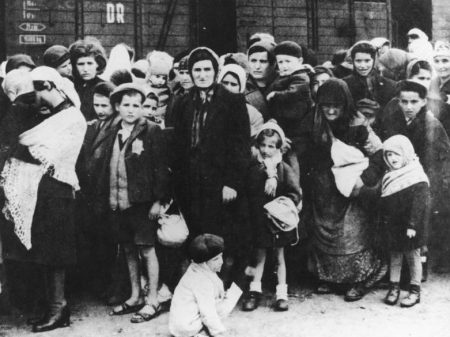 (Jun. 13, 2012) — Unfortunately, affirmative action, lowering the scale of acceptability rather than affording qualified people opportunities, has been detrimental in upholding the civil rights that were passed by Congress in the early ’60’s. The easy way out to bring minorities on par with the majority was to lower the bar that was previously set to pass the test: the grade of ‘C’ today is the ‘F’ of yesterday. But it gets worse. Businesses and the government have been forced to hire a certain percentage of women, Hispanics, Black Americans, and so forth, IRRESPECTIVE of test scores. The end result is a high percentage of marginal employees for which society as a whole continues to suffer.

Perhaps the most egregious example is that of today’s teachers. While we admit that there are some knowledgeable and dedicated teachers, there are many who are borderline, passing students who would never have passed just a few years ago. The end result is that the majority of the labor force in America today is less knowledgeable than its counterparts in other industrialized countries. But the most devastating effect that affirmative action has had has been to short-changing our youth, allowing them to be susceptible to a senseless mob mentality.

A case in point is the emergence of socialism as a viable political alternative to capitalism. Human nature being, well, human nature, all previous experiments in socialism have been dismal failures. But socialists’ attempt to sell utopia, due to our gullible and marginal population, has succeeded handsomely in making people believe they can get something for nothing. The entitlements we are dishing out are costing our country a lot more than money; their price may very well be our country’s future and lead to economic ruin.  Certainly, in a moral sense, the cost has been enormous.  Simply put, there are not enough Americans who put country before self. Patriotism is self-sacrifice and requires people who are willing to go through hardship and deprivation.  There are no shortcuts.

America’s SWAT phenomena has been an abject failure. True, in the last few decades there have been a couple of successes, but overall they could have handled their operations differently. The most infamous government raid was at the Branch Dividian Church in Waco, TX. The leader of the sect, David Koresh, was the target, and all they had to do was wait for him to come to town and, without a fuss, ask him whatever was bugging them. But no, they had to go the macho route and twenty children and two pregnant women burned to death. Today’s SWAT operations come directly from the operations manuals of the GESTAPO.  Allow me to repeat: today’s SWAT tactics are reminiscent of the GESTAPO.

At night/early morning. No witnesses. Easy to get the wrong address, at night. Informants are, at best, not trustworthy. Take the aforementioned, ratchet it up a notch to people who never had to memorize the Preamble to the Constitution, never memorized the Gettysburg Address, are a direct result of the affirmative action repercussions, who think Nuremberg is a German beer and not a potential prison or death sentence. People who have no qualms about the violation of their fellow citizens’ Civil and Constitutional Rights, people who don’t even have the common sense to know when an order is unlawful or just plain stupid.  Think about the children who died at Waco and at Auschwitz.

One Response to "Do the Police Know They’re Being Used?"