AND WHO ARE THE REAL PERPETRATORS?

(Nov. 10, 2011) — As we head into another Presidential election cycle racism is once again becoming front and center in the focus of American political discourse.  Unfortunately racism, and the hypocrisy that goes with it, is indeed alive and well in our nation today, 146 years after the Civil War ended and 46 years after the Civil Rights Act was passed.  It saddens me to see that some in this country have not progressed any further along the road to acceptance of race as a non-factor in life. 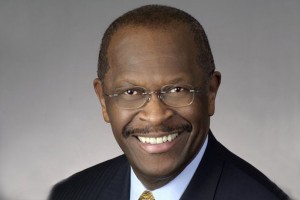 If you don’t believe racism is real just look at the media treatment of Herman Cain.  Like him or not, agree with his policies or not, Herman Cain is an authentic American who happens to be black.  He is not a hyphenated American; he is an American, period.  When I say he is an authentic American I mean that he believes in the Constitution and the values that have made this country great.  When I say authentically black I mean both of his parents are black.

The same media knotheads, who call me a racist because I oppose the policies of Barak Obama, publicly call Herman Cain names like “token negro”, “Oreo cookie”, “bad apple”, “Uncle Tom”, “a black man who knows his place”, and accuse him of “smoking a symbolic crack pipe”, “currying white favor”, and the like, things that I would never dream of saying.  Some of these self-absorbed pretentious “journalists” and commentators are white and some are black but none of them have a clue what main stream America is about.

Where were these kinds of references in 2007 and 2008?  Barak Obama received an awful lot of the white vote.  Why were these kinds of comments not made when he was receiving so much support from the white community?  You didn’t hear conservatives uttering such tripe and these same “journalists” and commentators fawned over Obama like he was a god.  Conservatives talked about Marxism and socialism running for the White House, not the “house negro”.

Why is Obama, whose mother was white, blacker than Cain, whose parents are both black?  Could it be because Cain is a conservative, the worst thing in life a “person of color” can be?  I have heard black people and white people, all of them liberals by the way, call Cain vile names that I would never call him, or any other person, regardless of the color of their skin.  Obama is of mixed race, Cain is of pure race, yet Cain is the one who is “not black enough”.  That is an interesting concept, not a sensible one but an interesting one none the less.

Karen Finney, a Democrat “strategist” appearing with Martin Bashir on msnbc said that Herman Cain is “a black man who knows his place” and therefore is acceptable to the TEA Party and makes them “feel like they are not racist because they like this guy”. Bashir’s response is “thank you for spelling that out”. http://conservativedailynews.com/2011/11/for-the-left-cain-is-black-man-who-doesnt-know-his-place/

Does anyone else find this as vile and ridiculous as I find it?  Has anyone ever heard a TEA Party person make such an asinine statement?  No, I didn’t think so.  Lloyd Marcus seems to be accepted at TEA Party events, as are any other “people of color”, who believe in liberty, justice, and the American Way. 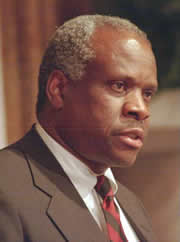 Does anyone remember the Clarence Thomas Supreme Court hearings?   Thomas referred to the attacks on him as a high-tech lynching. It wasn’t conservative Republicans who trashed Clarence Thomas, it was liberals, Democrats, both black and white, but all of them liberals who are supposedly consumed with “racial equality”.  Thomas was ridiculed because his wife is white, not by conservatives, but by liberals.  And who could ever doubt the “Reverend” Al Sharpton when he tells us that Cain is not an “authentic black man” because he doesn’t espouse the “oh woe is me” attitude that only government can provide for success in the black community.  Cain isn’t being reviled by conservatives but by liberals.  We “conservative TEA Party racist types” accept Herman Cain but liberals don’t.  Hmmm, curious this race question.

When a liberal calls me a racist because of my stand for freedom and against the Obama, Reid, Pelosi brand of Marxism I count it as a compliment.  I know I am not a racist and so do they.  The key is that they know they have nothing else to stand on so they try the age-old intimidation tactic of name calling.  Well, it just doesn’t work any longer.  We, the supposed racists, have wised up and now ignore this tactic.  We are no longer intimidated by name calling.

The true racists in the country are those telling American citizens ”of color” that they cannot accomplish anything on their own, that the only way for them to have anything is to hold their hand out to liberal white folks who know what is in their best interests.  Or they can hold their hand out to “Reverend” Al Sharpton or “Reverend” Jesse Jackson, who will go to their white liberal overseers and ask for “alms for their poor black folks”.  Just as a side note, I consider myself a “person of color” also.  As far as I know white is still a color, and actually, except for my beard, I am more beige than white.

Have you noticed that the pundits and mouthpieces for racism, black or white, seem to be doing just fine, financially, in the pundit world?  And how do the “Justice Brothers”, Al and Jesse, make their money?  Do they actually have churches they pastor or do they make their money pandering to white liberal guilt, the government, and telling black Americans that they are less than whites?  I surmise that the “Justice Brothers” make their money extorting money from anyone they can find to extort money from.  If one doesn’t give them money it must be because one is racist.  It can’t possibly be because one believes they are “race hustling poverty pimps”. 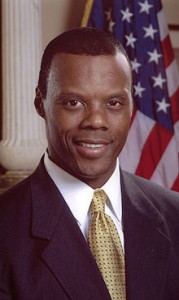 And before anyone labels me a racist on that last statement, it is a quote from J. C. Watts, a former Oklahoma Republican Congressman and quarterback at the University of Oklahoma.  He made that statement on the floor of the House of Representatives in speaking of “Reverend” Jackson.  He must also be a racist in the books of “Reverends” Al and Jesse, and apparently another “house negro telling whites what they want to hear”.

Racism is alive and well in the liberal sections of society.  Conservatism says hard work and dedication will bring success, without ever bringing skin color into the mix.  Herman Cain worked his way through college.  His parents worked at least 2 jobs each when he was young so they could help their children get the education they would need to become successful in life.  They didn’t sit back and wait for Al and Jesse to bring them a handout to keep them in line and in poverty.  Cain’s parents had a vision of what it takes to succeed in life and they instilled that in their children.

Herman Cain has been successful because he understands how to be successful.  He has worked his way to where he is today through education, dedication to values, and the willingness to apply himself to accomplish the tasks assigned by those above him in authority.  He wasn’t content to sit on his butt and wait for Al and Jesse to hand him the pittance they normally hand their dependants.  I believe the key to his success as much as anything else is his treatment of others.  He is as considerate and respectful of the doorman at a hotel as he is to a CEO of any corporation. 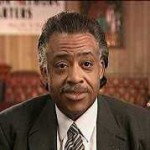 To say in 2011 that Herman Cain has succeeded because he is the “house negro” of the TEA Party and conservative Americans is insulting to all Americans of all colors.  It shows where racism dwells and it isn’t in conservative circles.  This treatment of Cain shows once again that “people of color” who don’t tow the liberal line will be subjected to attacks of all kinds to keep them in line.  For anyone to say that any “person of color” cannot succeed by their own initiative in today’s America is as racist as one can get.

Many Americans, including this writer, oppose Barak Obama because of his Marxist policies and his promise to “fundamentally transform America”.  We are called racists and bigots because no one can really oppose his “enlightenment”; it absolutely has to be racism.  I am not in Cain’s camp but I do respect and like the man based on his accomplishments and his vision for America.

One Response to "Racial Hypocrisy Alive and Well in America"