by Todd Kinsey, blogging at ToddKinsey.com 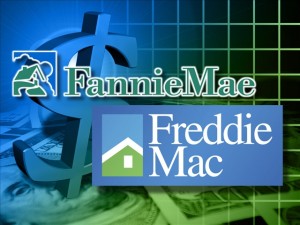 (Oct. 25, 2011) — For over a year I have been warning that the Obama regime plans to use Fannie Mae to nationalize a significant portion of America’s real estate market. Today the putative President announced plans to utilize executive orders to side-step Congress, usurp the Constitution, and allow the government-owned mortgage giant Fannie Mae to start gobbling up mortgages.

Obama’s plan will implement sweeping new rules that will allow the nationalized mortgage behemoth to refinance mortgages. Once Fannie Mae owns the mortgage, there’s nothing to stop the Obama regime from using the Making Home Affordable Plan to allow people to exit their mortgages, with $3,000 in hand, then have Fannie Mae or Freddie Mac purchase the home and rent it back to them for pennies on the dollar.

Together, Fannie and Freddie own more than half of America’s $12 trillion in outstanding mortgage balances, the majority of which are subprime loans. Beginning with the Clinton Administration and continuing with the Bush Administration, the Federal Government forced lending institutions to issue subprime loans to those that would not normally qualify for a mortgage.

Despite two feeble warnings from President Bush and a half-hearted attempt by Senator John McCain to regulate the two faltering lending giants, no one really wanted to upset the economic apple cart. The two companies kept right on issuing subprime mortgages and engaging in their predatory lending practices. Time and time again, both Rep. Barney Frank and Senator Chris Dodd, who are responsible for Congressional oversight of Fannie and Freddie, not only lied to Congress about the financial solvency of the two mortgage giants but to the American people.

This deliberate act of deception was engineered by two of the most prominent members of Congress and is what precipitated the mortgage crisis. Not only did Rep. Frank claim that Fannie and Freddie were “financially sound,” but he doubled down when he asserted “that we should be doing more to get low income people into housing.” Furthermore, Frank stated that even if the two mortgage behemoths did fail, “the government would bail them out,” which was probably the plan all along.

Then in 2008, the Democrat-led House and Senate passed, then George Bush signed, the now infamous $300 billion Troubled Asset Relief Program, better known as TARP. President Bush did this in direct opposition to his conservative base. Care to make a wager on who received the lion’s share of TARP funding? If you guessed Fannie and Freddie, give yourself a prize. That’s right; the two companies received a combined $169 billion from TARP which accounted for 56 percent of TARP expenditures.

And it gets worse from there. When Obama took office, he instructed the two paper tigers to begin buying up foreclosed homes. According to Stimulus Package Details, Fannie received another $200 billion influx of cash from the Stimulus Package.

According to Reuters, Fannie received an additional $8.5 billion to continue snatching up foreclosures in May of 2010. At the time, I predicted that Obama’s end game was to turn all of the assets owned by Fannie & Freddie into Government Housing.

This past August, Hot Air.com chronicled details of the faltering mortgage giant receiving another $5.1 billion cash infusion from the Obama administration. Furthermore, the Associated Press reported that the Obama regime quietly announced that it was planning to turn the estimated 250,000 foreclosed homes that have been purchased by Fannie Mae and Freddie Mac into Government Rental Housing.

Fox News recently published an article detailing the regime’s plans to implement a further $85 billion “instant stimulus” to nationalize Fannie and Freddie once and for all. Even the ultra-liberal website Mother Jones thinks Obama’s plan is foolish. Kevin Drum, who penned the article, believes Obama’s plan is bad because it will cause the taxpayers to lose even more money than they already have on the two failed mortgage giants.

Thus far, Fannie Mae and Freddie Mac have received over $382 billion in taxpayer assistance and have not repaid a cent (almost 40% of all Federal Stimulus if you were wondering). When added to the $6.1 trillion in mostly subprime mortgages that it already owns, the Federal Government could become the owner of more than half the homes in America. In one fell swoop, Obama could effectively nationalize the housing industry, making the Federal Government the largest landlord in the world, and completing the largest redistribution of wealth in history.

Todd Kinsey is a conservative commentator whose articles appear at the Patriot Statesman, GOP Journal, the examiner.com, and his own website ToddKinsey.com. Todd has also become a sought after political expert and campaign consultant. He has worked on campaigns ranging from city council to congress and in doing so has served in a variety of positions such as: social media director, treasurer, political director, and communications director. Todd is also an active member of the Republican Party and has held a variety of leadership positions such as: Social Media Chair for the Galveston County Republican Party, Secretary of the Republican Network, and Past President of the Galveston County Young Republicans.