WHERE IS EVERYONE AND WHY ARE THEY HIDING?

by Dwight Kehoe, blogging at TPATH 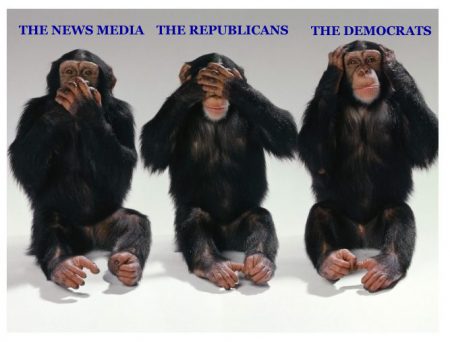 (Sep. 23, 2011) — (TPATH) For over two years now many patriots, lawyers, media outlets and a small cadre of talk show hosts have followed the numerous twists and turns of the “Obama Identity Crisis.”

With the sealing of records and clamming up of public officials, the authorized and unauthorized document leaks, the “birth” of the Birthers Movement, coupled with the “cult-like” defenders of anything Obama, better known as “OBOTS,” an atmosphere of contention has emerged, the likes of which that have never before been seen in the “Social Media.”

The term Social Media is used here because that is the only place where this identity crisis is being discussed and investigated as of this past April.  The mainstream media, politicians (both elected and/or campaigning),  talk show hosts, magazines, periodicals, and TV newscasts are all, missing in action.

Before the cause of that is dissected, for those reading this that my have only been watching “Jersey Shore” and their nightly news casts for the past year, here is a quick list of events and facts.  In full disclosure, I am a member of the Birther Summit, but it is important to understand this list is fact and can be backed up with records.

1) Obama sealed all his personal and school records by Executive Order in his first week as President.
2) Obama released a short form birth certificate which was deemed by experts to have been altered.
3) After months of saying there was no Long Form Birth Certificate, Obama put a PDF file of one on the White House Website.
4) Information from Hawaii came out that, in 1961, persons born in Hawaii would be issued a short form (certificate of live birth) if a resident was born out of state or not in a hospital.
5) The LFBC was issued to residents born in an accredited hospital.
6) Obama may be the only resident of Hawaii with both types of certificate.
7) No hospital in Hawaii has records showing Mrs. Obama ever to have been a patient and no records can be found that Obama or his mother ever were treated by the Doctor who’s signature is on the LFBC.
8) The Social Security number that Obama has been using since the early 1980’s was issued not to him, but to a very much older person from Connecticut.
9) E-Verify, the government program set up for employers to check for legal SSN’s of potential employees, rejected the SSN Obama uses, when associated with his name.
10) The Selective Service form Obama released has been shown to have been altered.
11) The LFBC that Obama released in April of this year, has been proven, beyond any possible doubt, not to be authentic. In other words, it is a forgery.
12) A liberal federal judge has refused to allow the Social Security Administration to release information on the SSN Obama uses.
13) A Federal Court has issued a subpoena to the Hawaii Department of Health and the Attorney’s General office requesting they allow experts to inspect the LFBC on file in that state
14) That court order was ignored and as a result those officials have been ordered to appear in Federal Court in November to show cause for failing to honor a court directive.
15) A birth certificate showing Obama was born in Kenya has surfaced.  That document has also been proven to be a forgery.  It appears this document was created by the Obots as bait for the Birthers in order to discredit the movement.

EARLY ATTENTION WAS NO PROBLEM

For months prior to the April release by Obama of the LFBC, talk show hosts and news casts regularly discussed the events regarding the question of Obama’s birth place.  Politicians, editorialists and newscasters, almost reveled in the controversy.  Most believed that Obama was legitimate and even though the Tea Party movement was divided on the issue, clearly comedians and the mainstream media saw this as a possible way of demeaning the detractors of Obama.

All this changed with that April release of the Long Form Birth Certificate.   While it was great fun bashing Trump for a day or two and gloating over the “stupidity” of the Birther movement, something very strange was about to happen.

Within days, not one news cast, editorial article or talk show host could be found that mentioned the forged LFBC.  Why?   All of a sudden, this was no longer a joke.  No longer a lefty tool to undercut the Constitutionalists.  No longer a topic of discussion, anywhere or in any vein.  It was as if a huge black hole sucked it from existence. 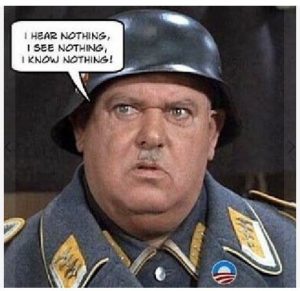 The question is, why?  Why were the wagons circled? Why was this news item dropped like the hottest of hot potatoes?  The answer of course is, because, everyone now believed, even Obama’s most strident supporters, that there was a real problem. And it scares them to death.

WHY THE MASSIVE COVERUP – BY EVERYONE?

The riposte is simple, FEAR.

Snickering has been transformed into anxiety as the substantiations compound.

Each group has its own fear  and its own selfish reasons for joining the cover-up cabal.

They are:
Democrat Politicians-  This one is easy.  Liberal Democrats have always viewed the the Constitution as a detriment and impediment to leftist agenda. If sufficiently liberal, they could not care less if the President was born on Alpha-Centuri.

News Media- Most of them being of the same ilk as the Democrats they propagandize for, appear to have decided that forged documents may well be a crime, on the condition that a Republican was culpable.  Nothing new here.

Republican Politicians- This is a bit more difficult.  While most of them are no doubt convinced of  a huge problem and probably have secretly checked out the proof of forgery from the privacy of their home PC’s, by the nature of their political evolution of linguini spines, self preservation outweighs the importance of the issue as they ponder, no matter how remotely possible, that Obama is laying a trap.
Also, it may be possible that Republicans think Obama is beatable in 2012 and fear that if he were run out of office, they may have to face a more formidable candidate and that candidate may easily demagogue the race issue.

Congressional, Judicial and Law Enforcement- A looming Constitutional crisis and civil unrest,  may represent the most important factors as to why these organizations have committed to ignore the possibility that the President of the United States may not only be ineligible for the office he holds, but may well be, a serial felon.

If Obama were found to be a non-citizen and responsible for manufacturing or altering of  legal documents as well as using a SS number not assigned to him, our Constitution would demand his removal from office and possibly prosecuted. This would render every Executive Order and legislation he signed, null and void.  It would adjudicate any contract or agreement with foreign nations, unenforceable.  All appointments to the Supreme Court and Federal Bench would be removed and their rulings discarded.

There is also the extreme possibility that cities across this country would see riots and destruction as the flames of racism will be stoked by the leftists in the media.

Conclusion- Of course these things would be traumatic and costly in the short run. But the country, the rule of law and most importantly, the United States Constitution, will be stronger and better in the future, if it is understood by all, that no one will be allowed to circumvent or ignore the law.