WILL THE NEW FBI TASK FORCE LOOK INTO THIS?

(Aug. 24, 2011) — William M. Windsor was denied his audience with the Fulton County Grand Jury when he returned today to testify after being invited back after his meeting with the Grand Jurors on Friday.

Folks, I am spitting nails.  This is one of the maddest I have been throughout this whole ordeal.

I worked from Friday at about 2:00 pm until 3:30 am Monday night preparing 164 exhibits (filled two entire copy paper cases) and the 20-page document that the Grand Jury requested.  I slept no more than four or five hours a night….

I feared that they might try to block me from seeing the Grand Jury again, but when 5:00 pm rolled around on Monday without a call or email, I figured I was home free.

As soon as I returned home on Friday the 19th, I sent a fax to Assistant District Attorney Rebecca Keel to confirm my scheduled appointment with the Grand Jury for Tuesday August 23, 2011 and to cover some procedural issues for the presentation, such as format and use of a laptop to project images.  I also called and left a voice mail asking Mrs. Keel to call.  She did not return my call…ever.  The letter said: “It wasn’t a warm reception, but I have been invited back on Tuesday with 20 pages of specific proof.  Can you tell me what time I can speak on Tuesday?”

On August 19, I also sent a fax to Grand Jury Foreman Steve Broadbent and Assistant District Attorney Waverly Settles.  The last paragraph of this letter says: “When I return on Tuesday with my 20-page or less document and proof, I would like to actually be able to speak. I was not allowed to give my carefully-planned presentation today.  But thanks so much for the invitation to return.”

On August 21, 2011, the news report came out that the Atlanta Office of the FBI had created a special task force to investigate judicial corruption.  I sent a fax to Mrs. Keel with a copy of the article and several comments about the jury tampering that I observed during my time with the Grand Jury.

On Monday August 22, 2011, I sent a fax to Mrs. Keel advising her that I had been working around the clock and that I would be there on Tuesday at 9 am.  I made several specific requests about my testimony.

So, Mrs. Keel received three faxes and a voice mail from me from Friday through Monday — all in regard to my Tuesday testimony befrore the Grand jury.  And Broadbent and Settles received one fax.  The hyperlinked letters with their fax confirmation pages make it absolutely clear that my presentation to the Grand jury for August 23 was confirmed again and again and again.

Tuesday August 23 started pleasantly.  I arrived at 9:10 am.  Seven local victims of judicial, prosecutorial, and attorney corruption showed up.  Sabrina, Ed, Scott, Mark, Barbara, Lisa, and I got acquainted, shared stories, and made a pact that we will all work together and get others to work with us to root out the corruption and seek justice.  We were joined by a reporter from CBS Atlanta.  He asked a lot of questions and listened to each of us.

I’m not going to tell the stories of my guests for the day here because some are concerned with retribution if they are known to be my friends.  How sad is that when people have to be worried about being your friend!

We sat and talked for two hours, and nobody said boo to us.

At 11 am, Ed followed me to Naomi Fudge’s window to be a witness.  I asked to see Mrs. Rebecca Keel, and Fudge rudely told me to sit down.  Ed asked whether I am always treated that way, and I told him no, it’s usually worse.

At 11:30 or so, Deputy Sheriff Roye came by for a chat.  She said she would check on my appearance with the Grand Jury, but she was never seen again.

At noon, I saw several Grand Jurors leaving; I assumed for lunch.  They never returned.  When the Grand Jurors left, something interesting happened.  Sorry, but I can’t share this with you at this time.

At about 12:45, Assistant District Attorney Waverly Settles waved me in from the outer door to the District Attorney’s Office.  I grabbed my dolly holding two jam-packed paper cases containing my evidence — 164 exhibits to go with the 20-page Complaint that I was told to prepare.  Settles would not allow my evidence to be brought in to the DA’s Office.  I grabbed my iPhone and note pad, and I asked if my friends could come, and he said no.  I went in alone.  He took me into the Grand Jury Room where Foreman Steve Broadbent was seated at a small conference table.  The room was otherwise empty.  It was immediately clear to me that I was about to get you-know-whatted. 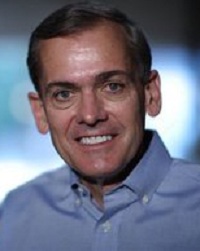 I was told by Settles and Broadbent (shown here) that I didn’t have an invitation to speak to the Grand Jury.  I said that I most definitely did.  I spoke to them both in an ever louder voice for about 15 minutes, and then I left.

They actually sat there and told me they did not know where I got the idea that I had been invited to come back to present.  I recounted the exact discussion that was held in front of the entire Grand Jury.  They had all of my letters in front of them with yellow highlighter over select sentences.  I spoke with Settles as I left the Grand Jury Room on the 19th, and my last words to him as I exited were: “I’ll be back with the 20-pages and my evidence on Tuesday.”

Settles threatened me with a lawsuit for defamation.  Here’s what he said was defamatory: “I was very disappointed that the Grand Jury was told that I was a lunatic and did nothing but file frivolous lawsuits BEFORE I appeared. It is crystal clear to me that someone committed the crime of jury tampering with your Grand Jury.  I suspect it was Waverly Settles and Steve Broadbent.”  Settles said that if he sees his name in print again, he will sue me.  Well, here it is: Waverly Settles, Waverly Settles.  If he sues me, I will be able to depose him, Broadbent, and the Grand Jurors, so I welcome a lawsuit.  Bring it on, Waverly.

I asked Broadbent for an apology for the lies that he told the Grand Jury about me.  He refused to do so.  He said he didn’t lie.  I told him he most certainly did.  He claimed he had letters from me that say I was the President of Goldman Sachs and the CEO of Bain Capital.  I told him to produce the letters then.  I told him no such letters exist.  I told him he is a liar, and I promised that when he next runs for election, I will be there.

Now get this:  As I got up to leave, Settles told me to be careful what I say about the meeting because there was a reason there were two of them in the room and only me.  Gee, would they lie about what happened and it would be two against one?  As I opened the door to leave, I said, “Well, I’m sure glad I brought my iPhone in with its recording feature.”  It was right on the conference table in plain view the whole time.  They said: “Do you mean to tell us that you recorded this meeting without our knowledge?”  I told them that in Georgia, only one party to a conversation has to consent.  They asked who consented, and I told them I did….as the door closed behind me.

I believe their actions are jury tampering, obstruction of justice, violation of their oaths of office, and more.  I have already sent a fax to Mrs. Keel and Deputy Attorney Howard advising them that I wish to file criminal charges for jury tampering.

“(a) A person who, with intent to deter a witness from testifying freely, fully, and truthfully to any matter pending in any court, in any administrative proceeding, or before a grand jury, communicates, directly or indirectly, to such witness any threat of injury or damage to the person, property, or employment of the witness or to the person, property, or employment of any relative or associate of the witness or who offers or delivers any benefit, reward, or consideration to such witness or to a relative or associate of the witness shall, upon conviction thereof, be punished by imprisonment for not less than one nor more than five years.

(b)(1) It shall be unlawful for any person knowingly to use intimidation, physical force, or threats; to persuade another person by means of corruption or to attempt to do so; or to engage in misleading conduct toward another person with intent to:

(A) Influence, delay, or prevent the testimony of any person in an official proceeding;

(B) Cause or induce any person to:

(i) Withhold testimony or a record, document, or other object from an official proceeding;

(C) Hinder, delay, or prevent the communication to a law enforcement officer, prosecuting attorney, or judge of this state of information relating to the commission or possible commission of a criminal offenseor a violation of conditions of probation, parole, or release pending judicial proceedings.”

“(a) A person commits the offense of tampering with evidence when, with the intent to prevent the apprehension or cause the wrongful apprehension of any person or to obstruct the prosecution or defense of any person, he knowingly destroys, alters, conceals, or disguises physical evidence or makes, devises, prepares, or plants false evidence.

It will be interesting to some day find out what all happened.  Was this just the corrupt Office of the District Attorney at work, or were they commanded by the federal judges to deny my access to the Grand Jury?

I have undeniable proof of massive corruption that sat next to the door of the DA’s Office in boxes marked in giant letters” GRAND JURY EVIDENCE,” and they woudn’t accept the evidence and denied me my right to present to the Grand Jury.  Outrageous.

I’ve got several things planned, but I don’t want to tip my hand until they are done.

As those of you who have gotten to know me have learned, all this does is make me even more determined to expose all the crooks.

I will continue to spit nails for a while, but as I spit, I will be taking all types of action!  They’re going to wish I was still just sitting on their lobby holding a sign.