FOLLOW-UP TO OUR ARTICLE “OBAMA, YOU LEAVE ME NO CHOICE!” 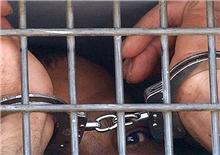 (Jul. 15, 2011) —“Is life so dear, or peace so sweet, as to be purchased at the price of chains or slavery? Forbid it, Almighty God! I know not what course others may take but as for me; give me liberty or give me death!” —  Patrick Henry