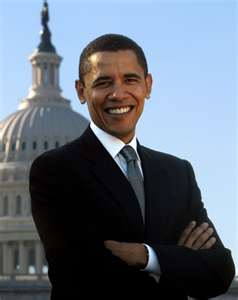 Does every American have the right to file a civil rights lawsuit against Obama and members of his regime for his abuse of power?  If so, how many will do so?

(Jul. 10, 2011) — “There is danger from all men. The only maxim of a free government ought to be to trust no man living with power to endanger the public liberty.”  —  John Quincy Adams

It has been stated with certainty, and history has confirmed, that America is a nation of laws and not of men.  It was purposely designed that way by the Framers of our Constitution to protect individual liberty.  Millions of brave men and women have paid the ultimate price to maintain that legacy.  But, oh, how times do change when the people aren’t paying attention.

For far too many decades, government, at all levels in America, operating almost virtually unrestrained by the constitution and lobbied by socialists, radical environmentalists, corporations, bankers, unions and foreigners, has far exceeded its constitutional authority and has continuously assaulted or taken away man’s liberty….as well as his property.

But, from time to time, even in a so-called free nation, one man will appear out of the shadows and claim that he is not only above the law, he is the law.  Barack Hussein Obama is just such a man.  He appeared virtually out of nowhere with a shadowy background, a foreign national as a father and a morally challenged mother.  His only experience for the job as President was community organizing.  With the skill of a circus barker or a snake oil salesmen, he claimed the presidency of the United States by duping a large percentage of a naive electorate with slick oratory and outright lies, distortions and propaganda.  With the help of a hopelessly corrupt news media, he slid into the White House on a greased skid with virtually no challenger.

Upon assuming that high office, his real intentions became crystal clear.  Within days, assisted by his willing accomplices, he would send America careening into the jaws of socialism and rush her headlong towards the steep precipice of national bankruptcy.  Besides the numerous questions surrounding his shadowy past and potential illegitimacy under Article II, Section 2, Clause 5 of the U. S. Constitution, he has acted contrary to the interests of the United States and he has continuously violated his oath of office.  If Congress won’t do his bidding, he simply uses the power of the presidency to issue Executive Orders to implement his will, or he issues a directive to one of the Secretaries of his Cabinet to promulgate a new law, thereby circumventing Article I, Section 1 of the U. S. Constitution.  The Separation of Powers doctrine was broken by the actions of previous presidents, but more egregiously and blatantly shattered by this putative president.  He, in effect, has become King Obama, fitting for an African nation.

Based on our scrutiny and observations of what he has done, not what he has said, we hereby allege that putative President Obama hates America and what she stands for, is corrupt to the core, has colluded with others to gain more power, has engaged in racketeering to enforce policy or curry favors and has violated his oath of office to preserve, protect and defend the Constitution of the United States, in overt acts of treason.  As such he has violated the civil rights of every American under 42 United States Code (USC) Section 1983, wherein it states in part: “Every person who, under color of any statute, ordinance, regulation, custom, or usage, of any State or territory or the District of Columbia, subjects, or causes to be subjected, any citizen of the United States or other person within the jurisdiction thereof to the deprivation of any rights, privileges, or immunities secured by the Constitution and laws, shall be liable to the party injured in an action at law, suit in equity, or other proper proceeding for redress …..”

This federal law specifically states “every person.”  This means that faux President Obama, a person, if proven guilty of these charges, could be held personally liable to every legal American for having acted, under color of law, with premeditation and malice, to deprive them of their “rights, privileges, or immunities secured by the Constitution and laws” in his devious quest to fundamentally transform America into his distorted image of what America should be.

For almost ten years we have tried everything imaginable to catalyze enough people to take up some meaningful, peaceful action against this government, besides waiting for every election cycle to materialize, in the hopes of replacing hopelessly corrupt and misguided politicians with no spine by voting for the same or worse candidates.  Wheels are spun, voices are raised and the beating of breasts continues unabated, from election cycle to election cycle, with no change in the direction of this country towards national suicide and ultimately, the enslavement of its people.

We haven’t been able to form an army-of-many in those ten years, so we will become an army of one.  It is with heavy heart and tired from many long years on this planet that we are forced to take actions of our own against the putative president of the United States under 42 USC Section 1983, for the violations we have outlined herein.  Within 30 to 45 days we will file suit against Obama personally in U. S. District Court.  We will outline our allegations in detail in the complaint and upload a copy of the complaint to our website at www.bringingdownobama.com.  We are well aware of the politician’s defense of qualified immunity, but we intend that our allegations will be so strong that they will meet the test to break the veil of this defense.

We encourage other individuals and groups to file their own lawsuit against Obama under 42 USC Section 1983, in the closest U. S. District Court in their state.  Perhaps we can win this war against rising government tyranny and the likes of a putative President Obama by becoming a thousand armies of one, or of a few.

Just think.  If just a thousand Americans filed a lawsuit against Obama in U. S. District Court under 42 USC Section 1983, Obama and the rest of these corrupt politicians in government would have to take notice and you can bet changes would be made as they contemplate the thought of being next to be sued.  Think what a million such lawsuits would do.  If proven effective, we could use this same template against any government politician, federal, state or local.

Timidity and cowardice never won anything.  It takes boldness, courage and bravery to win.  It has been told that David slew Goliath in the Valley of Elah.  He was bold, courageous and brave at the same time, as no other would take on this Philistine giant.  The question is, if you care about America and freedom, if you care about the future of your children and grandchildren, do you have the courage to become a David and take on Goliath in the spirit of boldness, courage and bravery….as an army of one?  Because you see, even a thousand armies of one, in a multitude of tens of millions, CAN change the path of history if they are bold, courageous and brave and possess the right tools.

It is our intent to venture into the Valley of Elah and take on Goliath.  Join with us in becoming a thousand armies of one, using the very tools that our Founders left for us in our Declaration of Independence, the U. S. Constitution, the courts and the law.  We will lead the way in a peaceful revolution to reclaim our liberty, one politician at a time, starting with the faux President of the United States of America.