Treason is Everywhere you Look, and Martial Law is now upon us

DO WE HAVE THE WILL TO FIGHT FOR OUR LIBERTY?

(Dec. 6, 2010) — Dedicated patriot heroes Lt. Col. Terry Lakin, U.S. Army, and LCDR Walter Fitzpatrick, U.S. Navy (Ret.), are being crucified/betrayed by the traitorous evil Muslim communist usurper, Barack Hussein Obama, the U.S. Congress, SCOTUSCP, federal and state judges, the Joint Chiefs of Staff and nearly all of their military peers, and for what reason?…for honoring their U.S. military oath of appointment, to support and defend the Constitution of the United States against all enemies, foreign and domestic.  The Constitution of the United States is the fabric of our “man-made” supreme law of our land!

The heroic and patriotic efforts of these two heroes have exposed the treasonous acts of the evil Muslim communist usurper, Barack Hussein Obama, the U.S. Congress, SCOTUSCP, federal and state judges and the Joint Chiefs of Staff for their flagrant, beneath-contempt and disgraceful acts of treason by not honoring their oath of office and/or U.S. military oath of appointment!

So that none can say “I did not know!”

So that none can say “I was just following orders.”  (Nuremberg Trials, 1945-46, Nuremberg, Germany)

IF YOU HAVE FRIENDS IN ARIZONA- PLEASE TELL THEM ABOUT THIS:

The “Monroe County, Tennessee Gulag & Nazi Gestapo” is holding LCDR Fitzpatrick prisoner and is a by-product of the traitorous and evil Muslim communist USURPER, Barack Hussein Obama, the 111th Congress, the SCOTUSCP, federal and state judges, the Joint Chiefs of Staff and all high-ranking decision-making U.S. Military officers!! This miscarriage of justice is just another example of proof that the United States of America is no longer governed by the U.S. Constitution!! The United States of America is now being governed by the communist New World Order (NWO)!! 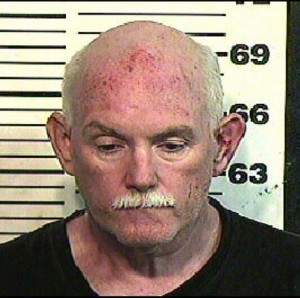 Believe it or not, the corrupt “Monroe County, Tennessee Gulag & Nazi Gestapo” is located right here in the United States of America, not Communist Russia, China, North Korea, Vietnam, etc., but right here in the good ole USA!!

The U.S. Constitution is THE SUPREME LAW OF THE LAND, MY LAND! God Bless and protect Patriots Lt. Col. Lakin and LCDR Fitzpatrick from our enemies within!!

“I, _____ (SSAN), having been appointed an officer in the Army of the United States, as indicated above in the grade of _____ do solemnly swear (or affirm) that I will support and defend the Constitution of the United States against all enemies, foreign or domestic, that I will bear true faith and allegiance to the same; that I take this obligation freely, without any mental reservations or purpose of evasion; and that I will well and faithfully discharge the duties of the office upon which I am about to enter; So help me God.”(DA Form 71, 1 August 1959, for officers.)

As you can see, the officer does not swear to obey the orders of the President. They only have an obligation to defend the Constitution against all enemies, foreign and domestic (for example, a presidential USURPER).

Our forefathers were so brilliant to foresee a situation in which we find ourselves now. The officer oath is a safeguard to protect the Constitution against a corrupt elected government. Officers only have an obligation to defend the Constitution. Military officers have a lot of legal clout when it comes to Constitutional matters. The officer oath does not mention following the UCMJ laws as does the enlisted oath.

Editor’s Note: If the top commanders of all branches of the military, including Admiral Michael Mullen, can maintain a forged signature on a false confession document as authentic when it is not, who can say that the military justice system is any less corrupt than our civilian courts, which have proven to be thoroughly corrupt?  The Pentagon has seized power and authority that it does not constitutionally have.

We the People have been denied standing over and over again.  The courts have denied us redress of our grievances.  They are full of political operatives who are protecting a usurper to the presidency and all of those around him who helped in his illegal ascension to the White House, and they know it, just the way Sheriff Bill Bivens knows the crimes he and his crooked associates have committed which the FBI should be investigating.

Are we going to ignore what has happened, or are we willing to take action?   Do we want freedom or will we settle for eternal slavery?

On September 29, 2010, before he was beaten, tasered and falsely imprisoned, LCDR Fitzpatrick said:

As I’m going back through these documents and rereading them, right now is the time that this court-martial needs to be undressed and exposed in its nakedness to everybody out there.  There’s no more question at this point about how the system works or what they did in my case.  In the past, I’ve had to deal with reporters questioning my credibility, but as the years have passed and more information has come out, there is no more questioning here.  So the attack has to be aggressive; it has to be vigorous; it has to be relentless now because of what they’re about to do to Lt. Col. Lakin.

Lt. Col. Lakin is the reason that LCDR Fitzpatrick assembled “The Anatomy of a Court-Martial” in the months leading up to his own arrest.  Fitzpatrick has maintained that there is no authority to convene a court-martial without a legitimate commander-in-chief based on the work of William Winthrop, Military Law and Precedents.  Winthrop stated:

Upon the adoption of the Constitution and the division of the powers of the government, the executive power, previously exercised by Congress, was transferred to the President, and with it the function of commander-in-chief…Among these powers was the authority, properly incident to chief command, of issuing to subordinates and the army at large such orders as a due consideration for military discipline might require, and, among these, orders directing officers to assemble and investigate cases of misconduct and recommend punishments therefor—in other words orders constituting courts-martial.

The answer is there.  How can there be a court-martial without a legitimate commander-in-chief?

Treason is Everywhere you Look, and Martial Law is now upon us added on Monday, December 6, 2010

15 Responses to "Treason is Everywhere you Look, and Martial Law is now upon us"