WHY IS THE RACE CARD USED AGAINST THOSE PROTESTING VIOLATIONS OF THE U.S. CONSTITUTION? 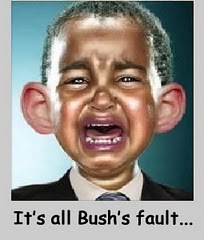 by Linda Starr, blogging at http://lgstarr.blogspot.com

The Tea Party represents Americans who want to return to the principles of our Constitution and of our Founding Fathers. By relentlessly insisting, against all evidence, that we are racist can only imply that the NAACP and their supporters intend on pressing for a race war as a way of achieving their political goals. Shame on them. And shame on Michelle Obama using her position to facilitate this kind of division in our country.

Or are they just playing the game of race “chicken” with us, hoping that we’ll just give in to their agenda and abandon the U.S. Constitution as “reparations” for all of our sins?

Do their ends really justify their means?

Race War cheerleader Michelle Obama shows us what the Obama regime is really all about added on Wednesday, July 14, 2010