APPOINTMENT CONFIRMED, ACCORDING TO AP:  OFFICIAL ANNOUCEMENT TO FOLLOW 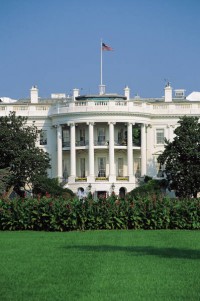 (Nov. 13, 2009) — Robert Bauer, who represented Barack Hussein Obama in eligibility lawsuits, which challenged his legitimate holding of the Presidency, will be appointed to replace the White House’s chief legal counsel, Greg Craig, according to an AP report written by Jennifer Loven, and published just 15 minutes ago.  She writes,

Bob Bauer, who was general counsel on Obama’s presidential campaign and a longtime adviser to Obama, has agreed to take Craig’s place, the officials said. They spoke on condition of anonymity because the announcement, first reported by The Washington Post, has not yet been made.

Robert Bauer garnered national infamy earlier this year when he personally threatened a U.S. Citizen, Mr. Hollister, for brining a legal challenge against Obama in the D.C. courts; affirming that he would seek sanctions and his fees from Hollister if he appealed his case.

It is widely speculated that Obama has promoted Bauer because of his effectiveness in thwarting court challenges to the former’s usurpation of the U.S. Presidency.  It is also believed that Bauer, through Siddhart Velamoor, may have exercised direct influence and control of Judge David. O Carter, in his decision dismissing the Plaintiffs’ complaint in Barnett vs. Obama.  That case, according to Mr. Charles Lincoln III, Attorney Gary Kreep, and seemingly the Indiana State Court of Appeals — which failed to cite it in a list of eligibility suits whose rulings were precedential — is still active.  Dr. Orly Taitz, esq., recently filed a Motion for Reconsideration, which was commented on by The Post & Email on Nov. 9th.