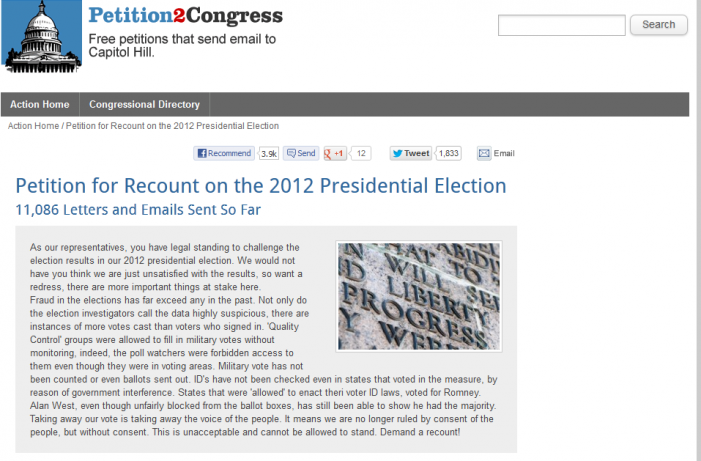 “JUST DOESN’T ADD UP” by Sharon Rondeau (Nov. 10, 2012) — A petition has been initiated which asserts that a full recount of the ballots from the 2012 presidential election be carried out as redress against the grievance of voter fraud. Letters to one’s U.S. representative and senators can also be sent in addition to […]