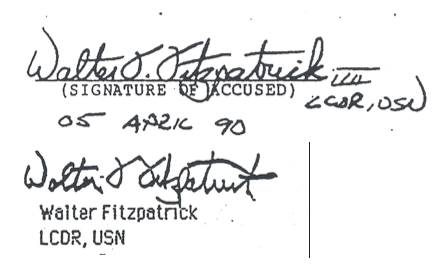 NOTHING, AND EVERYTHING, TO HIDE by Sharon Rondeau (Dec. 2, 2013) — On Sunday, The Post & Email published an article detailing the use of endorsements by the military, which track the movement of documentation up and down the chain of command, as they related to the court-martial of CDR Walter Francis Fitzpatrick, III (Ret.) […]

BECAUSE NO PAPER TRAIL EXISTS by Walter Francis Fitzpatrick, III (Dec. 1, 2013) — I was in Washington, DC in March 2001, and I went to the office of J.L. Roth on the 9th.  His position was LCDR JAG, head of the Freedom of Information Act/Privacy Act branch of the Administrative Law division of the […]

Fitzpatrick: Court-Martial Was “A Vendetta” 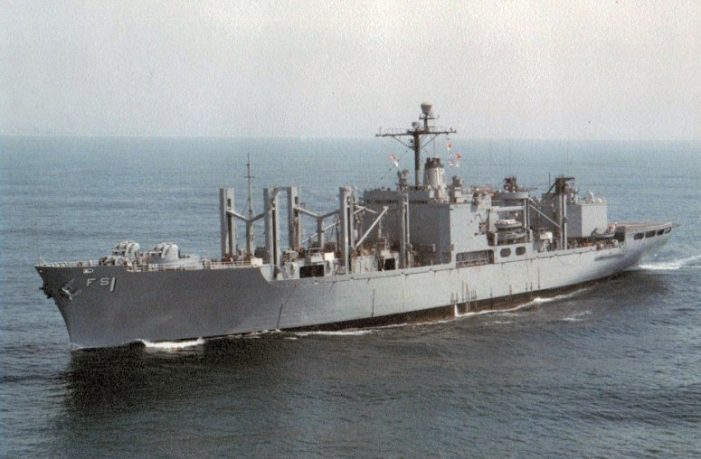 CRIMINAL ACTIONS FROM 1989 HAUNT U.S. NAVY by CDR Walter Francis Fitzpatrick, III (Ret.) (Nov. 15, 2013) — I cannot tell with precision when the criminal plot against me began. Only men like John Bitoff, Mike Edwards, Paul Romanski and Tim Zeller know the truth. Accusers are supposed to be prohibited from “convening” (creating, assembling, […]