By Sharon Rondeau on Tuesday, May 2, 2017   States, US Government Corruption

“THEY KEPT ME ON A COLD PIECE OF STEEL FREEZING” by Sharon Rondeau (May 2, 2017) — Letters and documents received from a Tennessee inmate on Monday indicate that he is the object of retaliation by correction officers at the South Central Correctional Facility (SCCF) in Clifton, TN. SCCF is one of four privately-operated prisons […] 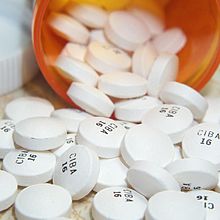