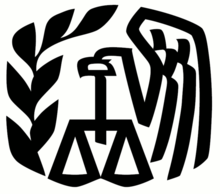 HOW YOUR TAX DOLLARS HELP RADICALS ATTACK OUR ENERGY, INDUSTRIES, JOBS AND LIVING STANDARDS by Nick Nichols, ©2013 (Oct. 2, 2013) — If you believe future IRS abuses will be prevented by putting Lois Learner and her merry band of political hacks in the hoosegow, stop drinking Potomac River Kool-Aid and start partaking in a dose […]