CONSTITUTIONAL CONSERVATIVE PLANS TO TAKE SECOND DISTRICT BY STORM Interview by Sharon Rondeau (Mar. 6, 2010) — Miki Booth was “the most apolitical person you could ever meet”  until the 2008 presidential election.  She has lived in Japan as well as Massachusetts, Hawaii and for the last 15 years in Oklahoma, and is now a […] 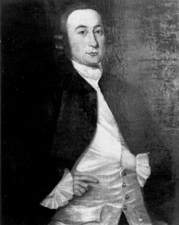 LOOKING FORWARD TO THE NEXT CONGRESSIONAL ELECTIONS  A Guest Editorial by Cody Robert Judy George Washington was a man who walked his talk and knew all too well what maliciousness government was capable of. His charge was a principle of Liberty; His Character of Freedom. I have often contemplated what manner of men and women ought to serve […]