“WIPED PHONES” TO BE A FOCUS, CARTER SAYS 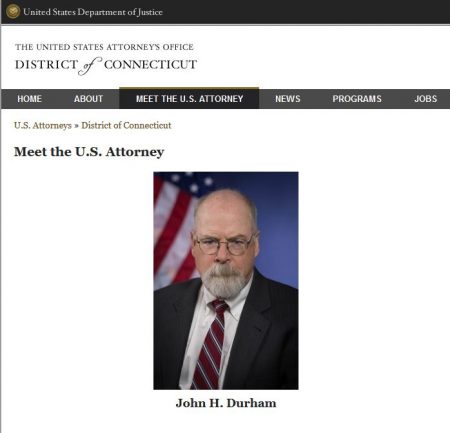 (Sep. 14, 2020) — According to a report by investigative journalist Sara A. Carter on Monday night’s “Hannity,” U.S. Attorney for the District of Connecticut John Durham might be preparing a status report on the investigation into the origins of “Crossfire Hurricane,” the FBI’s counterintelligence probe into the 2016 Trump campaign based on allegations of “collusion” with the Kremlin.

Vague claims appearing in a now-infamous “dossier” whose creation was funded by the DNC and Hillary Clinton campaign were not substantiated by a $40 million Special Counsel investigation led by former FBI Director Robert S. Mueller, III.

Carter said the departure of one of Durham’s top assistants, Nora Dannehy, on Friday is allegedly the catalyst for the anticipated release of a report prior to the completion of the probe.  “With her resignation, there is speculation that a report is ready to come out,” Carter said.  “Some people believe that she resigned because she didn’t want to be pressured into releasing a report too soon; senior lawmakers are suggesting that this won’t be a complete report, that it will be an interim report.”

After the results of Mueller’s investigation were made public in March 2019, U.S. Attorney General William P. Barr appointed Durham to investigate how and why the FBI opened Crossfire without substantive evidence to support its premise.

In several interviews since then, Barr has indicated that Crossfire was not properly predicated.

Very limited information from the Durham investigation has been made public to date, Carter pointed out.  Several weeks ago, a former FBI attorney entered a “guilty” plea to altering an email about Carter W. Page’s source work for the U.S. government, apparently to facilitate the FBI’s four continuous FISA warrants to conduct surveillance of Page’s communications.

Carter concluded her brief appearance by crediting government-watchdog Judicial Watch with uncovering documents from the Justice Department showing that “27 members of Robert Mueller’s team basically wiped their phones clean” prior to an examination by the Justice Department’s Office of the Inspector General (OIG).

One of those involved, Carter said, is Andrew Weissmann, who earlier this year joined MSNBC as a commentator critical of the Trump administration and is releasing a book on September 29 titled, “Where Law Ends: Inside the Mueller Investigation.”

“Expect that to be in Durham’s report as well,” Carter said, referring to the “wiped” phones.