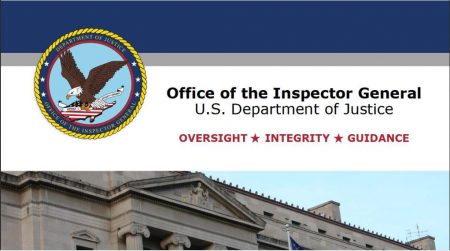 DOJ Inspector General Michael Horowitz found numerous errors and omissions in the FBI’s applications for surveillance warrants on former Trump campaign adviser Carter W. Page but no evidence of political motives in the launching of “Crossfire Hurricane,” the FBI’s counterintelligence investigation into the 2016 Trump campaign.

The origin of “Crossfire” is under criminal investigation by U.S. Attorney for the District of Connecticut John Durham.  Durham is believed to be probing events which occurred earlier than July 31, 2016, the date the FBI has claimed it opened its probe into the campaign.

The basis to launch “Crossfire,” which sought evidence of Trump-Russia “collusion,” was a conversation in May 2016 between then-Trump campaign advisor George Papadopoulos and Alexander Downer, who was then serving as Australian Ambassador to the UK, the Horowitz report contends on page 5.

Carter suggested that the declassification will show an earlier start date and “a trail of that leading prior to July 31st, and it’ll kind-of turn the whole Horowitz report on its head, stating that the Crossfire Hurricane was the reason for opening the investigation.”

Further, Carter said that Senate Judiciary Committee Chairman Lindsey Graham, who on Monday said he is compiling a list of “FISA” witnesses to testify about the four FISA warrants obtained on Carter Page, should call FBI Special Agent Joe Pientka, who from other reportage is believed to have accompanied former counterintelligence agent Peter Strzok to interview Lt. Gen. Michael Flynn on January 24, 2017.  The encounter led to Flynn’s criminal charge of lying to the FBI for which he pleaded “guilty” but in January took steps to withdraw the plea.

Sara Carter said Monday that Pientka failed to follow the “Woods procedure” when the FBI made applications to monitor Carter Page’s communications.  On December 14, Fox News reported that Pientka, or “SSA1” in the Horowitz report, “may have helped mislead the Foreign Intelligence Surveillance Court (FISC) about material facts concerning former Trump adviser Carter Page and British ex-spy Christopher Steele, whose unverified dossier played a central role in the FBI’s warrant to surveil Page.”

In his report, Horowitz reported referring another FBI agent for criminal investigation for altering an email which contained exculpatory information on Carter Page.

Carter Page is now suing the law firm Perkins Coie and the DNC over the FISA warrants, the latter two of which the DOJ and FISA court recently admitted were obtained illegally.  The DNC and Hillary Clinton campaign paid Fusion GPS, which in turn hired Steele, to compile a salacious “dossier” alleging coordination between the 2016 Trump campaign and Russian operatives to tip the election in Trump’s favor.

Those allegations were found to be unsubstantiated last year by a special counsel investigation lasting 22 months at a cost to taxpayers of approximately $35 million.

Sara Carter: If Declassified, Elements of FISA Abuse Report Will “Turn the Whole Horowitz Report on its Head” added on Monday, February 10, 2020

5 Responses to "Sara Carter: If Declassified, Elements of FISA Abuse Report Will “Turn the Whole Horowitz Report on its Head”"