Your Children Are Listening and Imitating What You Do! 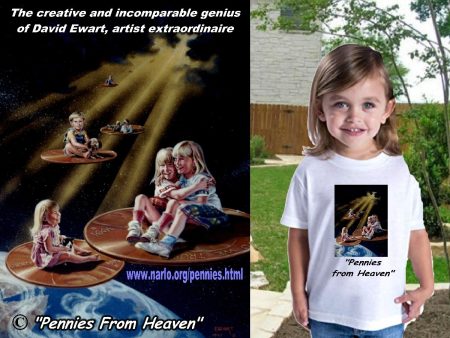 (Jan. 12, 2020) — “Children have never been very good at listening to their elders but they never fail to imitate them.” James Baldwin

Most parents want the best for their children.  They want them to grow up to be proud, strong individuals, capable of meeting most, if not all, of life’s challenges.  They want their children to be good parents to their offspring, as well.  Any of these desires depends almost entirely on what goes on at home and on the quantity and quality of both education and experience while they are growing up.  But the hard truth is, children are like sponges and they soak up the environment in which they live, in most cases, mirroring their parents.   They start filling up the “Little Black Box” of their brain from the day they are born.

Of course there are exceptions to the general rule.  Some children turn out well in spite of bad parenting and some others fall through the cracks and go bad from good parenting.  Unfortunately, there are no guarantees and the books instructing parents on how to be good parents are just about as effective as instruction books for operating a computer.  There is no substitute for experience and intuition.

Parents send their children to government-run schools but don’t constantly check and measure the quality of that education.  They don’t peek into the process and determine if the process is a learning experience in truth, or one filled with propaganda and indoctrination.  Unfortunately, propaganda and indoctrination is what their children are receiving in our schools and colleges today and very little is being done about it.   (See: “Get Progressive Educated Idiots Out Of Education“)

Part of parenting is knowing life’s dangers that can harm their children before they are ready.  Parents would not let their young children play near a cliff for the obvious reason that in the children’s exuberance, they could easily slip and fall over the cliff.  Parents who allow their children to own computers with Internet connections had better be aware of the kind of information their children are viewing.  The dangers from inadequately monitoring what their children see on the computer can be just as damaging as falling off a cliff.  The dangers for boys are different than the dangers for girls and a parent needs to know the difference to adequately teach and at the same time, protect them.

Parents focus on their family, jobs and home but fail to look out at the horizon and learn of the other dangers that could harm their children.  Evil permeates the world and it is up to the parents to teach their children of those evils and dangers.  One of those significant evils is the often-ignored attack on freedom.

There was a movie made a while back called the White Squall.  It was a true story of a summer sailing class, where parents sent their boys approaching adulthood into a hands-on sailing experience at sea.  The ship met up with a freak of nature, a white squall.  It sank in heavy seas and several boys were lost as well as the captain’s wife.  The captain was brought up on charges of negligence and dereliction of duty before the admiralty and would have lost his captain’s ticket if not for the surviving boys sticking up for him.

No matter how hard we try, we cannot save our children from every danger that faces them.  We can only hope that the survivors use the bad experience as a learning experience.  Again, there are no guarantees.

The gift we give to our children is who we are.  If we stand for and practice love, goodness, honor, respect, truth, self-reliance and defend liberty, so will they.  Our children are our most precious resource.  They learn by example.  We have a solemn duty to guide them judiciously to adulthood, or the next generation will pay the consequences and they will end up standing for all the wrong things.  They will end up standing for what we are or were!

Ladies and gentlemen, why is it we, in America, continue to stray from the lessons that the natural order teaches us?  Have you ever watched a couple of cubs (dogs, cats, bears, lions, tigers, etc.) play rough-and-tumble?  Do you think they are doing it for fun?  Hardly!  They are learning the lessons of life and survival and building up the strength of their bodies and their brains through play.  It’s deadly serious business.  Somehow, because people believe we are above the animals and don’t have to play by nature’s rules, we remove, inhibit, protect, or shield our kids from the struggles of life that would ordinarily prepare them for meeting those struggles.

We, as a culture, have decided to level the playing field and shield our kids (the liberal/progressive mantra) when the reality is, you cannot level the playing field, or the natural order, by legislation or education; you can only pervert it.  Adversity breeds strength.  But instead of allowing adversity to work its wonders, we protect our kids from germs.  We protect them from injury and suffering.  We protect them from bullies.  We protect them from insults.  We in fact mollycoddle them, and by that we make them weak and unable to compete in a rough-and-tumble world.  We become by practice and controlled behavior a genetic mutation, not field-tested for survival.

But it goes even further than this.  Government, in order to garner political loyalty and votes to increase its power, protects our adults in much the same manner as we protect our kids, with safety nets, welfare, Social Security, Medicare, Medicaid, farm subsidies, college loans, school lunches and God knows what else.   None of these actions by government appears in the Constitution.  We have become and are becoming more so a weakened nation, almost wholly dependent on government.  Even worse than that, we are breaking the back of the most creative, productive, industrious and generous society that ever graced planet Earth and sucking the lifeblood of commerce and industry from its grasp by having to pay for all this mollycoddling.

So let us pose a question:

It has been estimated that over 40,000,000 Americans are now on food stamps, almost 12% of the total population.  As this big lump of the unemployed, non-producers and freeloaders grows, and it is growing, it slowly but surely sucks the financial life out of the gross domestic product (GDP) until it reaches a point where the GDP and the taxes paid from it can no longer pay the bill and the system collapses when the government can tax no more without causing a revolution (i.e., Greece).

As we stated earlier, adversity builds strength.  A government-filled “pig trough” breeds weakness and dependency.  America got its start on the greatest kind of adversity, first taming the wilderness and then the Revolution.  Pioneers who settled the West were tough and resilient.  Some got sick and some died, but many got stronger from the experience, and from those families came a kind of American that built things and won wars.  We’re not seeing that toughness and resilience in too many Americans today.  We’ve grown soft, self-absorbed and overly indulgent.  It could be America’s downfall.

We have also become a permissive society where kids get away with bullying others and a whole host of other misdeeds because they have no fear of any consequences.  When confronted by authority, like a teacher or school principal, the kid just says, “… you can’t touch me or my parents will sue your pants off.”  Unfortunately, parents sue schools all the time for these very reasons and the school authorities are hog-tied from administering any discipline as a result.  Many states are now forbidding suspension or expulsion for kids who behave badly.  How can you run a school of kids without discipline?  You can’t!  What do you get instead, kids acting out without consequences and a degradation of the learning experience?

Parents, busy with working and paying for a two-working-person lifestyle, don’t have time to administer any quality time or discipline to their kids for getting out of hand or misbehaving.  We’ve done away with the paddle or spankings because that is too hard on the kid’s self esteem, or so the highly educated experts tell us.  And let us not fail any kid in school for fear of damaging his little delicate id.  God forbid!  No, let’s just pass them on to society as a failure and let society deal with them.  So what does society (government) do?  They give the now-young adult money for doing nothing!

One of nature’s inviolate rules is that there are consequences for bad or careless behavior.  Sometimes the consequences can result in death.  But oh, no, we don’t teach that lesson to our kids.  If we punish them they won’t like themselves any more and might just do themselves harm, or worse, commit suicide.  If you let adults or kids do as they please without consequences for doing as they please, a civil society will eventually break down into chaos and anarchy and, ladies and gentlemen, that is where we are headed.

Because of mindless psychological mumbo-jumbo coming out of the educated idiots that are spit out of our liberal colleges like so much cord-wood, we have discarded common sense and time-tested methods that have worked for generations in favor of complex, softball solutions to fairly simple problems that are based on some wild-eyed theory of an over-paid, tenured academic who never worked at a real job in his entire life.  This ridiculous condition seriously violates Occam’s Razor Principle wherein:

*”The simplest explanation for some phenomenon is more likely to be accurate than more complicated explanations.”

Oh, no, we can’t keep things simple.  We have to complicate the heck out of them.  It is obvious that “man” has the propensity, if not the compulsion, to complicate and/or mismanage almost everything he touches, especially if those “men” (and/or women) are part of the government or academia.

In a Western song there is a line that we remember whenever we think about the behavior of kids and adults today.  The line goes like this:  “You surround yourself with people who demand so little of you.”  The line defines how far we have allowed our common decency standards to sink into the cesspool of debauchery, excessive drug use, crime, cheating, constant swearing, licentiousness and corruption.  You see it everywhere on TV, at the movies, on the Internet, in e-mails, on the playfield, at sports games and even driving on our roads.  The bar of acceptable behavior keeps getting lower and lower.

This, my fellow Americans, is a recipe for civil, cultural and spiritual collapse.

Your Children Are Listening and Imitating What You Do! added on Sunday, January 12, 2020