“SOME KIND OF NUT OR SOMETHING” 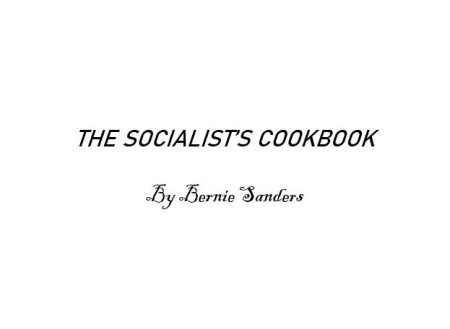 (Jan. 10, 2020) — “Good evening, ladies and gentlemen, and welcome to the most entertaining show in its time slot, ‘The Pulse of the Nation’. Hello, I’m Roving and it looks like rain so we’ll start immediately. Excuse me, Miss, Roving for ‘Pulse,’ the entertaining informative news show that we all enjoy.”

“Are you for real? What’s that supposed to be, a TV camera?”

“Well, yes. We’re an award-winning show, I’ll have you know.”

“Oh, I know about you; everybody knows about your right-wing views. I watched you once where you said that you voted for Trump, but before that you said you were a ‘birther.’”

“Mind telling us your name and what you do?”

“No, I don’t mind only because I know that the people I work with will never see or read this in The P&E. My name is Sandy and I work for a book publisher that specializes in cookbooks.”

“Oh, I can’t believe that there’s much demand for cookbooks; I mean, ‘heat oven to 350’; how complicated can it be?”

“Wow, are you ever out to lunch. You have your crockpot books; your microwave and all kinds, including camping and vegetarian ones. It never ends.”

“No kidding? What are you working on now?”

“Bernie Sanders submitted a manuscript the other day and it was very well-written with step-by-step photos.”

“Photos? Photos of what, how to watch bread rise?”

“You know, you really are a sarcastic lowlife; anyone ever tell you that?”

“My ex-wife use to say that I walked like a sailor, but I never told her I had a belt in Judo and learned how to walk on the balls of my feet, so, yes, I guess you could say I’ve heard it all before. So what about those pictures?”

“The book is in two parts: cats and dogs.”

“Sorry, I lost you. I thought we were discussing cookbooks and not adoption agencies.”

“Look, I don’t want to appear rude but could you start over, in English this time?”

“Look, Bernie Sanders is a Socialist, right? So he figures if he’s elected president he’ll have some responsibilities, one of which is to make sure the people don’t starve all at once. So the first to go, when all the food runs out, as it did recently in Venezuela, are those folks who are not pet owners followed by the people who will be forced to eat their pets before resulting to cannibalism.”

“Cannibalism? What are you, some kind of nut or something?”

“No, it’s NOT a cookbook for cannibals, just cats and dogs. You know that he says cats taste like chicken?”

“I’m sorry, off you go to catch your train. But golly gee, do we get them or what? Let’s break for a commercial.”

“And we’ve time for one more. No? Oh, we have to wrap it up here but let me say that I was reading an editorial by Viv Forbes the other day about the wildfires in Australia and I’d just like to say that we’re as stupid as Australians by letting-in Muslims so they can burn us out, too. And now that the rain is here we’re out of here and so, on behalf of the crew, I’ll be wishing you all a goodnight: Goodnight.

“Golly, that cookbook was creepy, but I suppose it reflected the truth, sad to say. I mean, think about it: they take your guns and then you’re supposed to kill your cat or dog, with what, I ask you: a knife? Creepy. Burger time: my treat.”

One Response to "The “Bernie Sanders Cook Book” (RR)"