Everybody east of the Cascades is shivering with near-record cold from the scary “polar vortex.” And meanwhile, ‘great minds’ like California’s Jerry Brown, New York’s Governor Cuomo, and that of my very own, new Governor Northam here in Virginia, joined by members of Congress and most of the media, are planning on forcing us to turn off our lights, our air conditioning, our furnaces, and to pay more for electricity and the privilege of driving, flying, or traveling by ship.  Why are they so hell-bent on doing this?  They say it is because, because, ‘we are running out of time to save our planet.’  And by the way, don’t dare offer an alternate view – you, you ‘denier!’

Okay, let’s get a grip.  We can agree that weather changes – and that it  always has.  (No denying this fact.)  The historical record is replete with it, and so is our personal history, AKA ‘memories.’  And, I believe we can also agree that the industrial age, which took root in the mid-19th Century, gave way to great strides in improving life and reducing abject poverty.  And, I think most of us would agree that the great drivers of these civilizing gains were the discovery and application of fossil fuels — solid, liquid, and gaseous — and the discovery of marvelous ways to exploit electricity.  These drivers enabled massive improvements in international travel and communication and sharing of information.  Passengers and cargoes no longer had to wait in port for favorable tides and winds.  Today, people and things are routinely flown from continent to continent in a matter of hours, rather than weeks or even months!  And information can be exchanged anywhere in the world at near the speed of light.

So, what is the ‘great threat’ to Mother Earth?  The claim is that an increase in atmospheric carbon dioxide of less than two parts in ten thousand – or two one hundredths of one percent is about to kill us all.

But let’s look at how has Mother Earth responded to this tiny increase?  She has greened vast areas of arid lands that had lain fallow or produced only meagerly.  Why, has She done so?  Because Our Creator gave us a wonderful symbiosis – fauna breathe in oxygen and exhale carbon dioxide, and flora ‘inhale’ carbon dioxide and ‘exhale’ oxygen.  And, please note, if the amount of carbon dioxide were reduced to less than 2.2 parts per ten thousand, plant life would begin to wither and die.

One may ask, why are temperature readings a bit higher today than they were a hundred years ago?  The major reason is the urban heat island effect.  The siting of meteorological stations used to require that the wet bulb and dry bulb thermometers be enclosed in louvered, wooden igloos 40 inches above the bare earth or a grassy surface in a location removed from buildings or hard surfaces that might reflect heat and corrupt the accuracy of the hourly readings.

That’s the way things were when I was a weatherman in the 1950s.  But today, ‘progress’ has lain black, heat-absorbing asphalt over the roads and surfaces at the airports where most of the weather stations were located.  Worse, downtown weather stations are often on rooftops covered with black tar.  Have you ever climbed up on your shingled roof on a hot day?  (I hope you weren’t barefoot or wearing shorts.)  The ‘heat island effect’ is exaggerated further by the fact that many of the previously reporting weather stations are no longer reporting, and thus temperatures from nearby heat-island-polluted stations are extrapolated over often thousands of adjacent square miles of territory.  This is true in many of the vast Canadian provinces and for the entire nation of Bolivia.  This latter is particularly disturbing because although it is situated near the equator, the entire nation is several thousand feet above sea level and thus temperate or even cool compared to its neighbors.  But today’s weather gurus have extrapolated temperatures from a city on the Pacific Ocean (sea level) and near the equator for the entire 424,000 square miles of neighboring Bolivia – nearly twice the size of Texas.  And from such ‘official statistics’ we are informed that the earth is warming at an unprecedented pace.  Worst of all, the ‘trusted’ keepers of the data have deliberately ‘adjusted’ it to exaggerate ‘warming.’

Fossil fuels are a gift of nature and Mother Earth.  But, in due time, humankind will discover alternate means of generating electricity and providing motive power for travel and transportation – IF (and this is a big IF) we don’t impoverish ourselves and dry up the funding streams that are vital for scientific discovery.

Crash programs to ‘save the planet’  — such as the idiotic Green New Deal – serve no purpose.  We cannot rely on current technologies to provide the ‘instant on, near 100 per cent reliability’ electricity upon which modern life depends. Wind power is totally inadequate and those nations that have bought into alternatives such as wind turbines and solar power have greatly increased the cost of electricity to their citizens and have much reduced reliability.  Higher costs for worse services, great!  A major province in Australia went ‘green’ and mandated much greater reliance on wind turbines to produce electricity, while closing down very reliable fossil fuel-powered generating stations.

A couple of years back, that province experienced a powerful wind storm that arose rapidly and generated too much electricity, and just as suddenly, its winds dropped to zero and blew out transformers throughout the province and damaged the grid to the extent that it took months to restore full service.  And, as if they hadn’t learned from that sad experience, the governors of that province just this month assured their constituents that during the extreme heat wave during the Australian Open Tennis Tournament, there would be no brown-outs!  Wrong.  Brownouts occurred repeatedly and left consumers (citizens) without air conditioning or refrigeration.  Wow, they couldn’t even charge the Smartphones. 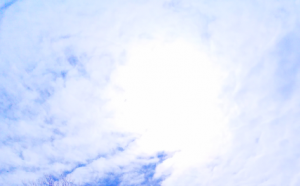 The control knob on earth’s climate is not carbon dioxide.  The legitimate control knob is 93 million miles away and its God-given light and warmth varies from time to time.  And climate – which is weather patterns over time – has always changed – often wildly (ice ages and glacier-melting warming periods) and it will continue to change.  The appropriate question we must ask is how should we prepare to cope with these inevitable changes?  Well, maybe we should study and institute planning for flood abatement in low-lying cities.  Near sea-level Houston has experienced hurricanes again and again.  The New York-New Jersey area encountered one a few years back where even the subway was inundated, and we all remember Katrina and the devastation she caused New Orleans.  Nature will continue to try and freeze us, fry us, and drown us.  And yet, folks continue to seek ‘oceanfront’ properties and build developments next to rivers and creeks.  Rivers will always overflow their banks, and the seas will often rise up.  Isn’t it madness to continue to rebuild in the same way in the same place, and expect a different outcome?

Nobody can protect against everything, but smart folks who live in ‘Tornado Alley’ have built storm cellars that they can retreat to when warnings are sounded.  Let us plan for and do what else can and should be done.  But, in all honesty, reducing carbon dioxide output will not stop tornadoes, hurricanes or high seas.  No, currently envisioned CO2 abatement strategies will only impoverish us.

Just maybe, the Good Lord in His wisdom made carbon dioxide the key ingredient to life on earth as proven by its increase, improving our ability to feed an ever-growing population of fellow human beings.  Don’t you think that just maybe, Our Creator is smarter than us and that His love and wisdom will allow us to uncover more of his secrets in the days to come?

Old Frank: Here’s a Thought We Can All Agree With added on Wednesday, January 30, 2019

One Response to "Old Frank: Here’s a Thought We Can All Agree With"