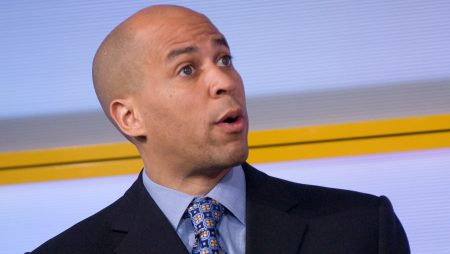 When Booker said he would make the documents public despite the reported claim of confidentiality on the part of an attorney representing former President George W. Bush, he acknowledged that he risked expulsion from Congress’s upper chamber.

AT 11:20 a.m., Fox News’s Sandra Smith cut in to the hearing to further elucidate on the development, stating that Booker had “posted the documents on his Twitter account.”  In response, FNC’s Shannon Bream said she asked Booker’s office whether or not the documents remained confidential when they were released but did not receive a clear answer.

Sen. Mazie Hirono and other committee Democrats said they would release the documents and risk the same possible fate.

Bream read the contents of the email, which apparently involved “security measures” with a mention of “race-neutrality” following the 9/11 attacks.

The New York Times has reportedly published the email or emails in question.

Some Democrats said they do not recognize the “committee confidential” designation of the documents associated with Kavanaugh’s time as George W. Bush White House staff secretary.