BUT NO MENTION OF “NATURAL BORN” 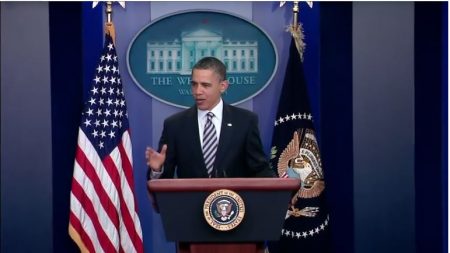 (Jun. 26, 2018) — On Tuesday’s edition of “Tucker Carlson Tonight,” host Tucker Carlson interviewed civil rights attorney Robert Patillo, who provided examples of what he believes demonstrate a lack of political civility on the part of Donald Trump and the political right in general.

The interview took place amid discussion of escalating calls to violence against political figures and their family members.  Over the weekend, Rep. Maxine Waters told her supporters at a rally:

Waters told her supporters to “push back” on Trump cabinet members if they encountered them in public.

Also last weekend, White House Press Secretary Sarah Sanders reported that she and members of her family were refused service at a Lexington, VA restaurant, then followed after they quietly exited. That incident followed a raucous protest against DHS Secretary Kirstjen Nielsen last week.  On Monday night, a menacing encounter between protesters and Senate Majority Leader Mitch McConnell and his wife, Transportation Secretary Elaine Chao.

Last week, actor Peter Fonda threatened the president’s 12-year-old son, and another threat was directed at his four-year-old granddaughter.

On Tuesday evening, a number of media reports said that Sanders will now have Secret Service protection.

At 8:12 p.m. EDT, Patillo told Carlson that Trump and his supporters should bear some blame for the harsh discourse between American political factions, including claims that the last president “is not an American citizen,” referring to Barack Hussein Obama.

As has been pointed out in the past, those on the political left continue to remind viewers that questions arose as to Obama’s background, life narrative and birthplace as they relate to his constitutional eligibility to serve as president and commander-in-chief.

Those questions have never been fully answered.

Many Obama defenders have conflated U.S. or American “citizenship” with the U.S. Constitution’s requirement, applying solely to the president, of “natural born Citizen.”  Contrary to what is often reported by the mainstream media, historical records, including the Congressional Globe, show that members of Congress considered the term “natural born Citizen” to mean a person born in the U.S. to “parents owing allegiance to no other sovereignty.”

Patillo did not mention that the “long-form” birth certificate image posted at whitehouse.gov in April 2011 purported to represent Obama’s original birth record from the State of Hawaii was deemed a “computer-generated forgery” by a five-year criminal investigation.

The birth certificate image was uploaded after several months of Trump having publicly called for the Obama White House to prove that its occupant was constitutionally eligible to serve in that capacity.

In December 2016, former New Jersey detective Mike Zullo, who conducted the probe virtually alone, revealed that two reputable forensic specialists had conducted their own separate analyses of the image and declared that they, too, could not consider it to be genuine.

Carlson did not respond specifically to Patillo’s comment about Obama’s citizenship.  Obama claims a father who attended the University of Hawaii as a foreign student with British, and later, Kenyan citizenship.