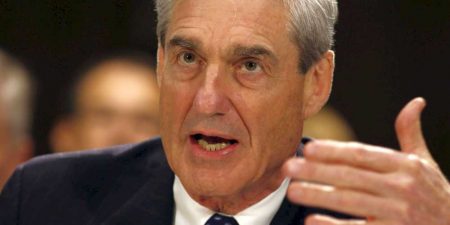 (May 5, 2018) — On Friday there was more good economic news as the jobs report showed the unemployment rate dropped to 3.9%, the lowest since 2000. For African-Americans and Hispanics, the unemployment rate is now the lowest ever recorded. In April, 164,000 nonfarm jobs were added to payrolls, surpassing a 135,000 increase in employment in March. Among the sectors to perform well in April were construction, which added 17,000 new jobs and manufacturing employment, which surged by 24,000 jobs.

Most analysts believe that the economy is nearing full employment, so it is not surprising that the Economic Cost Index shows wages are increasing at the fastest rate in 11 years. This has not triggered inflationary pressures, as prices only increased 1.9% last month and the Federal Reserve did not increase interest rates.

As the economy does well, incredible progress is also being made with North Korea. A summit is being arranged, American hostages will soon be released and the North Korean dictator Kim Jong Un has indicated a willingness to give up his nuclear weapons. If the Korean peninsula become a nuclear-free zone, retired four-star General Jack Keane believes it “could be the most historic diplomatic achievement since World War II.”

With remarkable progress in both foreign and domestic policy, it is no surprise that President Trump is now enjoying a 51% approval rating, according to Rasmussen Reports, several points higher than former President Obama at this point in his first term.

While more Americans show appreciation for President Trump, it has not impacted the liberal media. For the Trump-haters on CNN, MSNBC, ABC, CBS and NBC, these good-news stories are only momentary distractions from their most significant issues: Special Counsel Robert Mueller, Stormy Daniels and Impeachment.

Giuliani also predicted that there is a 50% chance the President will be subpoenaed by Special Counsel Mueller even though there is still no evidence of Russian collusion or obstruction of justice. This week, a list of 49 potential questions that Mueller could ask President Trump was leaked to the media, along with reports that the Special Counsel’s office is looking at Trump confidante Roger Stone as a subject of their investigation.

While the Special Counsel’s office furiously leaks and works non-stop to destroy President Donald Trump, the media is only too willing to assist. In fact, in a Friday morning press briefing as he was about to board Marine One, the President blasted the media for focusing on the Mueller investigation “all the time, that’s all you want to talk about.”

Fortunately, the American people are starting to realize that the Mueller probe is nothing but a witch hunt. In an April Rasmussen Reports poll, only 46% of Americans believed that the Special Counsel investigation was an “honest attempt to determine criminal wrongdoing.” This is a decrease of 6% from October, when 52% supported Mueller’s investigation. 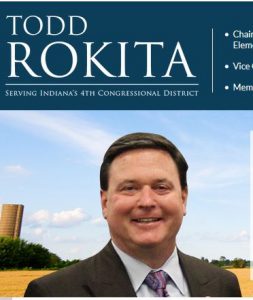 With an out-of-control Special Counsel and a public becoming more disgruntled, one congressman finally decided to act. On Thursday, U.S. Representative Todd Rokita (R-IN) introduced a resolution calling for the Mueller investigation to end within 30 days unless evidence of Russian collusion is introduced. According to Rokita, he proposed the resolution to “preserve the integrity of our democratic institutions.”

Rokita is disturbed by both the scope and the $17 million cost of the Mueller investigation. He believes it is “an attempt by the Washington elite to destroy President Trump.” However, it is also an unprecedented political and legal assault on the 63 million Americans who voted for Donald Trump on November 8, 2016. The Special Counsel and his team of partisan Democrat attorneys are attempting to overturn the results of the last election, and enact, in essence, the first political coup d’état in American history.

In this toxic environment, it is amazing that the President is able to provide positive leadership on both the economy and national security issues like North Korea. As the approval ratings indicate, this progress is being recognized by an increasing number of Americans.

The best efforts of the media, the Democrats, the Deep State and the Mueller team appear to be failing. No wonder all of these groups have such hatred for Donald Trump.

Americans Are Tiring of Mueller Witch Hunt added on Saturday, May 5, 2018

One Response to "Americans Are Tiring of Mueller Witch Hunt"