(Apr. 27, 2018) — A two-page memorandum received on Friday from TDOC inmate Grenda Ray Harmer reports that four inmates from the Morgan County Correctional Complex (MCCX) were “escorted” to the University of Tennessee Medical Center “because they overdosed on drugs sometime between 6:00 pm on 4-19-18 and 6:00 am on 4-20-18.”

The memo was not a copy of one sent to Tennessee officials, as has often been the case with Harmer’s numerous communications over the past 18 months, but rather, addressed specifically to this writer.

Harmer said that the staff who normally would have supervised recreation for Unit #1 of the Protective Custody (PC) area where he is housed had to accompany the inmates to the hospital, thereby pre-empting the recreation period on April 20, 2018.

Harmer referred The Post & Email to a number of memos he directed to TDOC Commissioner Tony Parker and Tennessee Gov. Bill Haslam advising that facility staff were allegedly allowing inmates access to tobacco, a violation of TDOC Administrative Policies and Procedures.

In the memo received today, Harmer extended inmates’ reported use of tobacco to illicit drugs. “Now four (4) inmates are at U.T. Hospital because Governor Haslam, Commissioner Parker, and even MCCX Warden Parrish [sic] is not going after MCCX staff for bringing tobacco and drugs into MCCX,” Harmer wrote.

“Parrish” refers to Mike Parris, MCCX’s warden of approximately one month. Just prior to his arrival, Parris served in the same capacity for a number of years at the Northwest Correctional Complex (NWCX) in Tiptonville.

Harmer, who has been in prison for two decades, further predicted that “Commissioner Parker and Governor Haslam will try and sweep this under the rug, so to speak.”

He then detailed his claim to have observed inmates obtaining tobacco out of trash receptacles. He further alleged that “staff at MCCX are dealing,” meaning distributing illegal drugs. “This is why taxpayers money is now being spent to save the lives of four (4) inmates.”

Harmer concluded the memo by asking The Post & Email to “investigate my claims.” 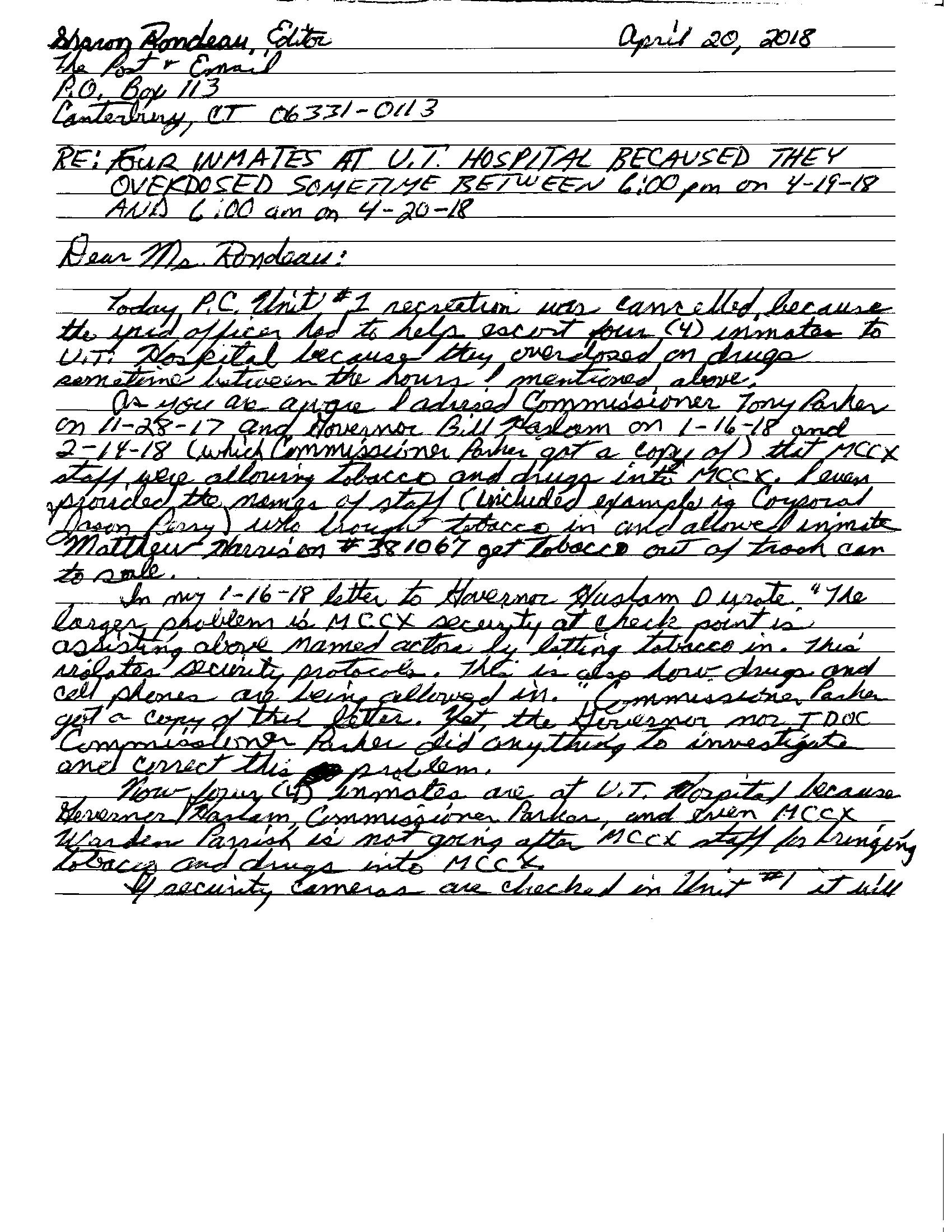 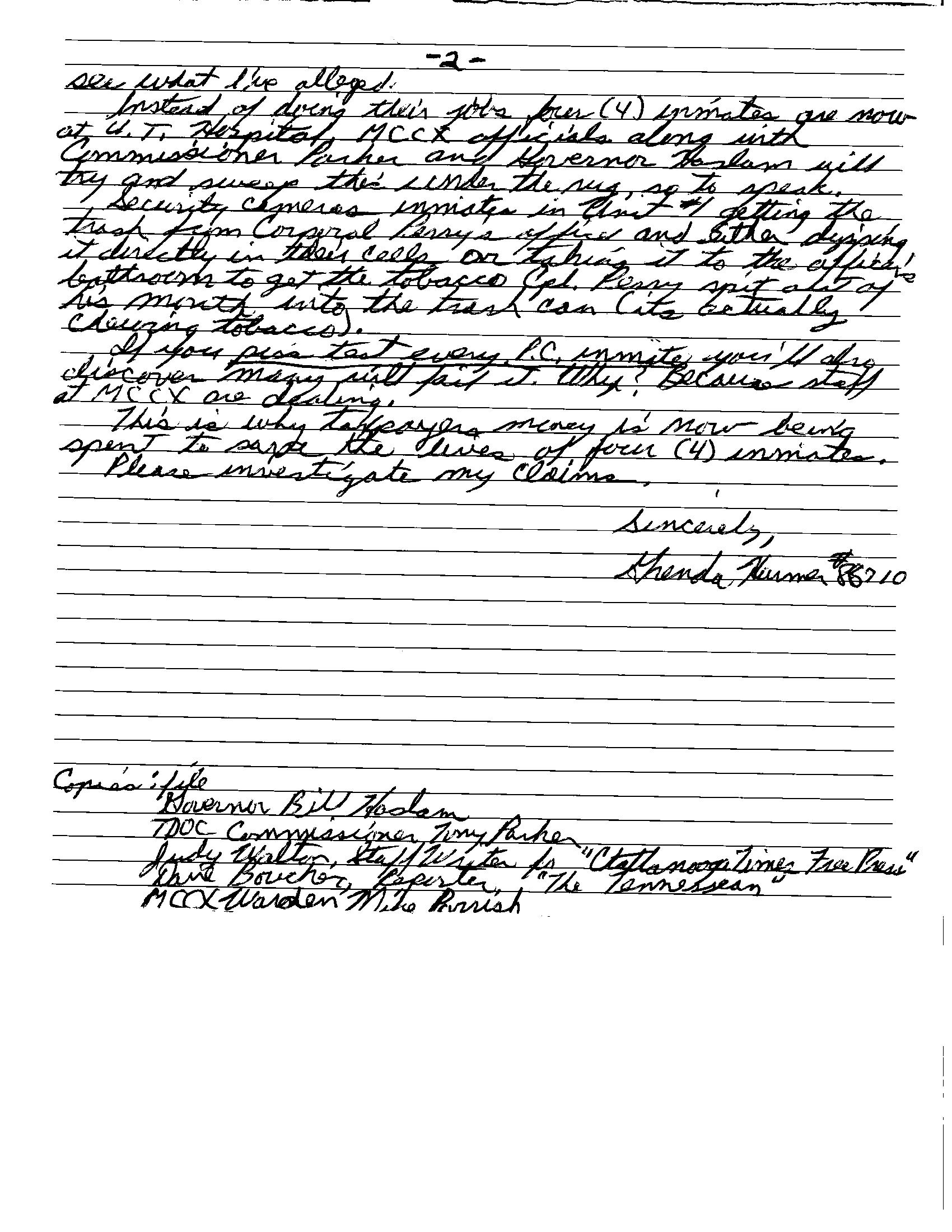 Contraband is a continual problem for prisons across the country. Harmer and others have reported the easy availability of illicit drugs at other Tennessee institutions as well.

As stated on the TDOC website, “Introducing contraband into a correctional facility is a class C felony punishable by a sentence of up to 20 years in prison and up to $10,000 in fines.”