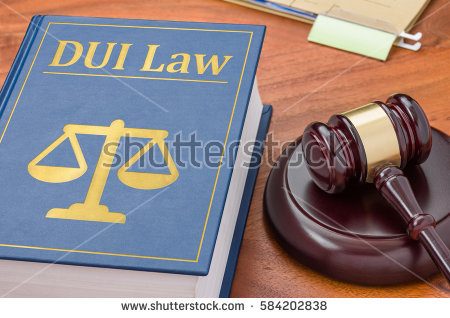 (Apr. 14, 2018) — If life were fair, justice and process would always catch the bad guy. Unfortunately, our justice system has a long way to go before becoming perfect. For all its strengths it does have its weaknesses, which means that crime will continue and that the wrong people will be arrested just as the culprits will get away. Thankfully, as forensic analytics become more advanced and readily available, an increasing number of culprits are being identified successfully.

The high success rate of our justice system, of course, still means that people can fall through the cracks. If your loved one has been arrested for something that you know they haven’t done, don’t panic, simply follow these steps on how to deal with the situation and bring your family back together:

The innocent and guilty alike have a right to remain silent until they can acquire an attorney to defend them. Even if your loved one is innocent, it does not mean you should waive this right. By having a lawyer present, you can make the process go much smoother, and you can then move on as a family together when your loved one is released.

The law officials can hold a suspect for 24 hours without charging them with a crime. During this time a lawyer can be appointed. Lawyers will typically act as guard dogs in this case and ensure that the detention period either ends without your loved one accidentally incriminating themselves or by encouraging law enforcement to allow them to leave earlier.

If They’ve Been Arrested

Arrests happen when police catch you on the scene and have reason to charge you. Arrests do not have to mean a prison sentence. If you were drunk and disorderly you will be arrested; the same applies if you caused a fight. Jail time refers to the period where you are held in a cell before any sentence can be placed. In order to leave all that you need to do is post bail. There are exceptions to this of course, for instance, if you are being charged with murder.

When you are arrested, you will want to see a judge as soon as possible. The judge will hear the case against you and assign the bail amount. For simpler crimes, the jail might have a pre-set list of bails per crime. If you are drunk and disorderly, for instance, there might already be a pre-set bail for you to pay in order to be released.

You don’t have to worry about your bail being placed unfairly high, either. The Eighth Amendment protects citizens from being forced to remain in jail due to an excessive bail amount. The only time this bail amount will be high is in cases of murder, drugs, or other high-profile cases where the suspect fleeing arrest is likely.

If your loved one is not able to be released on their own recognizance, it will be up to you to pay for bail. As bail can still be far out of the reach of many budgets, you will then need to purchase a bail bond. How bail bonds work is that you pay a small percentage of the bail to Bail Man Bail Bonds who will then pay for the rest. You do not get this 10% of the value back, but you can bring your loved one home.

Coming Back Together as a Family

When your loved one comes home it is important not to assign blame right away. By accusing them without evidence and only based on hearsay you are tarnishing their trust. Listen to what they have to say and how they justify what has happened and believe them. Our justice system works based on the fact that you are innocent until proven guilty.

Of course, in some cases the blame will be apparent: if your loved one totaled their car and was found to be under the influence, for instance. Anger is a natural response, but you need to temper it for the time being. Try to communicate calmly so that everyone can get their feelings out into the open.

If you really want to come together as a family from there, do family activities. Make dinner together, do the chores, go grocery shopping. Try to spend time together bonding so that you can move past any pain and anger. Having a loved one almost die from a DUI-related incident is terrifying, and it is frustrating because it will have been entirely their fault. If you allow your pain and anger to get the better of you, however, you could end up pushing your loved one away.

Only by having a strong relationship with their family can those who have seen the wrong side of the law properly rehabilitate. They need to know someone believes in them. If they do get sentenced and are found to be guilty, this will be even more important, as it will be up to you to help them get through their sentence and then rejoin society afterwards. By staying strong and staying together now, you can make that process easier.

How to Bring Your Family Together After an Injustice added on Saturday, April 14, 2018