A Session with Professor Zorkophsky (RR)

“YOU’RE NOT THE ONLY ONE” 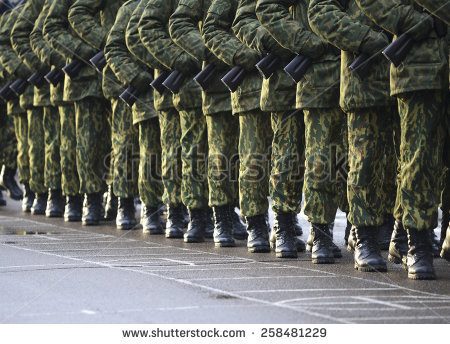 (Mar. 16, 2017) — “Good evening, ladies and gentlemen, and welcome to a special edition of ‘The Pulse of the Nation.’ The way we do the commercials from the shows that are taped in the studio, the editor places them haphazardly with nary a thought for continuity, so I’ll apologize in advance if the placement impedes the flow of the conversation. Now that we got that out of the way, with me here in the studio is our old friend, Professor Zorkophsky.”

“Please call me ‘Zork’ and let’s skip the formalities.”

“’Zork’ it shall be. So, tell us, Zork, what brings you back from the Swamp? By the way, how was the consulting business in Washington?”

“It’s the epicenter of the universe for stories, this I’ll tell you. Never-ending; every day there’s news; I kid you not. And the news isn’t all bad, surprisingly; sometimes there’s good stories to tell.”

“But who wants to hear ‘good stories,’ right?”

“Right, indeed. I tell you, the antics that Bill and Hillary pull off are enough to keep a rag-type sleazy magazine in the black. The story (that’s about to break wide-open, maybe) about Uranium One and How Iran Got Its Thermonuclear Bomb is the really big story in the last half-century.”

“You mean there are forces opposed to having the story told?”

“Are you kidding? Americans are really gullible, you know that?”

“Isn’t the word ‘gullible’ doublespeak for the word ‘stupid?’”

“You know it is. But I’m not back in town to talk about what’s going on in the Swamp; no, I’m here to hawk my new book, ‘The Shell-Shocked HAVE No Future’; another bestseller that I hope will make it to Hollywood where I can get my name on the silver screen as screenwriter.”

“My gosh, another book? Whenever do you find the time to do all of your writing?”

“Easy, once you put your mind to it. They say the mind is a terrible thing to waste, which is true, but time is an even bigger waste. I mean, take food and money and what do you have?”

“Precisely; and that’s my point: but if you take time, what do you have?”

“I’m sorry, but somewhere back at the word ‘bestseller’ you lost me.”

“No, I didn’t: you just misunderstood. You see, ‘Shell-Shocked’ is just another name for PTSD, and those people don’t see a future.”

“Okay; I’ll bite: why do sufferers of PTSD don’t see a future? Did that come out right?”

“Yes. Let me put it this way: if you had a bunch of travel brochures, like ‘Isn’t it Time for a Vacation?,’ you wouldn’t put them on a plane ferrying troops to the front, now, would you? No, you’d put them on the plane bringing our troops back home, right?”

“There’s no ‘suppose’ about it. Here, let me read a portion of the book, as an example:

For brevity, henceforth the eminent Professor of Nutty Behavior shall by referred to as ‘Nut Doc’ and the patient suffering from PTSD shall be referred to as “The Nut.’

The Nut: “You’re not going to believe this because you’re one of them – I know it – but I could be wrong; I know I’m not wrong but I could be, understand?”

Nut Doc: “Every word. What do you say we write you a prescription?”

The Nut: “For what? Reality? Look around you: none of it’s real. Oh, there’s birds and people and cars, but it’s just not the same. Look, I know I love my wife but how in the heck can I visualize the future when I can’t acknowledge there’s such an animal when I can bite the bullet in the next breath: get it?”

Nut Doc: “I get it, and for real. It’s like you want to spend your life with her but there’s just no time left to do it, and then in a blink of an eye a decade goes by; maybe a couple of decades slip past.

“Welcome to the mind of PTSD and how they view what we take for granted: a future. We have it; they don’t. It’s that simple. They leave what they love because to stay is to tempt Fate, and if it’s one thing you learn on the battlefield, when the guy sitting next to you gets his head blown off with just one errant round aimed in the direction, and not necessarily at him (or you) in particular, you get the feeling that Fate left the word ‘fickle*’ miles back.

“And this feeling of nothing’s the same as it was when you left is a very real symptom of PTSD, so you’re not the only one who had it, has it or will have it. ‘I think I’m over my nightmare but I’m not 100% sure, and you’ll never be, either,’ is the real name of the game. ‘You cope; you manage’ is all you can hope for.

“The cure? There is none, but speaking from experience, booze, drugs and ‘pills from the VA’ will only make the despair worse.”

The Nut: “So your saying that you were going to write a prescription was all talk?”

Nut Doc: “You got it. Good luck to you; like all before you, you’re going to need it. Find yourself someone you can trust and won’t cheat on you; that’s the best anyone can expect, nuts or not.”

“That was very good, Zork. When will your new book hit the stands?”

“What a coincidence? Well, folks, I’m being told that our time is up; doesn’t time fly when you’re having fun? And so, on behalf of the crew, let me wish you all a goodnight: Goodnight.

[*fickle: as in “the best-laid plans of mice and men oft go astray,” and if that doesn’t make any sense, it’s not supposed to, at least in the context of this editorial.]

A Session with Professor Zorkophsky (RR) added on Friday, March 16, 2018