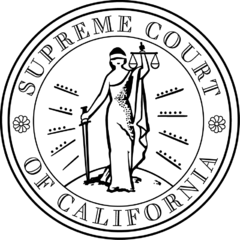 (Sep. 16, 2017) — On August 21, a petition for rehearing in the case of two children ordered to be adopted by the Los Angeles Department of Child and Family Services (DCFS) was denied by California’s Second Appellate Court, Division Four, with the parents, Roosevelt and Kanika Williams, now appealing to the California Supreme Court.

On July 28, the appellate court upheld the decision of the Edelman Children’s Court to finalize adoption proceedings for the children despite the parents’ claim that their civil and constitutional rights were violated by the children’s detention by the Department and that they have never abused or neglected their children.

On Wednesday, Roosevelt Williams informed The Post & Email that the Supreme Court reported that their petition was “accepted” and assigned Case No. S244206.  As in the past, the couple will be representing themselves.

Their third child is now under order for adoption by the same judge who presided over the other children’s cases, Judge Marguerite Downing.  All three are residing with Kanika’s parents, Willie and Katie Grant, who very much wish to adopt them.

The Williamses are not alone in claiming that the Los Angeles-based DCFS does not always act in the best interests of children.  In the cases of the Hendersons and “Michelle Robinson,” social workers were said to have made decisions and given testimony irrespective of the parents’ ability to provide proper care for their child or children.

Although lacking any documentation of abuse or neglect, the Hendersons lost all eight of their children to foster care and, to the best of The Post & Email’s knowledge, to eventual adoption. Their eldest child, a daughter, reported abuse while in a foster home perpetrated by a neighbor child, while several of the other children were placed with Spanish-speaking-only families, creating an automatic language barrier.

In Robinson’s case, her toddler daughter’s father obtained full and permanent legal custody despite a history of drug abuse and domestic violence against Robinson. Before the dependency court’s final order on April 25, 2017, the child’s father had been jailed for violating a restraining order Robinson had obtained against him.

Among a voluminous amount of documentation provided to The Post & Email by the Williams parents is a DCFS report showing that when their saga began in the summer of 2011, DCFS social worker Dominique O’Neal told Kanika’s mother that there was no reason to issue “a removal order” for her grandson from Kanika’s care.  “Four months later, they opened a case,” Kanika told us in a recent interview.  “My parents asked that a case be opened, but Roosevelt and I weren’t even in California; we were in Alabama.”

In several interviews exceeding five hours since The Post & Email first began reporting on the case, Roosevelt and Kanika have stated that Kanika began exhibiting strange behavior which caused Roosevelt to fear that she might hurt herself.  At one point, Roosevelt said he restrained Kanika and called the police for help, after which Kanika was hospitalized in a facility near their home for three days.

During that time, Roosevelt deemed it best for his son to stay with his grandparents.  Both parents told us that the physician who cared for Kanika determined that a medication was the source of her erratic and uncharacteristic behavior. As for the medication, Roosevelt said he had received it through the mail from O’Neal shortly after Kanika arrived in Alabama.

As Roosevelt had not witnessed the events before, during or after Kanika’s California hospitalization, he said he believed at the time that the medication was legitimate and that he administered it to Kanika as directed.

Kanika explained how the events unfolded:

The timeline is that DCFS first got a call from my parents trying to initiate a case.  That was June 2011.  I was put into a mental health hospital at that time. They forced medication on me that I don’t even know about that I had a reaction to later.  Whatever was going on in my system, it didn’t show up until I got to Alabama.

When I left California, I had no intention of going back.  I didn’t have any problems driving to Alabama and made it there safely.  But after that, I did have an adverse reaction, and it started to come out.  That’s when Roosevelt sent XXXX to stay with my parents temporarily.

I was coming off of the medication, and I was wild, but I was also angry, because I at least knew that my son wasn’t there.  That caused problems between Roosevelt and me.

I was in the Alabama hospital in the ICU unit for three days.  They took me off of the medication, I leveled out, and felt better.  The doctor diagnosed me as having an adverse reaction to the medication that I got at the mental hospital and that I had been under stress.  He advised me to relax and “get to a peaceful place.”

In response to some of the claims made in the appellate court’s July 28 “unpublished opinion,” Kanika said:

They never got my medical records.  They lied saying they had that.  They always ordered me to psychological counseling and various evaluations, but every time I went and got evaluated, they said, “No, she doesn’t need medication; she doesn’t need anything; she’s fine.”  The only time my mental health was questioned was when my parents had me put in the mental hospital and I was forced to take medication that I didn’t need.

Roosevelt has always made his home in Alabama, where the couple’s legal address remains, necessitating their travel back and forth between Alabama and California to attend court hearings as each of the three children has been placed in the foster-care system and adoption process.

Roosevelt told The Post & Email that the claims made in the appellate court’s July 28, 2017 opinion are untrue or grossly contorted, and specifically, that he and Kanika completed all required counseling and other classes ordered by the Department.

Kanika said that she has never abused drugs and is taking no medication presently.

Both parents have said that they will “never stop fighting” to regain custody of their children.