by Michael Gaddy, blogging at The Rebel Madman, ©2017 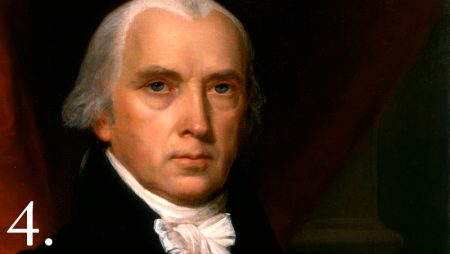 (Aug. 7, 2017) — “If we yield to the tax power of government. it places us in the lowest bottom of slavery. For if they can take away one penny from us against our wills, they can take all. If they have such power over our properties they must have a proportional power over our persons; and from hence it will follow, that they can demand and take away our lives, whensoever it shall be agreeable to their sovereign wills and pleasure.” ~ Silas Downer, an Original Son of Liberty, 1729-1785

All wars are about property, most usually the property of others coveted by a government. Our Second War for Independence, incorrectly called the Civil War, was no exception. This war increased this country’s indebtedness to the International Banking cabal and illegally converted all of the people in the country from citizens of their respective states to citizens of the American Empire.

The ability to even question the form or amount of such indebtedness was codified in Article IV of the 14th Amendment, an amendment which was never ratified according to Article V of our Constitution. But, as a learned lawyer stated to me personally just a few short months ago, “just try to get a judge in this country to admit that.” The very fact no such judge apparently exists should be a wake-up call for everyone, but alas, as Mark Twain allegedly stated, “It is easier to fool people than to convince them that they have been fooled.”

How many people in our country truly believe they are free? How many believe they can actually own property? As long as the government can tax you and your property, you are merely an indentured servant.

Our founders believed the right to own property was as crucial to freedom as any other right. Madison stated in his “Address to the Virginia Convention,”

“It is sufficiently obvious, that persons and property are the two great subjects on which Governments are to act; and that the rights of persons, and the rights of property, are the objects, for the protection of which Government was instituted. These rights cannot well be separated. The personal right to acquire property, which is a natural right, gives to property, when acquired, a right to protection, as a social right.”

I stated recently, in a presentation in Alabama, that the root cause of the problems we face today in this country could be found in our Second War for Independence.

After this war the private property of many in the South, during the hell that was Reconstruction, was confiscated by government and given to others. This is proof positive that the principles mention by James Madison above were trashed and the government, instead of protecting the rights of its citizens to own property, instead assumed the authority to take that property by force and redistribute that property into the hands of others. Such is the character of tyranny.

Do you own property? Do you own yourself? Do you own your children? The answer to these questions can be answered with a resounding “NO.” If you owned yourself you could put whatever substance you desired into your body without government approval. If you owned your children you would not have to submit them into the hands of others to be educated or be given government-approved vaccinations.

Do you actually own property? Is it yours to do with as you see fit or are you merely leasing that property from government with annual lease payments known as taxes and/or restrictions from a government agency? If you have paid off the mortgage or loans on your property do you own that property or is it subject to liens the government has made in order to secure loans for the national debt?

Ah, Rebel, you say. How can that be true? How can the government mortgage my property for security for the national debt. Well, let’s take a look to the Congressional record and perhaps a U.S. Supreme Court decision for the answer.

“The money will be worth 100 cents on the dollar, because it is backed by the credit of the Nation. It will represent a mortgage on all of the homes and other property of all the people of the Nation.” Congressional Record, 1933, March 9, p. 83.

“But it has been claimed to be a proper regulation of commerce, for Congress to provide a uniform national currency: and that these legal tender notes, were, in effect, a mortgage on the whole property of the nation and therefore, the best secured and most uniform currency the nation could have. Although, in truth, the security for this or any national debt is exactly the extent to which the people will consent to contribute through taxation to its payment.” Knox v Lee, 79 U.S. 287, 298, 12 Wall 457-681 (1871)

So, when did everything begin to go terribly wrong? Again, the answer is to be found in the so-called Civil War. Curiously missing at the end of that war, even with the surrender of the South, was any form of formal peace treaty or agreement. Why is that, one might ask? The simple answer is the war was fought by forces of tyranny against the people of the entire country and their Constitution and Bill of Rights. Abraham Lincoln and his minions were just as destructive to the rights of the people of the North as they were the people of the South. All of the people of this country were to be considered a conquered people with the powers of unrestrained government representing the victor.