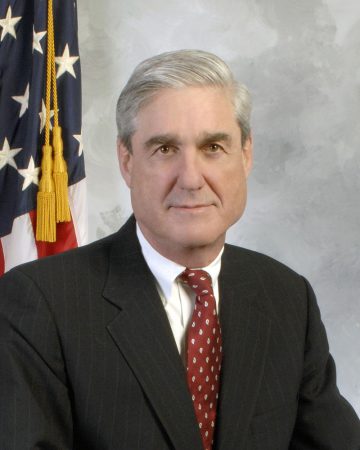 (Jun. 20, 2017) — I am calling out the former director of the FBI, Robert Mueller, as being engaged in treason.  I am declaring Robert Mueller a national security threat.  Mueller is an active criminal.  He is responsible for, among other things, still categorizing me as a domestic terrorist.

I am not a domestic terrorist.

Mueller was responsible for having me on the cover of TIME Magazine back in October 2010.  He is responsible for the Madisonville Hoax and for the thought-crime prosecution of Navy veteran Darren Wesley Huff.

Mueller is today involved in a predatory hunt to take down a sitting president, President Trump.  That’s what he is up to doing.

Mueller is invested with power which we condemned in 2010 and which contradicts our Constitution regarding our republican form of government.

We said years ago that the prosecution of Darren Wesley Huff was the most significant case in our history.  It still is today. What was written about this years ago is demonstrated today in that guys like Mueller and Comey and Acting FBI Director Andrew McCabe are empowered with going out and arresting people for what they think someone is thinking: a “Minority Report” crime.

This is the kind of power Mueller has going into this “Special Counsel” inquiry. It wasn’t known immediately what Mueller was supposed to investigate, and then there was a memo that came out from Rod Rosenstein that said he was going to look into the “Russian collusion” thing, but that’s all been dismissed.

We hear now that Mueller is not investigating the president, but news reports say that he is, so who knows what he is doing?

Mueller is right now the most powerful guy in DC.

With that, I’m sounding the alarm and the alert after seeing the shooting last Wednesday, Flag Day, June 14 and comparing the event to what took place in Madisonville, TN on April 20, 2010 and the days leading up to it to show people what Mueller has already done, which is illegal, and what he is empowered to do to a sitting president.

Mueller and Rosenstein know that Mueller is ethically prohibited, in legal terms, from conducting any investigation into the matters that we think he might be looking into.  Last Tuesday, Attorney General Jeff Sessions testified to the Senate Intelligence Committee and was asked why he recused himself from the Russia investigation.  His answer was that according to the code of federal regulations, if you have an interest in any case you might be investigating, you have to move away.

That’s just one of the prohibitions which Mueller suffers right now, today.  Mueller is breaking the law right now.  Mueller should be the one who’s moving away from this investigation because of his conflicts, and the conflicts are profound, in plain view and very sinister.

Newt Gingrich pointed out that the first four attorneys on this team of 13 so far are very much in the Obama/Clinton camp, so what Mueller is doing is very clear.  Mueller shouldn’t be hiring anybody.  He needs to step down from this.  He is breaking the law.

Mueller’s law-breaking and the fact that he’s involved in trying to unseat a sitting president is an act of treason and is consistent with the fact that Mueller has not yet been able to recognize that he’s not allowed to conduct this investigation.

[Editor’s Note:  This post is the first of several in this series.]