IS SHE TELLING THE TRUTH THIS TIME? 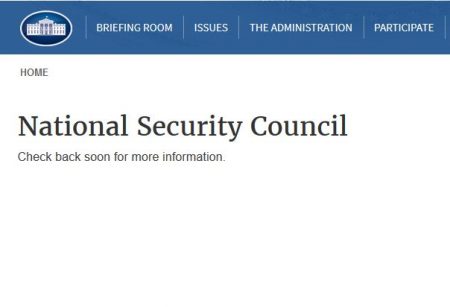 (Apr. 4, 2017) — In response to the allegation first made by Mike Cernovich that Obama national security adviser Susan Rice requested that Trump and his aides’ names be “unmasked” in intelligence reports for as much as a year before Trump’s inauguration, the mainstream media has both refused to cover the story and hypothesized that Rice’s actions were politically-motivated.

The president’s national security adviser is part of his National Security Council (NSC).

CNN, ABC News, CBS News and NBC News have refused to consider the explosive Rice allegations as a serious news story, while Fox News is offering commentary and analysis seeking, in some cases, to see Rice’s possible accomplices exposed amid a deeper investigation.

Some at Fox are still crediting the Rice story to Eli Lake of Bloomberg View, when in fact Cernovich broke the story on Sunday evening after he learned that Lake and other journalists were reticent to publish it.

On Tuesday Rice was interviewed by Andrea Mitchell of MSNBC, at which point Rice admitted having requested that the names be revealed but not that her motivation was political.

Questions have arisen as to whether or not the alleged “incidental” data-collection was, in fact, “incidental” or if it was a targeted undertaking of a political foe by the Obama regime.

Also unanswered is who revealed the names of Trump transition aides, including Lt. Gen. Michael Flynn, to the press, which is a felony.  While Rice has admitted asking for the individuals’ identities, she has denied being the leaker of the information.

On September 16, 2012, Rice went on five national Sunday talk shows to say that the terrorist attack in Benghazi, Libya was caused by Islamic anger at an obscure internet video, a fabrication repeated by then-Secretary of State Hillary Clinton to the faces of surviving family members of the four killed.

On March 19, former detective Mike Zullo and journalist Dr. Jerome Corsi said on the Alex Jones Show that a former NSA and CIA contractor, Dennis Montgomery, has presented evidence that Donald Trump, his children and some of his managerial-level employees have been surveilled by the government since 2004.  Montgomery’s attorney, Larry Klayman, has added that 156 judges, U.S. Supreme Court Chief Justice John G. Roberts, and prominent businessmen, including Trump, were surveilled, according to Montgomery.

On Monday night, a former Obama adviser appeared to confirm that routine government surveillance by the National Security Agency (NSA) began in 2004.

Rice’s interview with Mitchell contradicted her statements made on PBS on March 22 in which she told host Judy Woodruff that she had no knowledge of evidence House Intelligence Committee Chairman Devin Nunes said he viewed showing that “deeply troubling” surveillance of U.S. citizens had been conducted by unknown government operatives.

A number of commentators on Tuesday and this writer noted that when Rice denied having leaked the names, she utilized the double negative of “I didn’t leak nothing to nobody,” which technically means the opposite of what she said.

Susan Rice Under a Microscope added on Tuesday, April 4, 2017

3 Responses to "Susan Rice Under a Microscope"