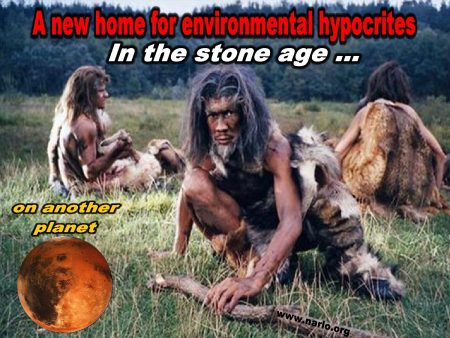 (Dec. 18, 2016) — To millions of Americans, the environmental movement has become a cult-like obsession that has consumed the collective mindset with emotional hogwash, propaganda, outright lies and irrational guilt.  Some have labeled this cult “The Green Plague.”  (The “Plague“)

The “Plague” is based on the false premise that humans are a virus infection on Mother Earth and every aspect of human life most be regulated to the “nth” degree to protect the “Mother.”  In reality, humans are but a part of the evolutionary and natural processes of Earth, and those processes, not environmentalists or governments, will determine the final outcome.

The method to environmentally indoctrinate the human is to make him or her feel guilty for all of his or her environmental sins and that guilt will then manifest itself in the correct “green” behavior, as prescribed by the carriers of the “Plague.”  As long as the mind is infected with the “Plague,” we will continue to get such things as economy-destroying, expensive, man-caused global warming legislation, as well as endangered species acts and environmental protection laws that virtually eliminate constitutionally-protected property rights.  Victims of the “Plague” will end up totally brainwashed, obsessed and scared, while those same carriers of the “Plague” continue their onslaught on the human mind and the control of all human activity.  The “Plague” is the antithesis of freedom, liberty and constitutional property rights and is just another tool to merge America into global government.     (See: “Environmentalism – Building Blocks for Global Government“)

People who are infected with the “Plague” believe that there are just too many humans on the planet that are destroying “their” mother Earth.  To the point, John Davis, editor of the Earth First Journal said, “I suspect that eradicating smallpox was wrong. It played an important part in balancing ecosystems.” Prince Phillip, former president of the World Wildlife Fund, said, “If I were reincarnated I would wish to be returned to earth as a killer virus to lower human population levels.”

One of the more deleterious effects of the “Plague” is its attack on fossil fuels, or more particularly that energy produced from the black gold called crude oil.  But its attack doesn’t stop with black gold.  The “Plague” attacks energy produced by hydro-electricity, atomic energy, natural gas and coal.  If it could, it would destroy dams, refineries, oil tankers, electric transmission lines, pipelines, mines and mining.  The only energy the “Plague” doesn’t attack is its precious renewable energy from wind, the sun, biomass and geo-thermo energy.  It especially hates the gasoline, diesel and kerosene that power our cars, trucks, trains and planes because they come from that dreaded of all evils, crude oil.

So let’s start with some facts on where American energy is produced.

However, our cars and trucks (in fact, all of transportation) use 70% of all the by-products from crude oil.  Renewable energy has no capability of powering our cars and trucks, so according to environmentalists, all of us should be shoved into big cities where we walk, ride our bicycles, or take mass transit.

In 2015, about 140.43 billion gallons (or about 3.34 billion barrels) of gasoline were consumed in the United States, a daily average of about 384.74 million gallons.  To give you a perspective on just how much our annual consumption of gasoline is, think of 3.34 billion barrels stacked on top of each other.  It would rise almost 1,800,000 miles into the vacuum of space and environmental hypocrites, who use just as much gasoline as the rest of us, want to eliminate gasoline and crude oil and replace our power sources with sun and wind energy ….. an impossibility!  We wrote a prediction on what a gasoline, crude oil, nuclear-free nation might look like entitled, “Back To The Future: The Obama Legacy“)

Our cars became the next step to the freedom of movement and replaced the ever-so-slow horse and buggy.  Nevertheless, environmentalists would willingly deprive us of the fuel for that freedom.

The Environmental Protection Agency (EPA), created as a cabinet agency under the President in 1970, is the instrument environmentalists use to further their environmental takeover of the American people and adopt the “rules” that implement their goals.

We will not argue against some of EPA’s responsibilities, such as cleaning up hazardous waste sites and regulating the use and disposal of toxic chemicals.  However, by EPA’s very size, like any large government agency, it accretes, not unlike a river delta.  It just keeps getting larger and larger.  Now, with over 15,000 employees and a 2016 budget of $8.1 Billion, it has immense power to disrupt the lives of every American citizen, not only in the cost of its policies on the overall economy, but its ever-growing power over all land, water, air, transportation, mining, noise and energy.

As we speak, the EPA and the Army Corps of Engineers continue to lobby Congress to remove the word “navigable” from the Clean Water Restoration Act, a re-write of the Clean Water Act.  They are threatening that if Congress doesn’t do it, the EPA will just adopt a “rule.”  Removing the word “navigable” from the Act would mean that the EPA and the Corps would have dictatorial control over every water body, wetland, or mud puddle in America.

The EPA is run by environmental zealots and unaccountable to the people.  Hopefully, a president Trump can at least arrest the EPA’s headlong charge into environmental slavery by appointing a rational director who will, “Drain the Swamp.”

Energy is not the only thing that environmentalists hate, or champion.  They are absolutely obsessed with ecosystems, wetlands, mountains, rivers, lakes, oceans, deserts, grasslands, or jungles, together with animals, plants, birds, insects and microbes ….. or God forbid, endangered species.  For some obscure or irrational reason, environmentalists want to stop time in the 21st century and secure it for future generations, or to preserve all life as it exists today, without regard to natural evolutionary processes.  (See: “Putting A Face On Radical Environmentalism“)

But to see environmentalism or endangered species clearly, you have to put them in perspective.  Over the 4.5 billion-year lifespan of Planet Earth, over 99% of all species that ever lived are now extinct.  Why should all species that live in only the 21st century be preserved?  Why should that preservation interfere with the natural, God-given rights of American citizens and force them to pay for these insane policies?

Think about it.  Geologist and Earth scientists have determined that at one time Earth was one giant frozen planet.  Twelve thousand years ago, one-third of the Earth’s surface was covered in a layer of ice more than one mile thick.  During the most current ice age, which lasted longer than civilized man has lived on Earth, there were no animals, plants, insects, or habitat that could survive under this harsh, frozen environment.  But life on Earth still managed to survive in other places less hostile.  The ultimate thaw of that ice age and the resulting rushing torrent carved deep gouges and massive channels in the Earth’s surface.  It created riverbeds and dry falls and lakes and inland seas and other features in the Earth’s crust not there before.  Now that was global warming on a grand scale.  Man had absolutely nothing to do with the thaw of the last ice age, as he was still a hunter-gatherer.  He certainly had nothing to do with the Earth becoming an ice ball millions of years ago.

Environmentalists cry “wolf” on very little data and way-too-short time periods to come up with meaningful predictions, as they have with the fraud of man-caused global warming.  To spend billions of dollars to preserve alleged endangered species, introduce and manage wolves and grizzlies where they don’t now exist, radically control CO2 emissions and at the same time repeal the 5th Amendment to the Constitution should be called what it is, environmental insanity, if not outright treason.

Is man having an effect on Planet Earth?  Certainly.  But if man became extinct, which is almost certain to happen by man-made, terrestrial, or extra-terrestrial forces, his effect on the Earth, other than concrete-steel reinforced buildings and some old pyramids, would be almost virtually erased in less than ten thousand years, a blink of geologic time.  The Titanic sunk in April of 1912, a little over 100 years ago and scientists are predicting, at the present rate of decay, there will be nothing left of the Titanic in another 100 years.

Earth is a vicious, mindless, self-correcting, self-cleaning organism, and its self-correcting mechanisms are at work all the time.  Animals, planets, insects, birds and microorganisms are going in and out of extinction at this very moment and their extinction has absolutely nothing to do with human habitation of the planet.  There is a distinct possibility that the natural, violent processes of Earth could very well drive man to extinction.

Are we saying we shouldn’t clean up our act?  Of course not.  If you live in filth you could very easily die from that filth, as millions of people on the Earth came to learn from past plagues and mass virus and bacterial infections.  Cleaning up one’s filth just makes common sense.  But that doesn’t mean in cleaning up the filth we have to throw our individual, unalienable rights and our Constitution to the four winds in exchange for an Absolute Environmental Monarchy!

Environmentalism used to be a practical and pragmatic word.  Now it is just another word for an irrational religious, one-world cult that is working diligently to brainwash all of humanity on a false premise and redistribute the wealth of successful nations to failing nations using radical environmentalism, climate change, the power of national and international governments and collective American guilt as their tools of the trade.  (See: “Slavery At the Hands of Environmental Fascists“)

But let’s see.  If we could convince all national and international environmental hypocrites to quit using their cars, disconnect the power from their homes, quit consuming both sugars, vegetables and proteins and quit emitting CO2 from their lungs and other bodily excretions, it is our prediction that we could reduce man’s impact on the Earth in a decade or two and restore our unalienable rights.  In short, if we could just “send all environmentalists back to the Stone Age ….. on another planet,” Earth would begin to heal almost overnight.  The fact is, there are just too many radical environmental hypocrites among us using too much land, oil, gasoline, cars, food, water, materials and electricity.  They are a direct threat to individual liberty.  With tongue in cheek we say, something must be done to stop and/or neuter them if Americans expect to remain free.

If you LIKED this article, or even if you didn’t like the article, send us a constructive comment.

Send Environmental Hypocrites Back To The Stone Age added on Sunday, December 18, 2016