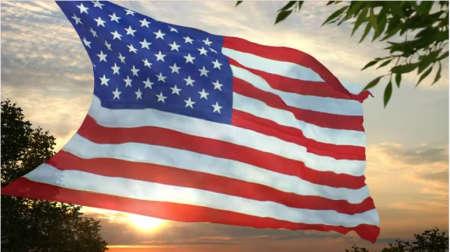 (Dec. 5, 2016) — Americans must first educate themselves and become familiar with the country they live in. Constitutionally-protected free speech is not absolute. Americans running around the country burning American Flags with liberal-leaning media at their side does not constitute or guarantee absolute speech protections.

Examples of unprotected speech are:

The Supreme Court has held that “advocacy of the use of force” is unprotected when it is “directed to inciting or producing imminent lawless action” and is “likely to incite or produce such action.”

Threats of violence that are directed at a person or group of persons that have the intent of placing the target at risk of bodily harm or death are generally unprotected. However, sometimes even political speech can be a threat and thus becomes unprotected.

Over the past decades, the Supreme Court has included a variety of decisions that disallow protections of free speech under specified circumstances. *The most important one was in 2015 and supports my contention that flag-burning is not protected speech. I will address this near the closing of this commentary.

I hope that the new Trump administration will appoint a fair and judicially-minded U.S. Supreme Court justice to reinstate the obvious and necessary constitutional protections to America’s flag. The burning of the American flag is not and never should have been considered free speech. The very act of burning something is a violent performance.

*The past events, as inscribed in our recent history with supporting actions by lower courts and the Supreme Court’s very own “consent by silence,” will support this contention.

Equated/attached with the flag-burning is the declaration, “Death to the Infidels.” This is now recognized as a far-too-common declaration, with American bodies already strewn across our own American soil, showing the results of their flag-burning. This is illegal and unprotected free speech as defined by our Courts and the Constitution.

This has set up a familiar but sad representation as to what 21st-century “Flag-Burning” means.

Right here in America, Mexicans have burned American flags, demanding that we return the “land that was stolen.” Statements by their accepted “leaders” have declared, “We have to eliminate the Gringo, and what I mean by that is that if the worst comes to the worst, we have to kill him.” This is illegal and unprotected free speech as defined by our Courts and our Constitution.

Also after the election, states such as Oregon and California have had some of the worst and most violent protests against Donald Trump, in concert with American flag-burning, along with “fatal” threats against the president-elect. *In this context they have intertwined the actions of flag-burning and death threats. This is illegal and unprotected free speech as defined by our Courts and our Constitution.

Black Lives Matter has burned American flags with declarations that they are “revolutionaries.” This is followed by violent destruction of properties and harm to innocent bystanders. The burning of the American flag has clearly become synonymous with violence.  This is illegal and unprotected free speech as defined by our Courts and our Constitution.

As we well know, some of the most sensitive Americans that we may ever encounter reacting to the abuse and violation(s) of burning our American flag are our very own war veterans. To these men and women, the flag is more than symbolic. It represents a way of life which hundreds of thousands have proudly protected and died for, hundreds of thousands of families that bear the pain of losing a family member but are proud of their service to all Americans.

The flag defines a lifestyle incomparable in its freedoms and liberties. To a veteran, the burning of the flag may also mean the destruction of all the protections of life and liberty he defended. Those are very real concerns, and much more than “symbolic.”

Shell Shock, Combat Fatigue, PTSD….From World War II, to the Vietnam War, to Grenada, to the Gulf War, to the Iraq and Afghanistan Wars, millions have been determined to suffer some form of PTSD. The very act of flag-burning can trigger suppressed PTSD emotions and violent uncontrolled responses, all inflicted by those presently “protected” by a disconnected Supreme Court. *The Supreme Court and the Constitution should not protect these individuals who have taken what the courts call “symbolic free speech” and turn it into inciting lawless actions and violent speech. These actions disallow and clearly remove the “veil” of protection given by the courts.

War veterans are a defined “group of Americans” that can very well be affected by these actions. This “group” is supported by the fact that the United States Government defines them as a separate group of individuals, as even the “benefits” they receive are and can be different from those of others who were also military, but not combat veterans.

The very act of flag-burning can be perceived as a threat against them as a group or as individual combat veterans, as they witness personally or through “social media,” the act itself and begin to feel threatened by this violent performance of something that they still feel must be protected. Who will be responsible for the activation or re-activation of a veteran’s PTSD because the courts feel it is best to ignore alleged “free speech” that has caused “great” harm to one or many? The act of flag-burning in this context is NOT free speech. This is illegal and unprotected free speech as defined by our the Courts and our Constitution.

Let me conclude by showing how the courts in America have recently supported the very contention I have laid before you, i.e., U.S. Supreme Court Won’t Hear Challenge To Morgan Hill School’s American Flag Ban (2015)

***In 2010 a California school refused to allow some students wearing T-shirts with the American flag onto school property. They were told to remove the shirts, turn them inside-out, or leave the school. This was a clear violation of their freedom of speech. The reason:  the school didn’t want to offend Mexicans students since it was “Cinco-de-Mayo” day. This went to the courts. A lower court agreed with the School and stated that the T-shirts were Not Free Speech, as they might “incite violence, anger from the (allegedly) affected Mexicans.”

Our disillusioned Supreme Court in 2015 (just last year) refused to address this case and let stand the lower court ruling!

How is this any different then Mexicans burning our flag or other protesters burning flags and being protected?

Their very flag-burning actions are inciting anger and potential violence from affected Americans, especially war veterans. The lower courts, with the Supreme Court’s consent, have, in effect, declared that the passive presence of the American flag is not allowed, but you will be protected if that same flag is being burned!!!!!…Outrageous!!!

**This very case and the Supreme Court’s refusal to allow for some equitable application of the law has inflicted millions of Americans with an “imprisoned/restricted” lifestyle, ruled by a judicial dictatorship, of rule-by-politics, from a very (Un) Supreme Court.

Who will use this recent (2015) decision to show that equality means that if one group may be inflicted by the American flag in a passive state, then surely others may also feel the active “pain” of the same American Flag-on-Fire. They must all be protected if our laws are to have any meaning.

Who will Challenge the Supreme Court to correct one of their own “hands-on” abuses and miscarriages of Constitutional Law in recent History? What say you, America??

Thomas Pastore, Vietnam Veteran/USMC, abused by a Court of Indifference and Incompetence.