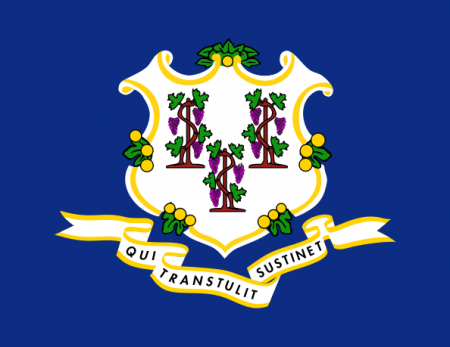 (Nov. 10, 2016) — The Connecticut Business and Industry Association (CBIA) and WFSB Channel 3 in Hartford have reported that as a result of Tuesday’s state elections, Republicans gained seven seats in the House of Representatives and read seats in the state Senate, the latter of which brought a 50-50 split in power in the upper chamber for the first time since 1893.

The local vote was in direct contradiction to the votes for federal offices, wherein all five U.S. Representatives and Sen. Richard Blumenthal, all Democrats, retained their seats in Congress with sizeable margins.

After the elections, Connecticut’s other U.S. Senator, Chris Murphy, commented on Wednesday that “Last night was a gut punch for a lot of us.”

The Connecticut House of Representatives saw a net gain of eight seats, bringing the number of Republicans to 72, with Democrats retaining the majority with 79 seats.

In June 2015, The Hartford Courant reported that Connecticut’s economy was growing more slowly than the economies of New York, Massachusetts, and the U.S. as a whole.

In September of this year, the CBIA reported that 5,200 jobs were lost over a three-month period and that Connecticut fared the worst of the New England states in replacing jobs lost during the recession which began in 2007.

Gov. Dannel P. Malloy (D), an Obama ally, is serving his second four-year term in the Constitution State.  However, the state’s history shows that a Democrat-dominated legislature is sometimes accompanied by a Republican governor as in the cases of former Gov. John Rowland and former Gov. M. Jodi Rell, who had been Rowland’s lieutenant governor.

On Wednesday, Malloy acknowledged that the shift in power in the legislature presents “a different dynamic” necessitating discussions as to “how we move forward together.”

In the presidential race, 53% of Connecticut voters chose Hillary Clinton over Trump’s support of 43%.

The Constitution State, Too, Votes for “Change” added on Thursday, November 10, 2016