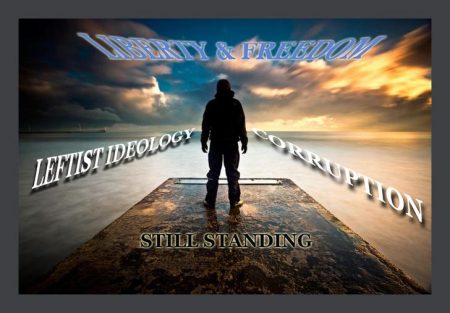 (Oct. 24, 2016) — On Wednesday, May 27, 2015 Mr. Nicholas Purpura, with assistance from the SAPPA Group, filed the first ever federal lawsuit charging the executive branch, several legislators and state judges with consistently violating the Civil Rights of the citizens of New Jersey.  They were charged with violating the Federal RICO laws.

As many who have been following this lawsuit will recall, it was given no chance of survival.  We were told that there was zero chance the case would last two months and all the work, research and cost we put into this effort would be blown away in an ideologically powerful gust.

That, my good friends, didn’t happen.  Here we are more than 17 months after the official filing of Purpura v. Christie, et al, this case has seen various efforts consisting of illegal collusion, unethical misapplication of law, fabricated technicalities, judicial misconduct, dirty tricks, and the failure of the District Court to rule on the authorities of the lawsuit.

During this time the SAPPA Group wrote letters to the editors of newspapers, requested assistance from the NRA and other various Second Amendment Rights organizations.  We contacted radio stations, we issued Press Releases and posted information on Facebook and Twitter.  All of this fell on deaf ears and blind eyes.  Not one of these groups would help in any way.  All of the gun groups, at least the ones that had the courtesy to respond, told us we were wasting our time and they needed to get back to their real goal, raising money.

Before we go on, it is important for our readers to know that there were several online websites that supported our effort by posting our articles and updates.  The Post & Email, Conservative News and Views, Ammoland, National Middleclass Network Briefer, Before Its News and several others have been great supporters.  Also it is important to report that the Central Jersey Rifle and Pistol Club and its members have been wonderful supporters. Without their help, this lawsuit would have indeed faltered.

Help also came from several Tea Party groups and individuals.  Jersey Shore, Ocean County Citizens for Freedom, members of the New Jersey Gun Forum have all helped.  Mr. Purpura and the SAPPA Group wish to extend our heartfelt thanks to all of these patriots and patriotic groups.

We were not surprised that the news media, in all its forms, ignored this case because as much as they despise Governor Christie, they hated gun rights much more. They knew that the anomaly of a Republican governor would pass. If this Civil Rights case was successful, it would be forever.

So, where are we now?  What is the status of this lawsuit? The one that would not last a month?  Here is a summary and an update.  To see more detail and read or download all of the documents generated by this case please visit; http://www.tpath.org/sappa-news-and-reports.html

That is where the case stands right now.  There are several things which can happen next.  But, as was the original intent of this lawsuit Purpura has managed to get his RICO Action into the Circuit Court of Appeals.  That of course was the thing the liberals most feared and the detractors on our side felt would never happen.

Now we come to the important stuff.  As Nick told all of us who have toiled in this case, right from the beginning, there was very little chance that any liberal court, of which both the District and the Circuit are, would ever allow the free and open certification of the Second Amendment, that the only chance would be in the US Supreme Court.

While all these delays from the District Court in the beginning seemed frustrating, Nick told us that in fact it may be a Godsend.  With the death of Scalia and a 4 to 4 balance on the Supreme Court, with any ruling made by them resulting in a tie, the lower court ruling would stand.  This we cannot have happen.

The hope is that this case does not get to the Supreme Court until after the Justice that President Trump puts in place has taken his or her seat.

Understand that all the work Purpura and the SAPPA Group have done will wither away like snowflakes in spring dawn if Hillary appoints the next Justice.  By the way, not just your Second Amendment rights are in danger, but so are all the other rights, as well as this entire country.

There is no way we can recover from or survive 40 years of a liberal Supreme Court.

To read the earlier filings, click here and scroll to the bottom.

Over a Year and Still Standing added on Monday, October 24, 2016