AS OBAMA, UN AND EPA SEEK TO DICTATE OUR LIVES AND LIVELIHOODS, THE REAL ISSUE IS GREEN RACISM 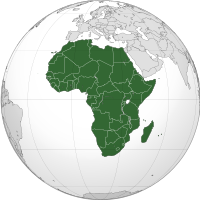 (Sep. 10, 2016) — Winston Churchill called Russia a riddle wrapped in a mystery inside an enigma. We could say Obama’s energy and climate policy is confusion wrapped in muddled thinking inside obfuscation – and driven by autocratic diktats that bring job-killing, economy-strangling, racist and deadly outcomes.

President Obama was recently in China, where his vainglorious arrival turned into an inglorious snub, when he had to use Air Force One’s rear exit. He was there mostly to join Chinese President Xi Jinping and UN Secretary Ban Ki-moon, to formally sign the Paris climate treaty that Mr. Obama insists is not a treaty (and thus does not require Senate “advice and consent” under Article II, Section 2 of the Constitution) because it is not binding – yet.

However, once it has been “signed and delivered” by 55 nations representing 55% of global greenhouse gas emissions, it will be hailed as binding. China and the US alone represent 38% of total emissions, so adding a few more big nations (Argentina, Brazil, India, Indonesia, Japan and Germany, eg) would reach the emission threshold. Adding a bunch of countries that merely want their “fair share” of the billions of dollars in annual climate “adaptation, mitigation and reparation” cash would hit the country minimum.

Few, if any, developing nations will reduce their oil, natural gas or coal use anytime soon. That would be economic and political suicide. In fact, China and India plan to build some 1,600 new coal-fired power plants by 2030, Japan 43, Turkey 80, Poland a dozen, and the list goes on and on, around the globe.

Meanwhile, the United States is shutting down its coal-fueled units. Under Obama’s treaty, the USA will be required to go even further, slashing its carbon dioxide emissions by 28% below 2005 levels by 2025. That will unleash energy, economic and environmental impacts far beyond what the Administration’s endless, baseless climate decrees are already imposing.

The battle is now shifting to natural gas – methane. Hillary Clinton and Democrats promise to regulate drilling and fracking into oblivion on federal lands. California regulators are targeting cow flatulence!

But all this is necessary, we’re told, to prevent climate cataclysms, like an Arctic meltdown. “Reports from fishermen, seal hunters and explorers all point to a radical change in climate conditions and hitherto unheard-of temperatures in the Arctic zone,” the Washington Post reported. Icebergs are becoming scarcer, in some places seals are finding the water too hot, and within a few years rising seas “will make most coastal cities uninhabitable.” The situation could hardly be more dire. Oh, wait. My mistake.

That was in November 1922! Recent warming and cooling episodes are not so unprecedented, after all.

However, all this climate confusion, obfuscation, fabrication and prevarication are merely prelude, a sideshow. The real issues here are eco-imperialism, racism and racially disparate impacts.

Not the kind of racism the Washington Post alludes to by putting a front-page story about Donald Trump going to a black church in Detroit next to a piece about a black soldier being horrifically lynched at Fort Benning, Georgia in 1941. Nor absurd claims by Detroit Free Press writer Stephen Henderson that Trump is racist for daring to go to that church to “boost his stock among white middle-class voters,” when he has “no interest” in addressing inner city problems.

This racism is the sneaky, subtle, green variety: of government policies that inflict their worst impacts on the poorest among us, huge numbers of them minorities – while insisting that the gravest risks those families face are from climate change or barely detectable pollutants in their air and water. 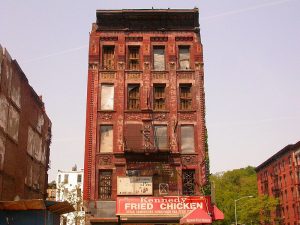 Unemployment among minorities, especially black teens, is already far higher than for the population at large. Crime and other inner city problems are far worse than elsewhere. Policies that further cripple economic growth, job creation and revenue generation will make their situation infinitely worse.

Of course, legislators, regulators, lobbyists, eco-activists, crony capitalists, judges and celebrities are rarely affected. Their communities are far from those that bear the brunt of their edicts, so they’re shielded from most impacts of policies they impose. They know what is happening but are almost never held accountable for actions that are racist in their outcomes, if not in their supposed “good intentions.”

To them, a planet free from inflated, hypothetical dangers from modern technologies is more important than lives improved or saved by those technologies. In Earth’s poorest countries, the outcomes are lethal on a daily basis. There, billions live on a few dollars a day, rarely or never have electricity, and are wracked by joblessness, malnutrition, disease and despair. Millions die every year from malaria, lung infections, malnutrition, severe diarrhea, and countless other diseases of poverty and eco-imperialism.

And yet, President Obama, the UN, its Intergovernmental Panel on Climate Change, and myriad environmental pressure groups tell impoverished dark-skinned people they should rely on “clean energy strategies” to improve their lives, but not “too much,” since anything more would not be “sustainable.”

“If everybody has got a car and air conditioning and a big house,” Mr. Obama told South Africans, “the planet will boil over.” He can jet, live and golf all over the planet, but they must limit their aspirations.

Thus his Overseas Private Investment Corporation refused to support a gas-fired power plant in Ghana, and the United States “abstained” from supporting a World Bank loan for South Africa’s state-of-the-art Medupi coal-fired power plant. Meanwhile, radical environmentalist campaigns limit the ability of African and other nations to use DDT and insecticides to control malaria, dengue fever and Zika – or GMO seeds and even hybrid seeds and modern fertilizers to improve crop yields and nutrition.

No wonder Philippines President Rodrigo Duterte said his country will not ratify the Paris climate treaty. “Now that we’re developing, you will impose a limit? That’s absurd,” he snorted. He’s absolutely right.

These anti-technology campaigns are akin to denying chemotherapy to cancer patients. They result in racist eco-manslaughter and must no longer be tolerated – no matter how “caring” and “well-intended” supposed “climate cataclysm prevention” policies might be.

If we’re going to discuss race, racism, disparate impacts, black and all lives mattering, and protecting people and planet from manmade risks, let’s make sure all these topics become part of that discussion.

Paul Driessen is senior policy analyst for the Committee For A Constructive Tomorrow (www.CFACT.org) and author of Eco-Imperialism: Green power – Black death and other books on the environment.