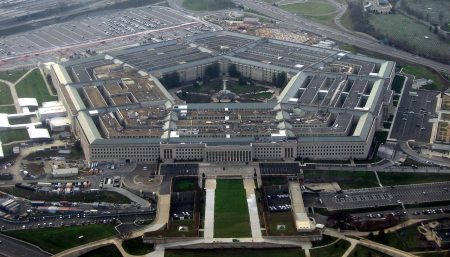 (Feb. 21, 2016) — Military triumphs and catastrophes have often hinged on how well (or luckily) armies and navies employed, avoided or benefited from weather and other natural events.

Severe storms helped the British navy defeat Spain’s Armada in 1588. George Washington knew horrid weather meant the Hessians would not expect an attack across the Delaware River on Christmas 1776.

Napoleon captured Moscow before leading his Grande Armée’s exhausted, starving, freezing remnants back to France through a bitter 1812 Russian winter. Hitler’s army never even reached Moscow; it was decimated by disease, starvation, bullets and frigid cold at Stalingrad 140 years later.

Eisenhower’s Normandy invasion plans anticipated a full moon that would illuminate bomber targets and bring low tides to expose German mines and obstacles along the beaches. Instead, overcast skies limited Allied air support – but persuaded the Nazi high command that no invasion would occur for several days. So senior officers stayed in Germany, leaving their army unprepared for D-Day, June 6, 1944.

Throughout history, commanders discovered that trying to predict the weather – or their enemies’ resolve – was fraught with peril. Even today, accurate weather forecasting is a highly uncertain science, even a few days in advance, especially for hurricanes or winter blizzards in Mid-Atlantic states where winds, storm tracks, temperatures and moisture are affected by the Atlantic Ocean, Gulf of Mexico and Arctic.

But now President Obama wants to compound his social experimentation with the military, by ordering the Pentagon brass to focus not on imminent weather events surrounding battle plans – not on threats from China, Russia, Iran, North Korea, ISIL, Hamas and other real hot spots – but on climate change years or decades in the future. He wants to replace Remember the Alamo with Remember the Climate!

Mr. Obama has issued an executive order directing the Department of Defense (and all other federal government agencies) to make preparing for global warming impacts a top priority, and treat climate change as our most serious national security threat. He even warned 2015 Coast Guard Academy graduates that “denying” climate change is a “dereliction of duty.” You can’t make this stuff up.

The EO directs the Pentagon to order all military commanders, down to battle planning levels, to include climate change analyses in combat planning, training exercises, intelligence gathering, weapons testing and procurement, fuel types and use, and practically every other aspect of military operations. This could include restrictions on the type and duration of training flights, amphibious landings and tank maneuvers.

It is sheer lunacy. It means bureaucrats and new layers of armed forces bureaucracies will waste time and money, and ignore real weapons and training issues. It means soldiers and sailors must now focus less on real natural and humanitarian disasters, and more on “climate refugee crises” that exist only in computer models, ivory tower studies and White House press releases. It could affect combat readiness and morale, make our warriors less prepared for warfare, and put them at greater risk of injury and death.

Other Obama orders forced the Air Force to spend $59 a gallon for “renewable” jet fuel and $67 per gallon for camelina-based F-22 Raptor fuel – and the Navy to spend $27 per gallon for biofuels from algae, waste grease and animal fat, and $424 a gallon for 20,000 gallons of “sustainable” diesel fuel. All that when conventional gasoline, diesel and jet fuel sell for $2.00-$3.50 per gallon (thanks to fracking)!

Like the other social experiments, this is being imposed by political operatives with little or no military service, few kids in the military, and minimal concern about how these policies, multiple deployments and stretched-to-the-breaking-point budgets might affect military readiness, morale, safety and families.

Even more absurd, the orders are based on pseudo-science and indefensible assumptions that carbon dioxide now drives climate change, and we have the knowledge and ability to predict climate shifts, extreme weather and related disasters years or decades in advance. Basing defense policies on these notions is ridiculous and dangerous. It’s like Eisenhower using tarot cards to predict Normandy weather.

The IPCC, EPA and White House continue to rely on still “murky” science, climatologist John Christy recently told the Senate Space and Science Subcommittee, “with large uncertainties on many crucial components, such as cloud distributions and surface heat exchanges.” This and other deficiencies cause predictions to be notoriously disconnected from Real World temperatures and weather events.

Contrary to those predictions, instead of rising a degree or more, average global temperatures have flat-lined for 19 years. Instead of more hurricanes, not a single category 3-5 hurricane has struck the U.S. mainland since November 2005 (a record ten-plus years). “Moisture conditions have not shown a tendency to have decreased (more drought) or increased (more large-scale wetness),” Dr. Christy noted.

Climate models still focus on manmade carbon dioxide and ignore most of the powerful, interconnected natural forces that have always driven climate and weather. In fact, “the theory of how climate changes, and the associated impact of extra greenhouse gases, is not understood well enough [for models] to even reproduce the past climate,” Dr. Christy explained to the House Science, Space and Technology Committee. There is no way they can forecast future climates, and they have failed to do so.

Adds Weatherbell forecaster Joe D’Aleo: they also disregard variations in the sun’s energy output; the important effects of the sun’s ultraviolet output, geomagnetic activity and cloud-enhancing cosmic rays; and the cyclical interplay of cold and warm water pools in our oceans, which significantly influence the severity of winters in Eurasia and North America (as just one example). All these factors affect weather and climate. They assume any warming is dangerous, rather than beneficial for people and agriculture.

Additional reasons for grossly deficient climate models are their “overly simplified and inadequate numerical techniques,” and the fact that decadal and century-scale circulation changes in the deep oceans “are very difficult to measure and are not yet well enough understood to be realistically included in the climate models,” says Colorado State University weather and hurricane analyst Bill Gray.

Reliable predictive capabilities require that we end our obsession with carbon dioxide as the primary driver of climate change – and devote far more attention to studying all the powerful forces that have always driven climate change, the roles they play, and the complex interactions among them.

And yet, Christy noted ruefully, “demonstrably deficient models are being used to make policy.” That has been disastrous for domestic sectors, like coal and manufacturing. It could be lethal for military forces.

One can easily imagine how Gilbert and Sullivan would treat this insanity in an updated HMS Pinafore:

Now landsmen all, whoever you may be,

If you want to be admirals at the DOD,

If your soul isn’t fettered to the White House fools,

Be careful to be guided by this golden rule:

Heed the climate models and never go to sea,

And you all may be rulers of Obama’s Navee!

The revised D’Oyly Carte lyrics notwithstanding, Mr. Obama continues to use climate change to justify his drive to fundamentally transform our economy, society, military, and energy, legal and constitutional systems. Equally ominous, Hillary Clinton and Bernie Sanders share his obsession and objectives.

The Joint Chiefs of Staff, Pentagon brass and line officers must battle these climate directives as forcefully as they would any of the real dangers that face our nation and world. So must we all.