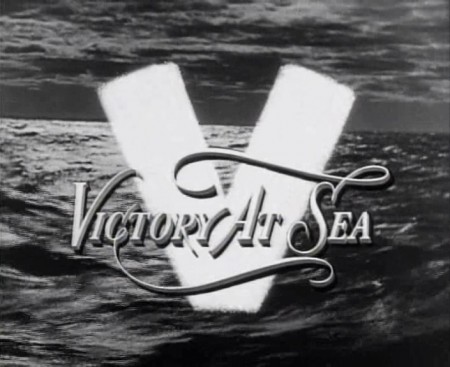 The curtain rises to the music of Richard Rodgers’ theme from “Victory at Sea.” The stage is set as the aft end of a US Navy destroyer, with a group of men lounging around, dressed in short-sleeved dungarees. The backdrop is of a harbor at sunset. As the act progresses, the lighting above the men remains subdued while the backdrop lights dim as streetlights; boat lights and city lights brighten.

Williams: “You never said your old man was in the Navy. That why you joined?”

Shoger: “Look, it’s not so bad once you get over the Navy way of doing things, and once I accepted it, that there’s no way of changing it, that you just got to go along with the flow, it’s not so bad. And that’s your problem. That’s why the Chief’s on your case. Be a lot easier if you’d just do whatever it is they want you to do and keep your mouth shut.”

Oaks: “Shoger’s right, you ought to listen to him, Cooper. Make your life a lot smoother.”

Cooper: “Maybe so, but, besides the ‘Navy way,’ there’s still right and wrong.”

Catcalls of “Forget it,” “He’s hopeless” and “You’re digging your own grave” are heard. Just then another man joins the group, entering from the right.

Cooper: “Nice going, Jackson. I got to take from these lifers and now my best buddy turns on me.”

Jackson: “But I got more news. The Captain’s being relieved. That’s right, for standing up to that gunboat the other day. Seems as if we should’ve let them shoot at us, maybe sink us. But the Captain, by calling us to General Quarters and shooting those 5” shells across his bow, sure as heck scared them off.”

Choruses of “No kidding” and “How about them apples?” are heard.

Jackson: “Anyway, getting on with the news, before I was so rudely interrupted, is that, now get this, the gunboat lodged a formal complaint, or their flag did, all the way up to the UN. And the UN complained to some left-wing news organization and they ran with it. So now they’re saying that our Captain is a loose cannon and has to be cashiered.”

Oaks: “This is very bad for us, guys, very bad. Heck, they put us out in harm’s way and we’re supposed to lie down and take it? I don’t think so.”

Cooper: “If I were the Captain, I’d like to go out with a bang. Listen: we leave early, like now, go to where those gunboats are and blow them all up. Orders? What orders?”

All of a sudden, the men jump up and salute as the Captain enters from stage right.

Captain: “As you were, men, as you were. I must confess to a discretion: I was eavesdropping. Sorry about that, so I overheard what’s been said.

“One of the things, well, make that the only thing, I like about serving on a destroyer is that everyone actually gets to know one another. Like there’s no place to run to and hide, right? Not like a bird farm.

“Cooper, you and I are a lot alike. I don’t know if you men are aware of this, but I’m a Mustang. That’s right, I came up through the ranks. Went to Boot Camp just like you guys did, and after my enlistment, went to college on the GI Bill and then came back in.

“I think Cooper is right: yes, there is a Navy way, but at the same time there’s such a thing as right and wrong. What’s going to happen is this: the madman — who is now our CIC, that would be Obama — is going to have me replaced and then have you guys go right back in harm’s way, sailing where we were last week where the same thing will happen, only this time a bunch of you will be killed, just like those on the USS Cole* were.

“Well, I agree with Cooper. Actually, I already thought of it and gave the order that we’ll be leaving port at 0300, at which time all of our radios will mysteriously stop working.

“Now, I’ve been going around asking the crew what they would want to do. So I’m asking you, and you’re the last. Do you want to go on this ‘against the orders run’ or do you wish to be put ashore?”

At the start of Ennio Marricone’s “The Ecstasy of Gold,” the men stand and stretch and then start to move on and off the set, carrying boxes of ammo, shell casings, and metamorphose into battle dress. Sailors don steel helmets, and, as the tempo of the music increases, so does the activity on the destroyer, preparing to go into battle. When the music stops, all freeze: the stage lights are extinguished and the curtain is immediately lowered.

End of ACT I

The curtain rises to the music of the “United States Marine Corps Hymn.” The stage is set as the rear of the destroyer is moored at a dock, with the dock being in the foreground. It is night, and in the far distance a foghorn can be heard throughout the second act. The sailors are in dress blues with sea bags on their shoulders leaving the ship.

Oaks: “No girlfriends, no wives and no band. Some homecoming.”

Cooper: “It was worth it, though. I never had so much fun. We sure as heck did a number on those gunboats.”

Jackson: “This is the first time I’ve ever come back from a cruise without a homecoming. I mean, not even a band? What are we, pariahs?”

Nelson: “Well, look what the cat dragged in; how did you know we were arriving at this ungodly hour?”

Roving: “I didn’t. I was on my way back to the studio after doing a breaking story on an NEO just discovered.”

Shoger: “You two know each other?”

Nelson: “Grew up in the same neighborhood.”

Roving: “I smell a story here. What you guys doing here at this time of night? No wives or girlfriends welcoming the warriors home? What gives?”

Cooper: “I don’t know if you’d believe it if we told it to you.”

Williams: “Careful, now. Remember, we all signed a non-disclosure form not to say anything.”

Cooper: “But did you read the fine print? It said for those serving. Well, I ain’t serving no more. Here, I got my separation papers, just like you, like all of us.

“I’m out, as in O-U-T. I’m a civilian, and I can tell Roving here the truth about our military and the self-destructive Rules of Engagement that this Administration has shoved down the throats of the United States military.”

Roving: “‘Non-disclosure’ forms? What’s that all about?”

Cooper: “Simple. We were attacked by a gunboat and the captain fired warning shots across its bow, and then a couple of days later the captain went back to their lair and wiped them out, every one of them, and totally destroyed the base, and I do mean totally.

“We used every bit of ordinance. We went in after we shelled the living daylights out of them and made sure we sent them all to Paradise; that’s why we used all of our ammo. See that guard over there at the after-brow? He’s got a gun, alright, but no ammo. Used up, every single bullet.”

Roving: “I’d like to interview the Captain. Where can I find him?”

Williams. “You can’t. He was killed leading us onshore. As a matter of fact, he was the only one of us killed. You think we were fired-up before that? That did it for us, believe you me. Nothing, and I do mean nothing, got out of there alive except these dogs that we brought back. We’re keeping them, all of us. We’re naming them after people in the Bible. This here is Abraham, but we call him Abe. Good boy.”

Williams: “Sure, we all did. And we were all discharged, kicked out, but with an Honorable Discharge. No Hershey Bars.”

Williams: “Medal; ribbon; some kind of meaningless award that dresses up the uniform.”

Jackson: “Do you see what I see coming our way?”

Jackson: “Look, the Captain was a good guy, one of the few. He had every one of us on-board read the ‘Pentagon Papers.’ He used to say that governments lie, and the biggest lie of them all is Obama and all his crooks. Look no farther than Hillary and the ‘I know nothing about any ‘Stand-Down Order.’’ Look, we better bug-off before they find an excuse to bash our heads in with their nightsticks.”

Nelson: “We should’ve saved some ammo.”

Roving: “Let’s get out of here, like now. Let’s grab a burger on the way back to the studio. I think we got ourselves a story. My treat.”

The lights dim and the curtain lowers as a rousing edition of “Anchors Away” is played.

[Note: When I was in the military and stood guard duty armed with an M1 carbine or an M1911 pistol, a round was ALWAYS chambered, safety ‘ON.’]