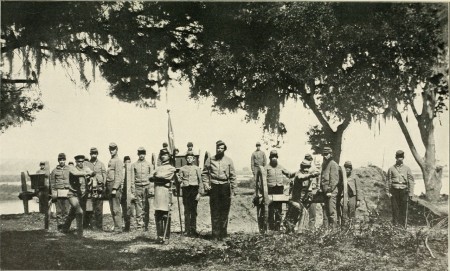 (Jul. 5, 2015) — Listening to the incessant racist whining from the political left, one would think that the raising of the Confederate battle flag on the statehouse lawn in South Carolina is a well-conceived suicide plot by conservatives and Republicans.  Nothing could be farther from the truth.  After two decades of relative quiet, the mass killing at Charleston’s Emanuel AME church has brought the Confederate battle flag back to center stage as a major national political issue.  The deranged assassin who murdered nine people in cold blood during a Bible study class had a representation of the Confederate battle flag and the flags of the apartheid regimes in South Africa and Rhodesia emblazoned on his clothing.  Clearly, he was a lone wolf race-hater, more than likely a registered Democrat, who simply hated black people.  Nevertheless, his affection for the Confederate flag has returned the flag to prominence as a symbol of racism in America.

The battle flag was first adopted in December 1861 and has served as a symbol of Southern ancestry and heritage ever since.  However, the flag was never officially adopted by the Confederacy and never flew over any of the Southern capitols during the Civil War.  It is likely the flag would have remained a museum piece and a symbol of pride in Southern culture and heritage had it not been adopted by the KKK, the paramilitary arm of the Democrat Party, and used symbolically by Dixiecrats during the 1948 presidential election.

In 1962, Democratic governor Ernest Hollings and a Democrat-controlled legislature caused the flag to be flown over the South Carolina Statehouse, beneath the U.S. flag, where it would fly for the next thirty-eight years.  Then, in 2000, the state legislature voted to move the flag from above the Statehouse to a Confederate soldiers’ memorial in front of the capitol building.  And while the flag has always served as a symbol of the courage of those who were conscripted to serve in the Army of Northern Virginia, and as a visible memorial to the 135,000 sons of the South who lost their lives in the American Civil War, racial agitators on the political left have never failed to use the flag to divide the American people along racial and political lines.

In 1856, Democrats won a landmark decision in the Dred Scott Case.  In writing the majority opinion, Chief Justice Taney, a Democrat, stressed the point that slaves were property, much the same as horses and cattle.  He said, “The Constitution protects private property and makes no distinction between the various types of property owned by its citizens.”

On December 14, 1863, just months after pro-slavery Democrat John Wilkes Booth assassinated Abraham Lincoln, Republicans introduced the 13th Amendment, banning slavery forever in the United States.  As the amendment was being debated on March 19, 1864, a northern Democrat, Cong. Fernando Wood of New York, a principal spokesman for the Democrats, argued that, “The proposed Amendment to abolish slavery in the states of the Union is unjust, a breach of good faith and utterly irreconcilable… It involves the extermination of all white men of the southern States and the forfeiture of all the land and other property belonging to them…”

The Civil Rights Act of 1866, introduced by Republicans, challenged the Democrats’ Black Codes by prohibiting discrimination on the basis of race and insured that every citizen had the right to contract, sue, purchase and dispose of property; and to “bring action and give evidence and to equal benefit of all laws of the security of person and property.”  Sen. Willard Saulsbury (D-DE), said, “I regard this bill as one of the most dangerous that was ever introduced into the Senate of the United States…  I have never, since I have been a member of this body, seen a bill so fraught with danger, so full of mischief, as the bill now under consideration.”

During debate on the Enforcement Act of 1870, a Republican bill to enforce black voting rights under the 15th Amendment, Cong. James Bayard, a Delaware Democrat, said. “…This bill is intended not to prevent discrimination between various races of men, but to discriminate directly against the white race in favor of the black race… I consider this bill not an act of appropriate legislation fairly to enforce that amendment, but it is only another attempt to bolster… the inferior capacities of the Negro race in the struggle for racial and political equality…  Now, sir, for whom has all this been done…?  It has been only for the ignorant, semi-barbarous race unfit for voting, manufactured into votes and allies of the Republican Party to sustain themselves a little longer in power.”  Since the 1950s, Democrats have accomplished the same ends through social welfare programs, creating a state of political and economic dependency for many blacks.

In 1871, Republicans introduced the Ku Klux Klan Act of 1871, the purpose being to bring an end to the Klan’s terrorist activities against blacks and white Republicans, primarily in the South.  During floor debate, Cong. William Stoughton, Republican of Michigan, charged that Tammany Hall Democrats in New York were supplying arms to the Ku Klux Klan in the South.  He said, “We may concede, Mr. Speaker, that if this system of violence is to continue in the South, the Democratic Party will secure the ascendancy.  If political opponents can be marked for slaughter by secret bands of cowardly assassins who ride forth with impunity to execute the decrees upon the unarmed and defenseless, it will be fatal alike to the Republican Party and civil liberty.  But sir, we may well ask where will this end?  How long will it be before the Tammany Hall Democrats, who are now furnishing arms to the Ku Klux Klan of the South to murder southern Republicans, will introduce this new element of Democratic success into the northern politics?”

During floor debate on the Civil Rights Act of 1875, a public accommodations bill identical to the Civil Rights Act of 1964, for which Democrats now like to claim authorship, was introduced.  Sen. William Saulsbury, a Delaware Democrat, argued, “It proposes to enforce familiarity, association, and companionship between the white and colored people of this country… That is the object of this bill.  It proposes so far as hotels are concerned that the white and the colored people shall have the same advantages, equal advantages; that they shall enter with equal right into every part of the inn; that the keeper of the inn shall make no discrimination on account of their race or color; that colored men shall sit at the same table beside the white guest; that he shall enter the same parlor and take his seat beside the wife and daughter of the white man, whether the white man is willing or not, because you prohibit discrimination against him.”

On February 7, 1894, the Democrat-controlled Senate passed the Repeal Act of 1894, a bill to repeal much of the civil rights legislation passed by Republicans in the years since the Civil War.  A portion of that bill repealed a law providing U.S. marshals in the southern states to protect the voting rights of blacks under the 15th Amendment.  In a Senate floor speech, in opposition to the bill, Sen. George Hoar, a Massachusetts Republican, said, “Mr. President, If you will produce me a citizen of the United States, a Democrat, who (has) lost his honest vote in consequence of intimidation or impediment created by these United States marshals, I will find on record here the proof of ten thousand Republicans who have lost their votes by Democratic practices…”

He concluded by saying, “Mr. President, the nation must protect its own.  Every citizen whose right is imperiled, if he be but one, when it is a right of national citizenship and a right conferred and enjoyed under the Constitution of the United States, has the right to demand for its protection the entire force of the United States until the Army has spent its last man and the Navy fired its last gun.  Most of us have nothing else than the right to vote….  The urn in which the American casts his ballot ought to be, aye, and it shall be, as sacred as a sacramental vessel.”

In the 121 years since Sen. Hoar’s challenge, no Democrat has ever responded to it.

It should be clear to everyone by now that Democrats will stop at nothing in their effort to absolve themselves of responsibility for slavery, secession, the KKK, and Jim Crow.  As a case in point, liberal history professor, Juan Cole of the University of Michigan, now blames the Charleston church shooting on the “Islamophobia” spread by “right wing Jews” such as Pamela Geller and Daniel Pipes.  He argues that “far right wing Jews,” like Geller and Pipes, and “the whole Islamophobic Network,” were “a key influence” in Dylann Roof’s decision to go on a shooting rampage in a black church in Charleston.

But Cole understands, as we all do, that there is not now, nor have there ever been, two Democrat parties.  There is only one Democrat Party and it is the font of whatever racism still exists in our country.  They, Democrats of the North and the South, have made it quite clear over the years where they stand on the subject of race.  It is their flag; they own it.

One Response to "The Democrat Party Flag"