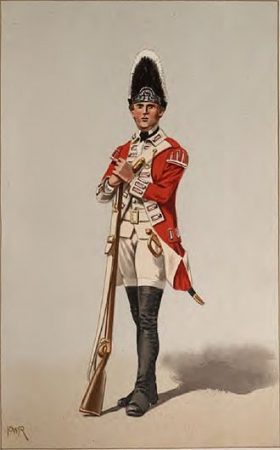 (Jun. 5, 2015) — Do real (aka legal) numbers of US citizens really care if the USA lives or dies and is taken over by Islamists and Nazis?   From the questions asked of people on the street by Jesse Watters of “Watters’ World” the answer is no…and it’s always a surprise to me that these people can actually get out of bed and dress themselves.  The late Peter Jennings’ television series “The Dumbing Down of America” has, ultimately, been proven to be oh so correct.  Is this a country even worth bothering to save?  Or has it been so corrupted and perverted from its original path that there is no longer anything to save?

The Guttmacher Institute’s piece “Abortion in the United States” writes “About half of American women will have an unintended pregnancy, and nearly 3 in 10 will have an abortion, by age 45.”  That’s millions and millions of legal murders being committed every year.  Mr. Obama and his syndicate are bringing in millions of illegal Muslims and others into the USA to replace and destroy US citizens (see stats on the site ‘Center for Immigration Studies’) who won’t go along with the planned Islamo-Nazi subjugation…while Congress yawns and SCOTUS supports nearly everything Obama proposes to destroy America as founded.  Is this a country worth saving?

False flags (government covert and created operation to deceive the population into believing [foreign] enemies have created a catastrophe when it was actually the domestic government) abound with some so obvious that—in a sane world–they would even strain the credulity of a true cretin.   False Flags have been around for millennia.  Nero blamed the Christians when he ordered the torches lit to burn down a large portion of Rome.  Hitler blamed the Communists (almost humorous as NAZI is an acronym for the National Socialist Party of Germany…it appears even Europe had been duly “dumbed-down” before Hitler’s rise to power) for the burning down of the Reichstag building when it was he and his cohorts who had actually effected it.  Recently, proving that he really does have the capacity to learn some things from history, now Obama is affecting—along with his domestic and other syndicate members—one false flag after another,  In a very few of these ObamaGov planned events some did die.  However, in many (think Sandy Hook School) no one did.  With the exception of the actors on set, Sandy Hook school wasn’t even open for business…and due to asbestos and other bio-hazards hadn’t been for years.  The ostensible  “shootings”  occurred 14 December 2012.  Initially, I was as shocked, angry and saddened as millions were.  But, then I started looking into the anomalies surrounding the event.  On 28 January 2013, I wrote my first column (Obama Pushing American People closer to Armed Resistance) which included some of these Sandy Hook peculiarities and, subsequently, wrote more columns about it.  My colleague and friend—Laurie Roth…The Roth Show—and I have done two 2-hour radio shows on the subject.  Unfortunately, due to a willing and collaborative US media who no longer investigate much of anything the Obama syndicate has labeled taboo, Obama is able to get away with one of these ruses after another–while all too many of the American people nod wide-eyed and swallow the concocted tales like drunken trained monkeys.

We now have the TPP (Trans-Pacific Partnership) passed—this time with Republicans—that gives Obama “fast track” ability to bypass Congress and act on trade bills almost instantaneously.  As with ObamaCare, only a few Senators even bothered to read it and—even then—the TPP documents were behind closed doors, Senators were not allowed to take notes on it and, apparently, had to sign what amounted to a non-disclosure agreement that they would not tell the American people what’s contained in it.  The screws are being turned on us by the new royalists.  And, now even the US Congress is acknowledging that Obama is King-Emperor of the USA while our newly feckless-against-our-enemies military “leaders” get ready to give their troops (and the foreign ones joining them) the order to begin attacking non-compliant-with-their-soon-to-be-enacted-enslavement American citizens.  Will Jade Helm 15 turn in a split second from a “training exercise” to the real thing?

Is there any hope that the majority of our fellow Americans will awaken from their stupor?  It appears more and more that just when we think the awakening is going to occur, it’s discovered they were only turning over in bed to better position themselves for more sleep.  Maybe it’s best they don’t as they will likely die quietly in their sleep while the rest of us fight the dragon.  The God of Abraham, Isaac and Jacob and our weapons and bodies—in that order–are the only things that can help us now.  Even then, the parallels between old Babylon and the current USA (see the video The Harbinger…link below) are astonishing.  We know what God has instructed but, too many have turned away from Him…as they did in old Babylon.  Are we Mystery Babylon? Is it too late to save that which has become essentially and irretrievably corrupt?  Isn’t it time for a complete restructuring and pruning of the USA back to its roots?   We may no longer even have time to answer those questions.  But, it is time to remember what we were told to do by our Creator…”If my people, which are called by my name, shall humble themselves, and pray, and seek my face, and turn from their wicked ways; then will I hear from heaven, and will forgive their sin, and will heal their land”–2 Chronicles 7:14

Abortion in the United States
https://www.guttmacher.org/media/presskits/abortion-US/statsandfacts.html

The Senate Has Passed the TPP Fast Track Bill—We Now Take Our Fight to the House
https://www.eff.org/deeplinks/2015/05/senate-passed-tpp-fast-track-now-fight-in-house

Is the USA Even Worth Saving Anymore? added on Friday, June 5, 2015

One Response to "Is the USA Even Worth Saving Anymore?"