“VARIATIONS OF THE SAME EXTREMES” 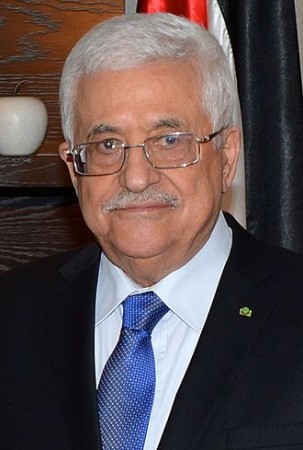 (May 21, 2015) — Inspiration is oozing everywhere these days.  The world was recently enlightened by the demands of the ‘Angel of Peace’  – Palestinian President Mahmoud Abbas on May 15th.  ‘Angel of Peace’ is the term that Pope Francis recently assigned Abbas at a meeting.  The Pope said:  “May the angel of peace destroy the evil spirit of war. I thought of you: May you be an angel of peace.” The Pope received a ton of heat over this comment and replied that he ‘meant no offense’ over it.

Regarding the Palestinian terror attack on a Jerusalem synagogue in November 2014, which slaughtered 4 Rabbis and a police officer, Abbas made his usual ‘halfhearted’ comments. At first he seemed to denounce the gruesome attacks by two Palestinians armed with meat cleavers and handguns.  Abbas then quickly connected the attack with the false allegations of Israeli threats to the al-Aqsa mosque.  The murders occurred during morning prayers and because of Israeli threats.

The same ‘Angel of Peace’ is the Chairman of the Palestinian Authority.  He headed the PLO terror organization’s military wing and planned many deadly attacks on Israel over the last several years.

The main barrier which I have screamed about over the years on my show and in my articles is that no Palestinian leader will go to the obvious first step and acknowledge Israel’s right to even exist as a Jewish state.  Abbas rejected on May 22, 2014 Netanyahu’s demand to recognize Israel as a Jewish state. You can add Abbas to the endless list of Jew-hating morons.  How do you negotiate with that?  There is nothing to talk about because Abbas, like all other Muslims, believes that Israel should not exist and must be eradicated.

The usual demands of Abbas, echoed by Obama, are variations of the same extremes which can never happen.  Israel must go back to pre-1967 war levels, which would leave Israel completely indefensible; stop building settlements and buildings on Israeli property the Islamics say is unfit, and do it all in our time frame or else.

The whole time that Israel is supposed to obey these absurd demands, Palestinian leadership won’t go to the baseline beginning level and even acknowledge Israel’s right to exist and put that in writing in their government docs.

Israel —  there is nothing to talk about.  Do not give up an inch more of land.  You shouldn’t have given away Gaza.  Demand Palestine acknowledge Israel as a Jewish state. Also, demand the organized attacks and suicide bombers stop and radicals be contained and/or arrested inside of Palestine.

Pope Francis needs to get on his knees and pray to the real ‘angel of peace,’ Jesus Christ and stop appeasing the Muslim world.

Israel – Stop Building – Move Off Your Property and Die added on Thursday, May 21, 2015