Now For the Bad News

IS NUCLEAR RADIATION THE WORST THREAT OF ALL? 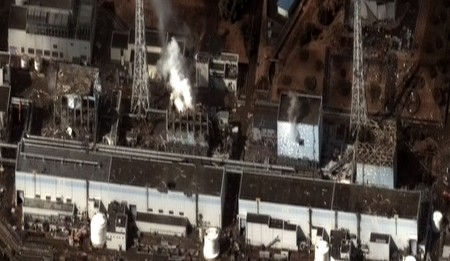 (May 10, 2015) — An article by Christopher Carson in the April 27 edition of Daily Mailer.FrontPage titled, A Mad Max Nation with No Electrical Grid, is enough to scare the bejabbers out of anyone.

In predicting what America would be like during a major outage of our electrical grid, Carson tells us: “It’s been one year since a white-hot study by the Federal Energy Regulatory Commission was leaked to the Wall Street Journal.  The government study concluded that coordinated attacks on only nine electrical transmission substations in the United States could bring down the entire trinity of grids (called interconnections) that supply electricity to America.  Terrorists would have to physically destroy only four in the East, three in the West, and two in Texas, plus one large transformer production plant, and ‘the entire United States grid would be down for at least 18 months, probably longer.’

“Imagine what that would mean for a nation entirely dependent upon electricity for its very survival.  Almost all large transformers are constructed overseas, including China, and the typical lag time from order to delivery and installation is two years.  Forget no iPhones.  Try no working sewer systems, no heating, no cars (because no gasoline pumps), no transportation, no garbage collection, no hospitals, no medicine kept in cold storage, no working government, and no civilization.  It wouldn’t even be a medieval society because Europe in the Middle Ages had functioning governments, currencies, and a trading system.  The USA would be more like the world of Mad Max: Beyond Thunderdome – for the lucky survivors.”

This was preceded by an April 23 article by Discovery Communications and the Washington Post, describing a University of Utah geophysical study published in the current edition of the journal Science.  The University of Utah study titled, Yellowstone Supervolcano Much Bigger Than Thought, reports that a giant reservoir of magma and hot rock beneath the Yellowstone supervolcano has been found and imaged.  The newly found reservoir lies 12-28 miles below the surface, and is four-and-a-half times larger than the shallower, hot melted rock zone that powers current Yellowstone geysers and caused the caldera’s last eruption some 70,000 years ago.

“The volume of the newly imaged, deeper reservoir is a whopping 11,000 cubic-miles (46,000 cubic kilometers), which is about the volume of Long Island with 9 miles of hot rock piled on it, or 300 Lake Tahoes…”

According to the Washington Post, the Yellowstone supervolcano is “one of the world’s largest volcanoes, one that is quiescent for the moment but is capable of erupting with catastrophic violence at a scale never before witnessed by human beings.  In a big eruption, Yellowstone would eject 1,000 times as much material as the 1980 Mount St. Helens eruption.  This would be a disaster felt on a global scale, which is why scientists are looking at this thing closely…

“The newly discovered reservoir is 4.5 times larger than the chamber above it.  There’s enough magma there to fill the Grand Canyon.  The reservoir is on top of a long plume of magma that emerges from deep within the Earth’s mantle… This system has been in place for roughly 17 million years… The last time Yellowstone had a calderic eruption was 640,000 years ago, and the misshapen hole it created was about 25 miles by 37 miles across.  This caldera has since been filled in by lava flows and natural erosion, and Yellowstone Lake covers a portion of the area. The main visual evidence of the old caldera is the striking absence of mountains at the heart of the park: They were literally blown away in the last eruption.”

But the Federal Energy Regulatory Commission study on the likely impact of a terrorist attack on our national electric grid, and the University of Utah study on the Yellowstone supervolcano,  are only speculative… forecasts of what might happen “if and when.”  That’s the good news; now for some bad news.

In an October 23, 2013 study by respected writer and researcher Michael Snyder titled, 28 Signs That The West Coast Is Being Absolutely Fried With Nuclear Radiation From Fukushima, Snyder paints a grim picture of the impact of the March 11, 2011 nuclear meltdown at Japan’s Fukushima I Nuclear Power Plant.   The failure occurred when the plant was inundated by a tsunami following the magnitude 9.0 Tohoku earthquake, resulting in the meltdown of three of the plant’s six nuclear reactors.

As Snyder prefaces his study he points to a map provided by the Nuclear Emergency Tracking Center which shows that “…radiation levels at radiation monitoring stations across the country are elevated… this is particularly true along the west coast of the United States.  Every single day, 300 tons of radioactive water from Fukushima enters the Pacific Ocean.  That means that the total amount of radioactive material released from Fukushima is constantly increasing, and it is steadily building up in our food chain.”

As evidence of his assertion, Snyder notes a U.S. Geological Survey statement stating that some of the thirty-three polar bears found along the Alaska coastline showed evidence of “alopecia (loss of hair) and other skin diseases.”

Snyder quotes National Marine Fisheries Service wildlife biologist Sharon Melin as saying that, at island rookeries off the Southern California coast, 45 percent of sea lion pups born in June 2013 were dead by October of that year.  The normal mortality rate among sea lion pups is less than one-third.

Among the findings in his research, Snyder notes that:

Along the Pacific coast of Canada and the Alaska coastline, the population of sockeye salmon is at a historic low.

Scientists have found that something is causing the fish along the west coast of Canada to bleed from their gills, bellies, and eyeballs.  One test in California found that all 15 of the blue fin tuna examined in a test were contaminated with radiation from Fukushima.

A vast field of radioactive debris from Fukushima that is approximately the size of California has crossed the Pacific Ocean and is starting to collide with the west coast.  It is estimated that the radioactivity of coastal waters off the west coast could double over the next five to six years.

The California coastline is being transformed into a “dead zone.”  Coastal rocks are unnaturally free of kelp, barnacles, and sea urchins and tidal pools are eerily devoid of crabs, snails, and other scurrying creatures.  Snyder reports that there are days in which he is hard-pressed to find even a half dozen seagulls and/or terns on the beach, compared to 10-15 years ago when the skies and all the beaches were filled with seagulls.

Up to 100 times as much nuclear radiation from Fukushima has been released into the Pacific Ocean than was released during the entire 1986 Chernobyl disaster in Ukraine.  It is projected that the entire ocean will soon have radioactive Cesium levels 5 to 10 times higher than during the era of heavy atomic testing in the Pacific during the 1940s and ‘50s.

In 2012, the Vancouver Sun reported that Cesium-137 was being found in 73% of mackerel, 91% of halibut, 92% of sardines, 93% of tuna and eel, 94% of cod and anchovies, and 100% of the carp, seaweed, shark, and monkfish sold by Japan to Canadian markets.  Some experts expect high levels of cancer among west coast residents from eating contaminated fish.

The BBC has reported that radiation levels around Fukushima are 18 times greater than previously believed.  Atmospheric radiation from Fukushima reached the west coast of the U.S. in just a few days in 2011.

The Iodine-131, Cesium-137, and Strontium-90 that are constantly emanating from Fukushima will affect the health of those living in the northern hemisphere for generations to come.  Iodine-131 can be ingested into the thyroid where it emits beta particles that damage tissue…  Cesium-137 from Fukushima has been found in fish caught as far away as California.  It spreads throughout the body, but tends to accumulate in muscle tissue.  Strontium-90, which mimics Calcium and accumulates in the bones, has a half-life of around 29 years.

To consider the impact of these tragedies… one politically preventable and two dictated by the laws of nature… tends to make issues such as global warming, the Middle East conflict, and an $18 trillion national debt pale by comparison.  Since it is impossible to say anything remotely positive about the fates that might await us, a few wise words on fatalism appear to be in order.

Samuel Butler once said, “Let us eat and drink, neither forgetting death unduly nor remembering it.  The Lord hath mercy on whom he will have mercy, etc., and the less we think about it the better.”

Finally, George Bernard Shaw once said, “Old men are dangerous: it doesn’t matter to them what is going to happen to the world.” At age 81, I find that to be a very comforting thought.

2 Responses to "Now For the Bad News"