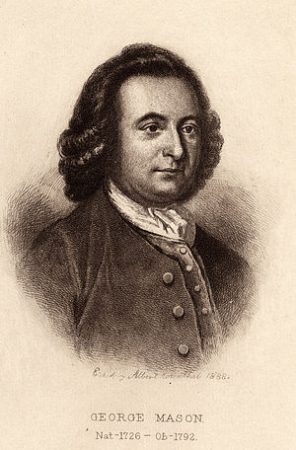 (Nov. 2, 2014) — Though I admit that the issue is far from resolved, “research builds on a series of studies that indicate that people’s general approach to social issues – more conservative or more progressive – is influenced by their genes.”  I suspect that the failure to fully understand that “influence” is a result of the lack of proper analytical tools – and perhaps the fear of some of what the final answer might be.

Nonetheless, I have come to believe that for me at least, this is very true.  The DNA sequence of my genome contains parts from five of my ancestors which compelled me in the fall of 2014 to embark on a course of action which in retrospect I am sure I had no choice but to follow. What each of these five saw was something few, if any, others could see.  As Arthur Schopenhauer said: “Talent hits a target no one else can hit; Genius hits a target no one else can see.” My genius, not in the Mensa way, but in the distinctly personal way, is that I now see what no one else seems to see:  The direct path to calling an Article V convention to the end of re-setting the balance of political power between the People and their out-of-control Federal government.

What follows is my journey on that path which necessarily starts with those five ancestors of mine and how they reacted to the environmental political stimulus of their times which was a strong predictor of how I would react in my time.

The first is my great, great, great, great, great, great Uncle George Mason.  At the Constitutional Convention of 1787, Mason vigorously opposed the provision that allowed the slave trade to continue until 1808 (despite being a slaveholder himself), referring to the slave trade as “disgraceful to mankind.”  But what really sets Mason apart from the other founding fathers, and what keeps him in a sense less well known than many others, is that he also vehemently objected to powers granted to the new federal government, which he believed to be ill-defined and overzealous. In fact, he said, “I would sooner chop off my right hand than put it to the Constitution as it now stands.”

In his home state of Virginia, he rallied against ratification of the final draft of the U.S. Constitution, and he never did sign it. His criticism of the rights given to the federal government over the people and states helped bring about the Bill of Rights as an addendum to the Constitution (although his earlier idea for a bill of rights was rejected). The Constitution was approved by a vote of 89 to 79 in September 1787. In December 1791, the U.S. Bill of Rights was ratified, putting to rest Mason’s concerns about the rights of the individual, and he died less than a year later.

In his Last Will and Testament, Mason wrote:

I recommend it to my sons from my own experience in life, to prefer the happiness of independence and a private station to the troubles and vexations of publick business, but if either their own inclinations or the necessity of the times should engage them in public affairs, I charge them on a father’s blessing never to let the motives of private interest or ambition induce them to betray, nor the terrors of poverty and disgrace, or the fear of danger or of death, deter them from asserting the liberty of their country and endeavoring to transmit to their posterity those sacred rights to which themselves were born.

I consider myself one of George Mason’s “sons,” and as such, though I would much prefer at this stage of my life the “happiness of independence and a private station,” I cannot, like George Mason, be still while “the necessity of the times” demands that I had to engage in the “public affairs.”

And so, in the Fall of 2014, I did do something which startled all those who learned of it.

People’s General Approach to Social Issues – More Conservative or More Progressive – Is Influenced by Their Genes added on Sunday, November 2, 2014