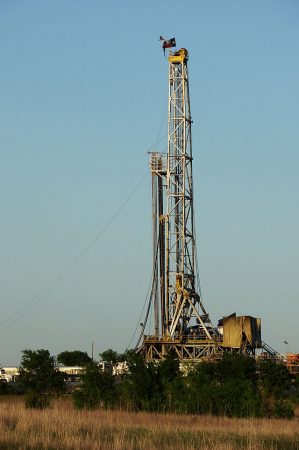 (Nov. 1, 2014) — “This is not the same industry we had 15 years ago,” Natural Gas Supply Association VP Jennifer Fordham said recently. That’s an understatement. The oil, petrochemical and manufacturing industries are also far different from those of 15 years ago. Together, they’ve created hundreds of thousands of new jobs and generated countless billions of dollars in economic activity. No thanks to the Obama Administration.

From EPA to Interior and even the Energy Department, the Administration continues to display a strong animosity toward fossil fuels. Its war on coal has hounded mines, power plants, jobs and communities. Its opposition to the Keystone XL pipeline has thwarted the creation of tens of thousands of construction jobs. Its bans on leasing, drilling and hydraulic fracturing on federal onshore and offshore lands have caused a 6% drop in oil production from those lands and a 28% plunge in natural gas output – costing thousands of jobs and tens of billions in bonus, rent, royalty and tax revenues to the U.S. Treasury.

Nevertheless, you’d think Obama regulators and policy makers would support natural gas pipelines. Even the Sierra Club promoted this fuel as a “clean alternative to coal” just a couple years ago. But no.

The fracking revolution on America’s state and private lands has unleashed a gusher of mammoth proportions. In just six years, 2008-2014, it has generated a 58% increase in oil production (from 5 million to 8 million barrels per day) – and a 21% rise in natural gas production. By the end of this year, U.S. crude oil production is projected to reach 9 million bpd. In the Marcellus Shale region, gas production is expected to reach 16 billion cubic feet a day, twice the volume of only two years ago.

However, this miraculous cornucopia is overwhelming the nation’s existing delivery systems and, far from striving to eliminate the bottleneck, the Obama Administration is creating new ones.

Not having the Keystone pipeline to transport Upper Midwest crude to refineries has forced oil companies to move that oil by train. Rail accidents have caused spills and deaths, but the regulatory focus has been on stronger tanker cars, with insufficient attention paid to track maintenance and safety – or pipelines.

Insufficient natural gas pipelines mean producers cannot deliver this vital fuel to homes, hospitals, factories and electricity generating plants, or to petrochemical plants that use it as a feed stock for literally thousands of products. Pipeline companies are clamoring for construction permits.

With supplies rising, prices for oil and natural gas are declining. Global crude oil prices have fallen more than $20 a barrel and are cheaper in the United States than in Europe.  Natural gas prices in the Marcellus area have been about half the U.S. benchmark price, which is below $4 per thousand cubic feet (mcf), compared to prices as high as $9 or even $20 per mcf (or Btu) in Europe and Asia. As a result, despite a clear need for gas, some drillers are re-examining their Marcellus plans, and an estimated 1,750 Pennsylvania natural gas wells are not currently producing because pipeline connections are not available.

Why are pipelines lagging behind production? First, pipeline companies build new capacity only when there is a demonstrated need. Second, and most important, pipeline permit approvals are being delayed.

A 2013 INGAA Foundation study found that the number of interstate natural gas pipeline authorizations issued more than 90 days after federal environmental assessments were completed climbed from 8% to 28% since Congress passed the 2005 Energy Policy Act. Rather than streamlining permits, as Congress had intended, the law had the opposite effect. It removed the Federal Energy Regulatory Commission’s ability to keep project reviews on a strict schedule, allowed both state and federal agencies to drag their heels on pipeline permitting, and opened the door to more objections by environmental pressure groups.

Authorization delays were caused by conflicts among federal agencies, as well as inadequate or under-trained agency staff, applicant changes to projects requiring additional or revised environmental review (often in response to environmentalist or other third-party protests and demands), site-access problems, and FERC and other agency reviews of requirements for mitigating asserted environmental impacts, INGAA concluded. Increased partisanship at FERC has also increased delays.

The Obama Army Corps of Engineers slowed pipeline permits by citing the Clean Water Act. Its Fish and Wildlife Service (USFWS) cited the Migratory Bird Treaty Act to justify slow-walking permits. Its Environmental Protection Agency wants to control all “waters of the United States” (WOTUS), so as to exert regulatory authority over activities on federal, state and private lands – including drilling, fracking and pipelines – in the name of sustainability, climate change prevention and other eco-mantras.

The MBTA bans the “taking” (harassing, harming, killing, capturing or wounding) of migratory birds, their nests and eggs related to natural gas pipelines and other projects. Because building a pipeline requires clearing a right-of-way, excavating and other activities that could affect wildlife for a short time, a permit is required. But native grasses soon cover the route, and state-of-the-art steel, valves and safety features greatly reduce the likelihood of ruptures and spills, compared to earlier generation pipelines.

And yet the Obama FWS drags its feet on pipeline permits – while approving numerous renewable energy projects beloved by the President and his “green” base, including massive wind turbines that slaughter millions of eagles, hawks, bats and other threatened, endangered and migratory species every year.

The FWS also blessed the huge Ivanpah Solar Electric Generating System on the Nevada/California border. It uses 300,000 mirrors to reflect the sun’s rays onto three 40-story water-filled towers to produce steam and generate electricity. Eagles, owls, falcons and other birds that fly between the solar panels and towers become “streamers,” because the 500-degree heat turns them into smoking, disintegrating corpses as they plummet to earth. There’s little left to find or bury – making it easy for Big Solar regulators, operators and promoters to claim “minimal” wildlife impacts. In fact, during the Ivanpah project’s environmental review, the FWS focused on desert tortoises and missed the bird crematorium issue.

Meanwhile, the Bureau of Land Management unveiled a sweeping plan that would revise longstanding resource management plans, to install buffer zones around “sensitive” Gunnison sage grouse habitats, impose seasonal restrictions on oil and gas drilling and livestock grazing, and close roads and trails wherever grouse are present. But in the midst of this effort, BLM and various state governments are also working to streamline “eco-friendly” solar, wind, geothermal and transmission line projects that they claim will reduce “dangerous” carbon dioxide emissions. Natural gas would do that, too, of course.

Natural gas is clean, affordable and reliable – if it can reach consumers through pipelines, which are the safest form of energy transportation. Unfortunately, the Obama principle seems to be: If it requires subsidies, raises energy prices, costs jobs, impacts thousands of acres, and butchers birds and bats – expedite approval. If it generates royalty and tax revenues, produces reliable, affordable energy, creates jobs, and has minimal impacts on endangered and migratory species – delay or ban it. Talk about crazy.

The administration’s fixation on ideological environmentalism is not helping the environment, the economy, or consumers. It is a political ploy designed to garner liberal votes and rake in more money from campaign donors like Tom Steyer, the billionaire hedge fund manager who got his money from coal.

America needs more pipelines. The Obama Administration needs to let industry build them. Perhaps a reconstituted Senate (with Harry Reid as Minority Leader) can lead the way. America will prosper!

Paul Driessen is senior policy analyst for the Committee For A Constructive Tomorrow (www.CFACT.org) and author of Eco-Imperialism: Green power – Black death and coauthor of Cracking Big Green: To save the world from the save-the-Earth money machine.

The Obama War on Pipelines added on Saturday, November 1, 2014

One Response to "The Obama War on Pipelines"