“WHY AREN’T THE RIGHTEOUS DOING SOMETHING?” 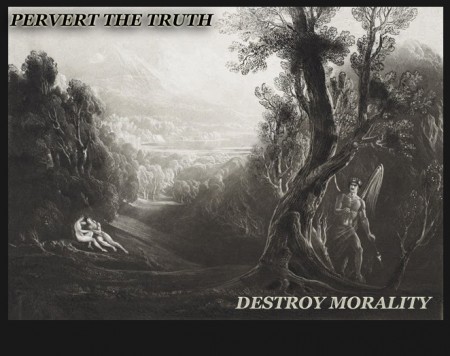 (Oct. 16, 2014) — Our Founders’ experience with a government that had exceeded its logical, moral, and spiritual authority greatly influenced the Constitution they would eventually design.  In our Declaration of Independence they expressed their reasons for declaring their independence from tyranny along with their belief that government’s primary role was to protect our God-given rights. Our Constitution and form of government was based on those basic beliefs about what government should be and how it should be limited in order to protect our God-given right of life, liberty, and the pursuit of happiness.  Immediately after ratification of the Constitution, our Founders agreed that they needed to amend the Constitution in order to protect our rights as citizens in addition to limiting government.  And so the first 10 Amendments that are referred to as our Bill of Rights were born.  The name The Bill of Rights appropriately became the reference for these first 10 amendments because that’s what they were:  amendments to protect our rights as distinguished from the Constitution that was designed to limit government.

Although the language in the Bill of Rights is clear, its meaning can still be twisted and misused. The 1st Amendment specifically states:

Congress shall make no law respecting an establishment of religion or prohibiting the free exercise thereof; or abridging the freedom of speech, or of the press; or the right of the people peaceably to assemble, and to petition the Government (sic) for a redress of grievances. (Emphasis added)

The section being discussed herein is emboldened above and was the very first part of the 1st Amendment that was agreed upon by our Founders and ratified by the states. There have been many writings built around this particular phrase which rightly rely on the understanding that this portion of the Amendment was written to protect the church from the state, and not the other way around.But ever since the Garden of Eden, Satan has managed to twist and pervert even the simplest statements.  He persuaded Eve and subsequently Adam to believe that if they ate of the forbidden fruit of the garden they would become like God.  Both Adam and Eve knew what God clearly said, but that didn’t stop them from believing Satan’s twisted interpretation.

Another example occurs after Christ was baptized and spent 40 days in the desert.  During this time of fasting, Satan unsuccessfully tempted Him by accurately quoting the Scripture but twisting its meaning.  In Matthew 4:5-7, Satan said:

If You are the Son of God, throw Yourself down.  For it is written: ‘He shall give His angels charge concerning you, and in their hands they shall bear you up, lest you dash your foot against a stone.’ (The emboldened part of the verse was quoted by Satan exactly as it is written in Ps. 91:11-12)

Of course we know that Jesus fully understood not only the word but the meaning of Scripture and quickly replied appropriately. However, it is important to understand that Satan did not misquote Scripture, he just perverted its meaning to suit his means. Such is the case with the 1st Amendment. No one, not even Satan, argues the language contained in the Amendment, but he can and he has managed to pervert its meaning, and consequently, today’s Adams and Eves still fall prey to his cunning. (Note: although it is not the subject of this writing, a similar argument applies to the 2nd Amendment.)

Satan’s triumph in this case has resulted in him and his minions successfully removing God from every aspect of political and public life – contrary to purpose of the Amendment.  It is quite remarkable that the perverted meaning of the Amendment does not seem to extend to those of the Muslim faith, who are permitted to pray just about anywhere and anytime they are so moved. Reports are beginning to come in that Muslim school children are allowed to pray in school in order to comply with their faith.  However, in 1962, Christian and Jewish children lost that right in the nation that is supposed to be “under God.”  And his perversion regarding Islam does not stop with prayer issues.  Satan and his minion have also perverted the meaning of “domestic terrorist” to mean a member of the tea party or constitutionalist while the Maj. Nidal Hasan and the Fort Hood travesty are called “workplace violence.” This begs the question:  if Satan has managed to protest and have the Judeo-Christian God removed from the public psyche in every way possible, including prayer in public, why hasn’t he done the same for Allah and those that worship him?  In these two instances, the violation of the state to intrude upon the church is also one that remarkably hints at the disparity between the Judeo-Christian God and Allah – where in an ungodly society, one is banned and censored and the other is allowed free rein. When it comes to demonic activity, who is being attacked is as important a consideration as who is not being attacked.

While the 1st Amendment was written by our Founders to protect our right to worship however we deem appropriate, Satan has used it as a tool against every thought of the Creator.  Even our public schools censor any data that supports creationism and the Creator, leaving unsuspecting children to believe that science has proven the God of Genesis does not exist. Apparently those who have allowed this to happen in different levels of society are not as savvy about the Bill of Rights as Jesus was about Scripture. You see, nowhere in the 1st Amendment is there any reference to protecting our right to worship as long as it doesn’t offend anyone. As a matter of fact, none of the rights listed that this Amendment was designed to protect are conditional.  In other words, they are our rights regardless if the government or someone else is offended by them.  And the Amendment goes further by prohibiting Congress from inhibiting that right and/or interfering with us as we exercise that right.  Shame on us for long accepting that our children cannot pray in school or that churches cannot speak out politically, which is also a violation of our 1st Amendment right of free speech. Our right to establish and exercise our religion is constitutionally protected, regardless of what any misinformed judge may decide.  And any judge who has ruled in any manner that inhibits that right should be immediately relieved of his or her position, for they have not proven to be keepers of the law but re-writers of the law.

While we allow this simple and clear Amendment to be perverted by God’s enemy, our country that was founded on biblical principles is crumbling before our very eyes.  Psalm 11:3 asks:  “If the foundations are destroyed, what shall the righteous do?” Perhaps the question for this day and age should be: as the foundations are being destroyed, why aren’t the righteous doing something?  The righteous may be content to live in their comfortable homes while faith in God and the practice of their faith is being inhibited and destroyed, but I can assure you that Satan is sitting on his throne in hell and laughing about his triumph over our Constitution and the public censorship of all godly faiths.  The truth is that there is nothing new under the sun.

There will always be people who prefer perversions to the truth. But are there any left that are willing to defend truth against the devil’s lies?  The future of the America we know and love may rest on the answer to that question.

2 Responses to "Pervert the Truth"